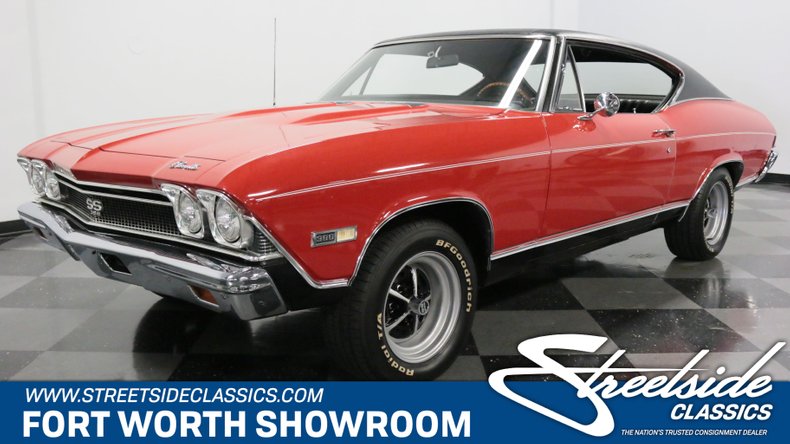 This 1968 Chevelle SS 396 is sure to hit a few high notes with Chevy fans: Big block engine. 4-speed manual. Red paint. And 100% ready to rumble. Restored to it's factory specs and built to be a drivable investment, this is a very impressive muscle car.

Classic Matador Red sure looks good on the Chevelle, doesn't it? Chevy's intermediate got a big facelift that started what is arguably the most popular line of muscle cars, and there's no question they got it right. Bodywork is good throughout, with great gaps and a smooth finish thanks to a lifetime of careful ownership. Look how nicely those quarters fit, the smooth, unbroken line that runs from nose to tail, and the gaps on the doors; this car was put together very carefully. The black vinyl top is surely a recent addition, because it's just too nice to be original, and there's no rust or signs of trouble underneath. Four headlights up front frame a shiny SS grille, while out back, a blacked-out tail panel with correct SS emblems highlights the bumper. The emblems say '396' and that's exactly what it's packing under the hood, not fooling anyone at the red light. I don't care what you're driving, you're going to think twice when a big block Chevelle rolls up next to you.

Inside, this one looks fantastic thanks to a set of slick black buckets and the coolest Hurst shifter ever invented. The original gauges are in great condition, more evidence of an easy life, including that unique square tachometer right in front of the driver. The back seat also sports clean seat covers, and plush black carpet was installed throughout the passenger compartment during the restoration. The big dash is straight and free of any cracks, and the star of the show is the Hurst T-handle shifter that's an easy reach for the driver, and almost begs to be slammed into each gear. Pumping tunes into the cabin is an AM/FM stereo that feeds speakers built into the kick panels and package shelf. In back, the very clean trunk offers a replacement mat, a jack assembly with full-sized spare tire on an original steel wheel.

The real story here, however, is the thumping 396 cubic inch big block V8 under the hood. With plenty of horsepower on tap, it's hilarious to think that this was just the base engine in the Chevelle SS in 1968. Rebuilt with a mild cam inside, it runs superbly and has been dressed to show-off. That means Chevy Orange paint, freshly chromed valve covers, and an open-element air cleaner with proper Turbo-Jet decals on top. Even the hoses and clamps appear to be proper reproduction pieces that will give this car an edge when the gawkers come around. It's backed by a quick-shifting 4-speed manual transmission and 12-bolt rear end, so the powertrain is virtually indestructible. There's evidence of good maintenance throughout, and ceramic coated headers feed a rumbling dual exhaust system with Flowmaster-style mufflers for a great soundtrack. The undercarriage is not detailed for show, but for hitting the road it's hard to beat a big block A-body. Handsome factory SS wheels with "396 SS" center caps are wrapped in right-sized 235/60/15 BFGoodrich T/A radials so it handles beautifully.

Clean, fast, and virtually bulletproof, this is the kind of Chevelle you've always wanted. Go ahead, indulge yourself and give us a call today! 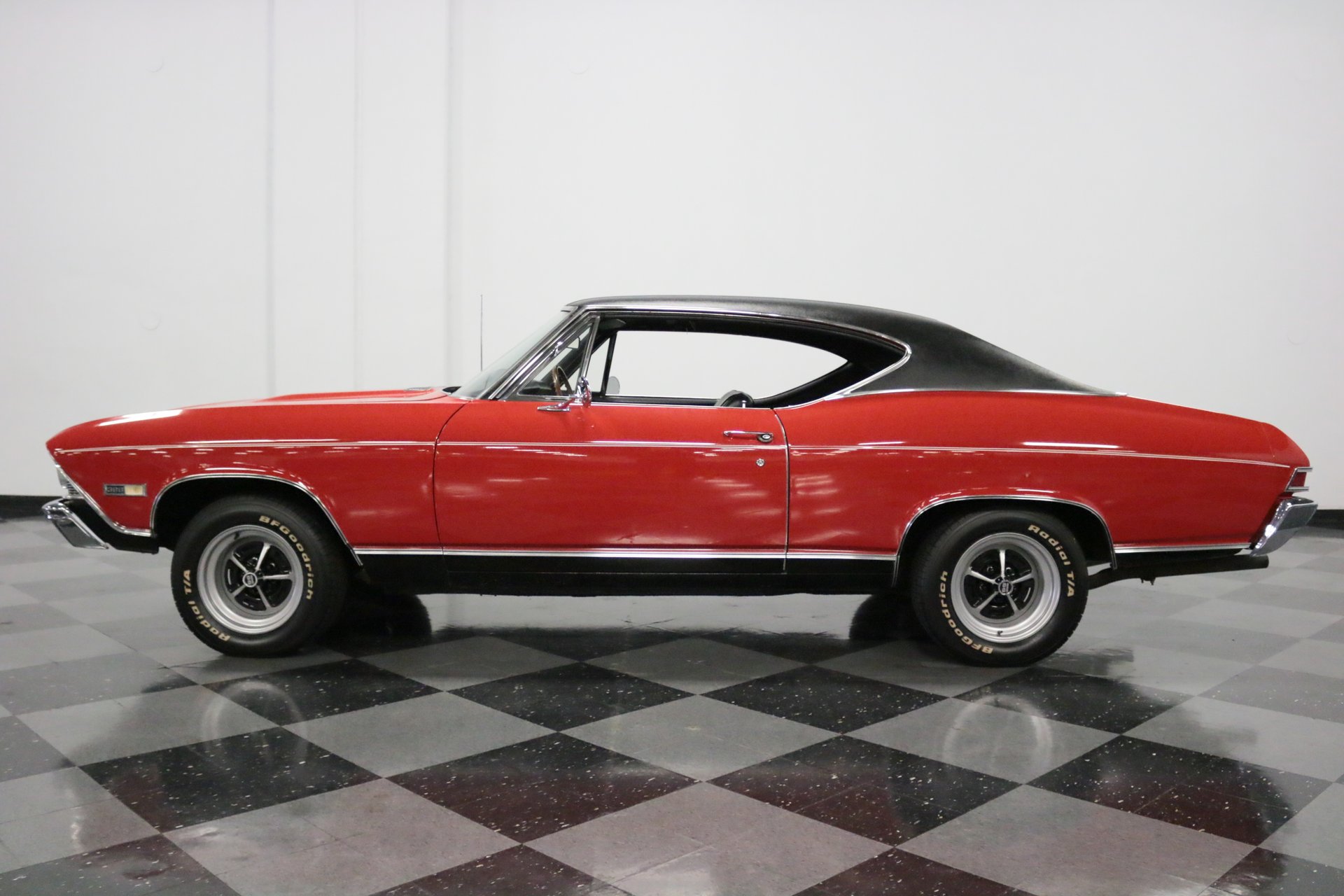