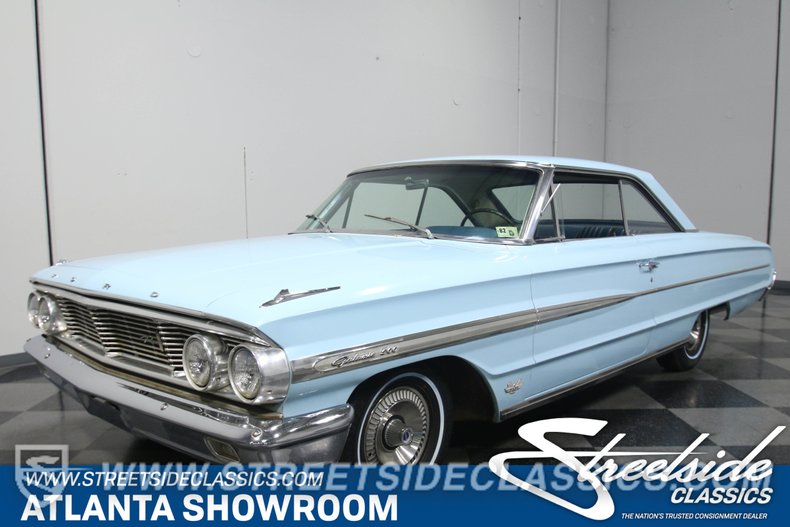 As far as we can tell, this Z-code 1964 Ford Galaxie 500 hardtop has 18,424 original miles. We can't prove it, but the car's remarkable originality, particularly the interior, makes a compelling case. Add in the big block 390 and a 4-speed, and even with the originality, you have a very desirable piece of early Ford muscle that gets everything right.

That code Y Skylight Blue paint has all the signs of being applied in 1964. It's a little dull, but a proper buff would wake it up, and there's exactly zero evidence that it has ever been repainted. The great thing about original paint is that you know there's original sheetmetal underneath, which means no botched bodywork, no hidden headaches, and no questions about rust. There are a few minor touch-ups here and there, as you'd expect from a 50-year-old car, but none of them detract from the impressive overall presentation. Gaps are excellent all around and the doors open and close with the kind of precision that it's often difficult to restore back into a car; you'll be amazed by how well they were built back then. In the same way, all the stainless trim is in great shape and it's still hanging where Ford workers installed it. The bumpers are definitely original, with the rear bumper showing some pitting, but the rest is in good order that shows a lifetime in a friendly climate.

The interior, however, is where this car really proves that it's a low-mileage piece. Check out the original blue upholstery, which remains in fantastic condition. No aftermarket repro kit could ever look that good and the handsome two-tone combination makes the car look as upscale as its image would suggest. It's always cool to see a 4-speed in a bench seat car, suggesting that the original owner was all about going fast, and there's a Hurst linkage on this one, so you'll never miss a gear. The instruments with their soft white faces are in good order and that big three-spoke steering wheel makes it easy to wheel this one around without power steering (remember how I said the original owner was serious about going fast?). The original AM radio is still working, the dash pad hasn't been cooked by the sun, the door panels aren't discolored, and, well, are you getting the idea that this car is legit? The trunk carries its original mats and a full-sized spare up front where it has been for decades.

The Z-code 390 cubic inch V8 under the hood appears to be original and while it's a little scruffy, it runs fantastically. A recent tune-up means it springs to life easily and the idle is deceptively smooth, so you won't expect the big hit of torque you get as you run it through the gears. Despite its built-for-combat specs, it remains almost entirely original with no questionable modifications, from the heavy-duty air cleaner to the expansion tan on the cooling system. Yes, it's dirty and the paint has worn off, but a professional detail would pay big dividends without erasing all that wonderful originality and patina. Just get it clean, but please don't restore it! The 4-speed snaps through the gears with precision that only comes from something that hasn't been abused and used up, and there are 3.20 gears out back so this is an easy cruiser. It burbles through a proper dual exhaust system and the rest of the undercarriage is about like the engine bay: grungy but original. Recent whitewall radials on the original steel wheels with full wheel covers keep the look pretty stock.

All the signs are there, there's little doubt this is an original car. It has just two owners, including the original owner who kept it for decades. If you like originality, this is the Galaxie for you. Call now! 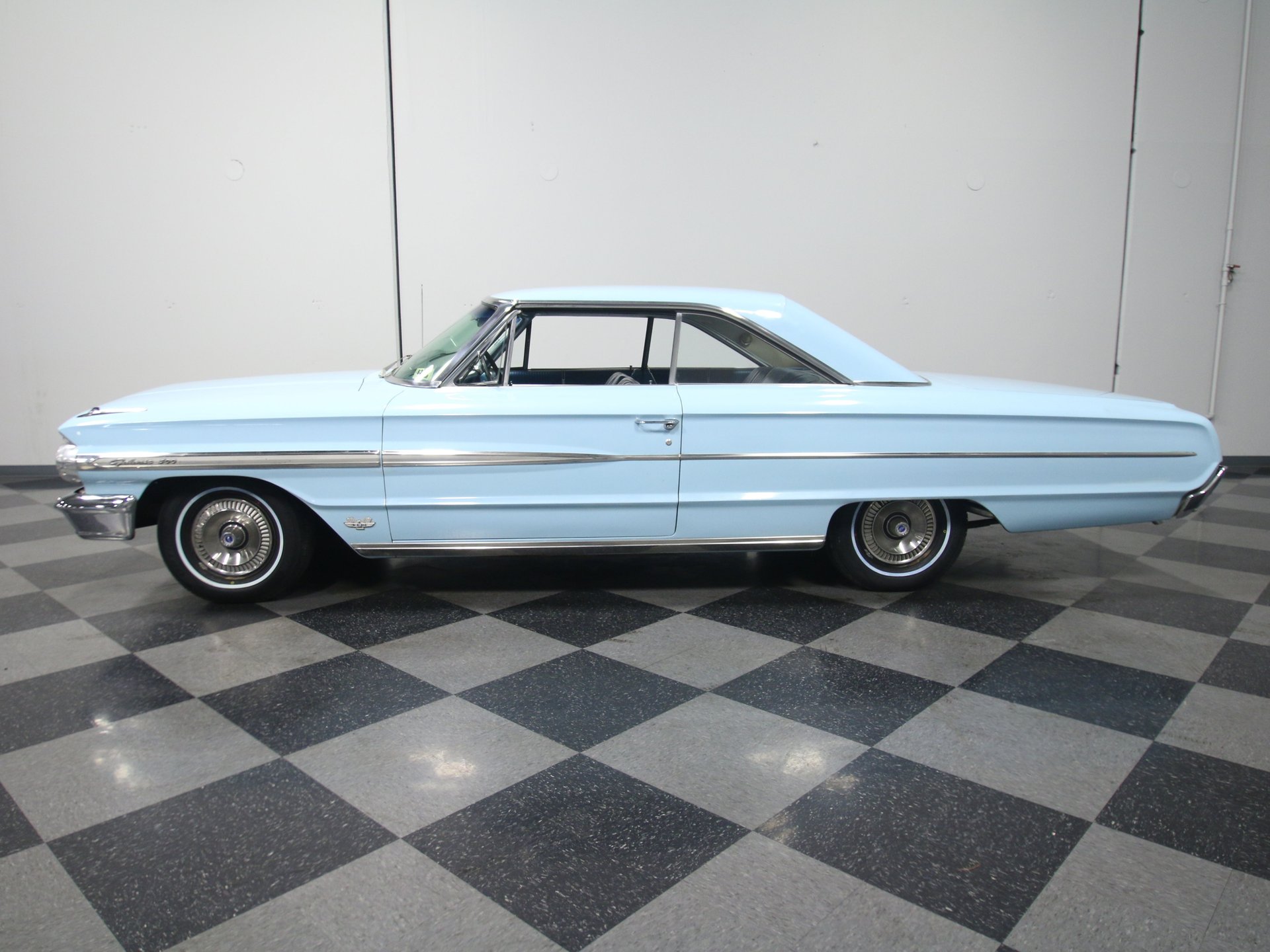