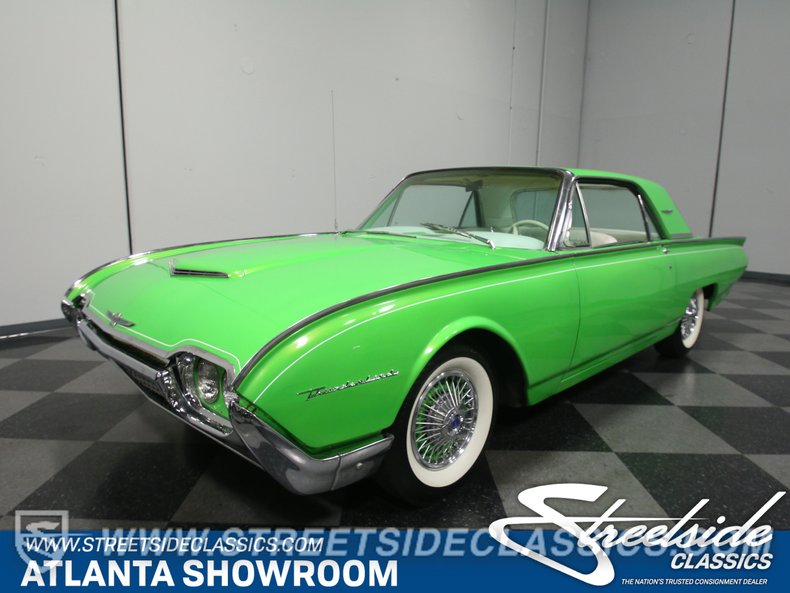 If there's a car that's ripe for a custom makeover, it's the ultra-cool "Bullet Birds" of 1960-1963. Cars like this 1962 Ford Thunderbird were so slick when they were new that adding a few traditional custom touches like the electric green paint and selective trim removal creates a car that looks dramatic without going too far beyond the original design. Too cool.

Yes, the color is going to get you noticed and we understand that it's not for everyone. But you have to admit that this is one good-looking car. A lot of that is due to the fact that Bullet Birds are perhaps the most handsome of the 4-seater Thunderbirds and their recently climbing values echo that sentiment. However, this car also looks great because it nails that custom look from the period, a combination of traditional styling cues and that spectacular green metallic paint. It's obvious that a ton of money went into the construction of this car, because the bodywork is fantastic, the gaps are exacting, and the car fits together better than most of its siblings. The rear fender skirts were deleted and it changes the look in a positive way, and a few formerly shiny parts were treated to green paint, just to make it look unique. Sure, there are signs of use and age, because this build was finished a few years ago, but if you want to be the center of attention, this car still totally nails it. Most of the chrome and stainless trim is intact, with some being nice original stuff and other pieces being restored during the build.

The white interior is pure custom, but again it takes the original design and only tweaks it instead of reinventing the wheel. Those are factory bucket seats wrapped in crisp white vinyl with green piping, as well as Thunderbird script embroidered on the seat backs. Dark green carpets anchor the look, and body-colored accents on the steering column, door panels, and center console tie it all together neatly. Things like the swing-away steering wheel, very cool round gauge pods, and three-spoke steering wheel were all retained, although the wheel now has a custom white wrap to match the upholstery. It's all still in quite good condition and we like the look, which will probably never go out of style. All the gauges work and the factory AM/FM radio remains in the dash, and it, too, is fully operational. The trunk is conservatively trimmed in dark green carpets, but the workmanship is first rate here, too.

The factory 390 cubic inch V8 was retained and remains pretty stock, albeit dressed up with matching electric green valve covers and a chrome air cleaner. Thanks to factory engineering, it starts easily, idles smoothly, and pulls the 'Bird around with surprising vigor, as if it were 700 pounds lighter than it is. It's clean and tidy under the hood, but as with all great customs, the engine isn't the point, just a tool. As such, it's a competent servant that works well. The 3-speed automatic transmission shifts well and with power steering and brakes, it's a breeze to handle around town. The undercarriage is tidy and includes a recent exhaust system with a muted V8 burble that's just about right. The wheels were painted green and fitted with chrome wire hubcaps that look awesome, plus a set of wide whitewall radials to finish off the look.

This is a really cool car and if you're a fan of early customs, this car gets a lot of things exactly right. With some TLC, this could be a stunner, but even as it sits, you'll find that you enjoy it far more than you expected. Call today! 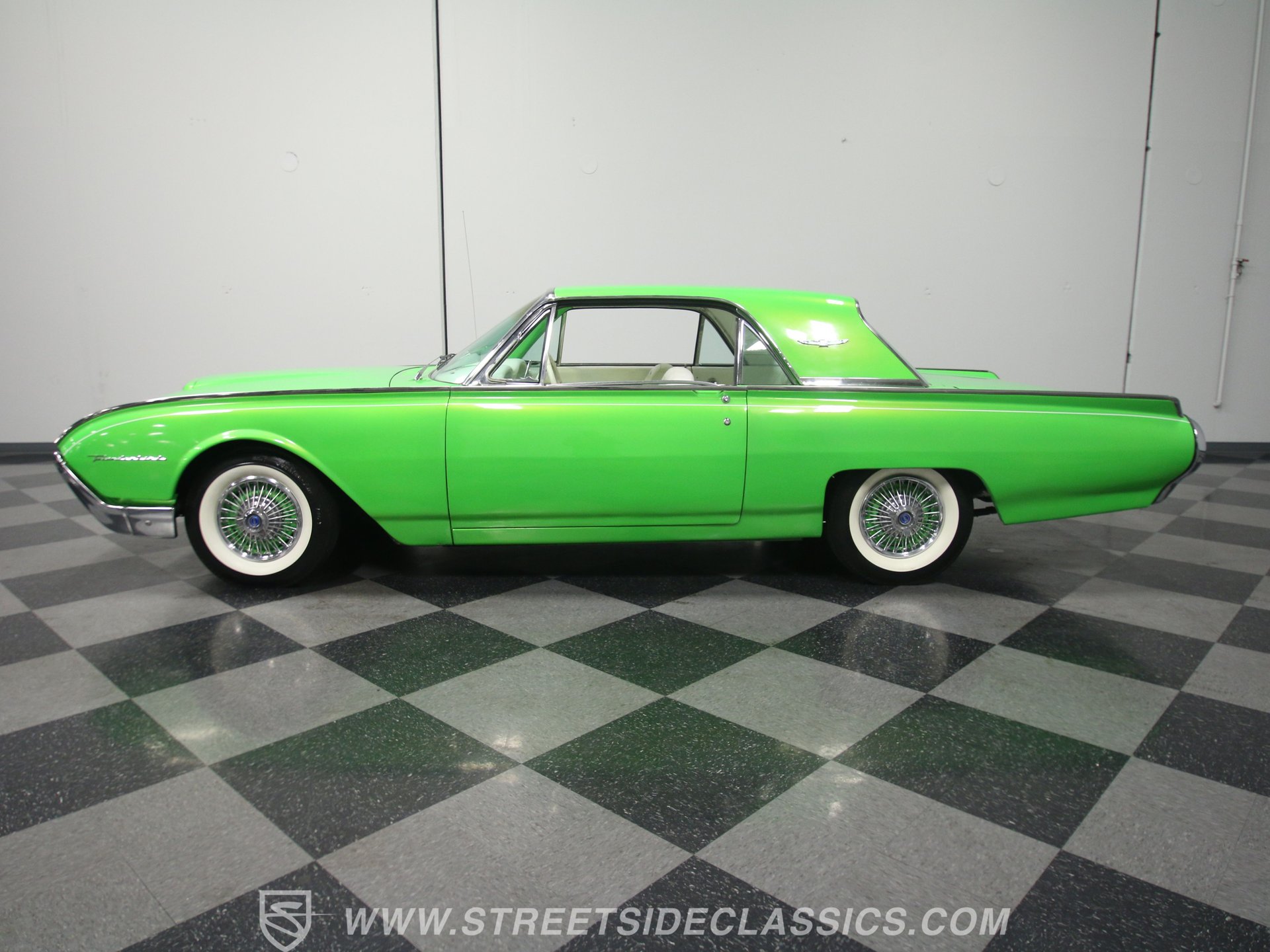