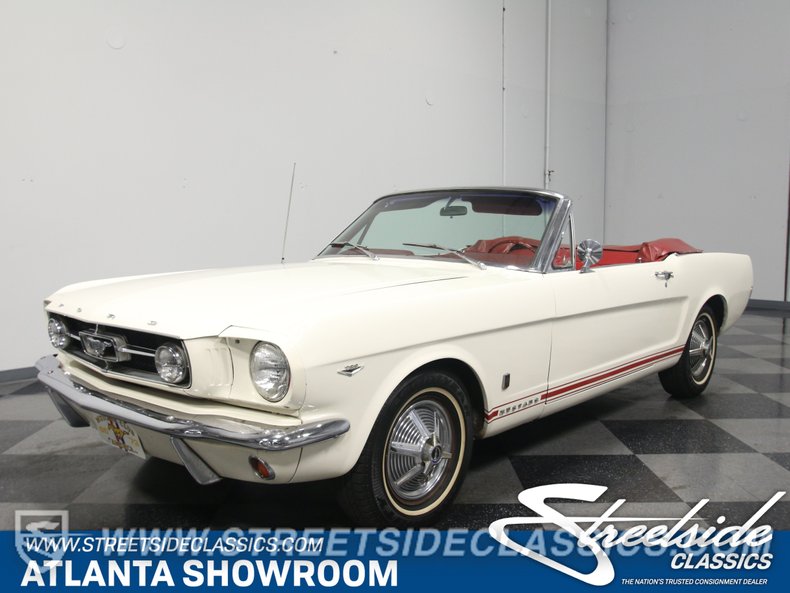 Early Mustangs have a lot of charm, and it'll be hard not to fall in love with this 1965 Ford Mustang convertible after you have a look. Flashy and sophisticated in Wimbledon White with a red interior and black top, it neatly bridges the gap between performance car and grand tourer.

The door tag says this one was originally Wimbledon White, and it wears that color today, a traditional look dating back to Mustang #001, and you can't argue that it doesn't work extremely well on the Mustang's classic shape. You don't need bright red to attract attention, as this car will draw a crowd everywhere it goes just by being an old Mustang, and once folks get up close, they'll be impressed by the quality. Although we can't prove it's a real GT, the GT's characteristic details are on full display, from the fog lights in the grille to the stripes running along the rocker panels to the exhaust trumpets poking through the rear valence. Fit and finish are easily up to factory standards and the modern paint has a shine worthy of a car that will have everyone's eyes on it. The chrome and stainless trim is in very good shape, adding to the Mustang's appealing look, and it carries proper '289' and 'GT' badges, more evidence that this is a real GT.

The beautiful red interior gives this car an awesome top-down look with lots of contrast and a look that just screams "Mustang!" Reproduction seat covers, fresh carpets, and reproduction door panels make it look decades younger, and it carries correct GT-spec gauges, not the standard instrument panel. And again, it's nice to see that they stuck to the stock equipment, so there are no aftermarket gauges hanging under the dash, just a factory console with the shifter for the C4 3-speed automatic transmission. It even carries what appears to be its original radio in the dash, a nice touch that looks right. A newer black convertible top fits snugly when it's up, sealing up well enough for those surprise summer rain showers and disappearing neatly under a matching red boot. The trunk is fitted with a correct plaid mat and full-sized spare tire that's never been used.

The engine bay is full of A-code 289 cubic inch V8. With a Holley 4-barrel, it probably makes a bit more than the stock 225 horsepower and runs superbly. A chrome air cleaner adds some flash in the otherwise monochromatic engine bay, and with all the recent parts you don't have to worry about hitting the road. The Ford Blue engine enamel might be original, and if that's the case, it certainly demonstrates that this car has led a good life, and you can clearly see that things like the belts, hoses, and other tune-up parts are new. There are disc brakes up front, which were standard on the GT, and power steering is always a nice addition to a cruiser like this. The engine is backed by a C4 3-speed automatic and 3.00 gears out back, so it's relaxed on the open road, with the 289's torque making it feel fast under any situation. Standard steel wheels with spinner hubcaps are a familiar Mustang look and carry a correct-looking set of Goodyear whitewall radials.

At this price, you'd expect a nice Mustang. But add in the fact that it appears to be a real GT, an awesome color combination, and an A-code V8, and you have something that will make you happy for years to come. Call today! 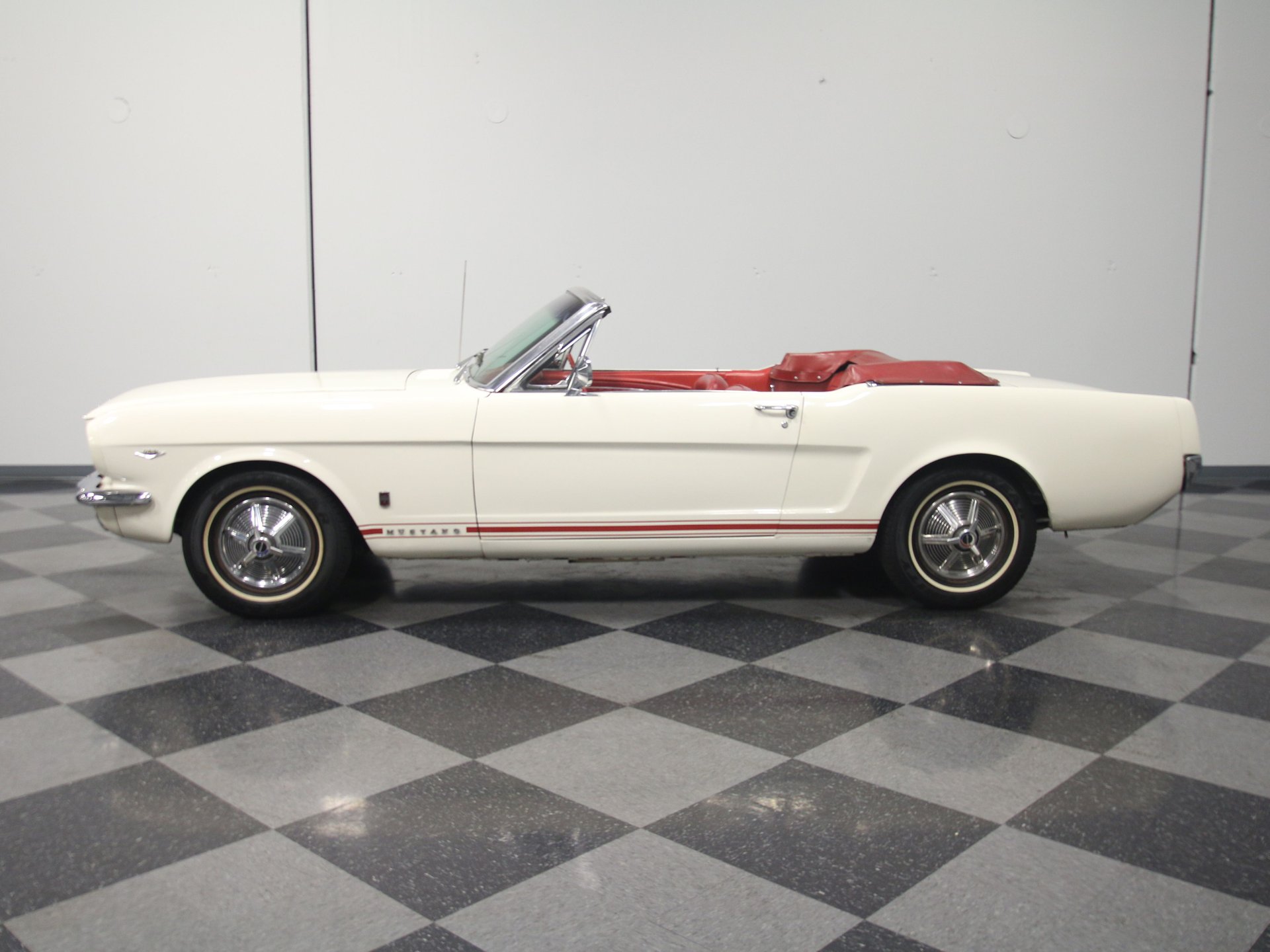