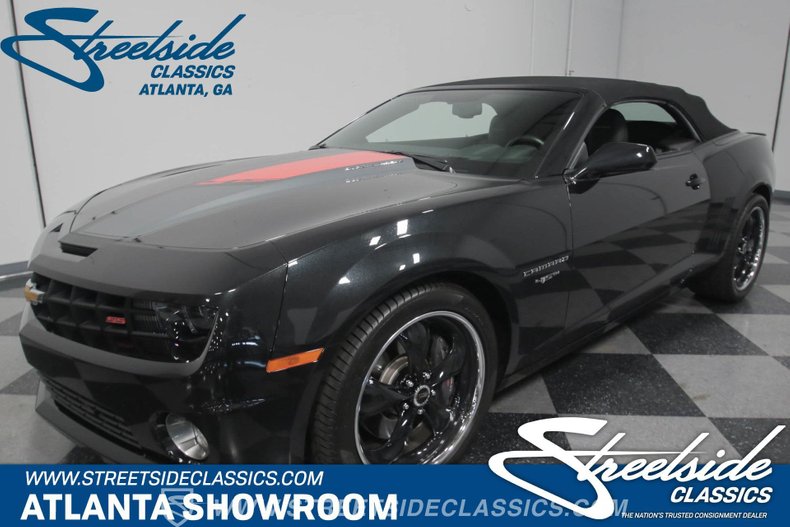 The name Hennessey means horsepower, and this 2012 Chevrolet Camaro SS convertible with a Hennessey HPE 650 performance package delivers the kind of mind-altering performance for which the tuner has become famous. Based on a 45th anniversary Camaro, it was delivered from the dealership to Hennessey's shop for the transformation when it was brand new, and it still lives under the tuner's 5-year, 100,000 mile warranty. Have fun!

At a glance, nobody's going to notice just how nasty this Camaro really is. The 45th Anniversary package included the black paint with silver and red graphics, some badges, and, well, not much else, so while it's interesting, it's not going to attract any untoward attention. With just 6894 original miles on it, obviously it has not been used often or in inclement weather, so it still presents as virtually new. GM's workmanship has improved considerably over just a few years ago, so the inky black paint is deep and rich and the decals show restraint that was practically unimaginable from GM back in the '90s. It's still got that awesome Camaro look, with a deep front air dam, an almost chopped profile, and styling cues that tie it visually to the first-generation cars back in the '60s. Hennessey, to their credit, kept their badging to a minimum, with just a script emblem on the trunk lid, although by the time anyone notices that, it's probably too late anyway.

Likewise, the interior stays pretty stock, including the very comfortable bucket seats with 45th Anniversary embroidery plus the Hennessey logo on the headrests. Of course this is a 6-speed car (how else would you want to manage 655 horsepower?) and the factory did a great job of giving it an old-school vibe with modern tech. Auxiliary gauges are down on the console, just like they were in 1969, but the rest is very much 21st century. Everything you can imagine is standard equipment, from automatic climate control to power everything to a great-sounding AM/FM/CD/iPod/satellite stereo system with Boston Acoustics speakers. There are some serial number badges on the dash and Hennessey added their own premium floor mats, too. The heads-up display is actually fairly useful on a car where things happen as quickly as they do here, yet it still retains its ability to cruise with the power convertible top disappearing into the rear deck in just a few seconds. And even with the top down, there's a decent-sized trunk that makes this a great car for quick weekend getaways.

The horsepower comes from a TVS2300 supercharger that force-feeds the 6.2 liter LS3 V8 through a set of high-flow cylinder heads. A custom camshaft helps make the most of it, and Hennessey tunes it to run like a stocker. And to cope with that power, there are ancillary upgrades like a 160 degree thermostat, high-flow fuel injectors, high-flow catalytic converters, and stainless long-tube headers. It's docile when you aren't running hard, but full throttle means things get insane almost instantly, so be ready. It sounds spectacular thanks to a custom exhaust system and if you do get in over your head, they've thoughtfully included a set of gigantic Brembo brakes. The limited slip rear end does its best to channel the power to giant 305/35/20 tires (fronts are 275/40/20s) on a set of custom painted Foose wheels.

Heavily documented with the original window sticker, build sheet, manuals, invoices, and build receipts, this is an incredible performance machine that's available for pennies on the dollar and offers the performance of the latest and greatest from the factory. Call now! 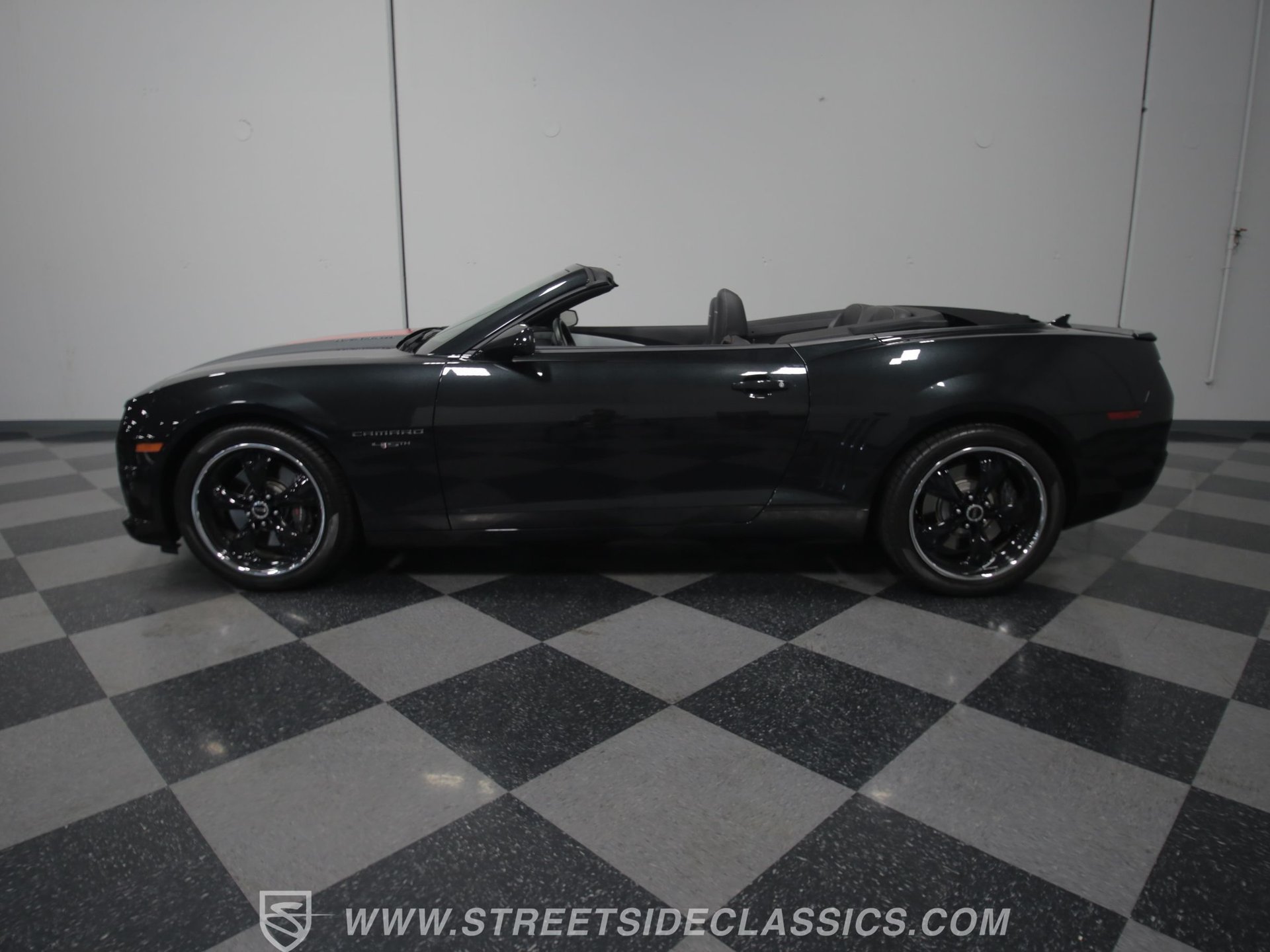