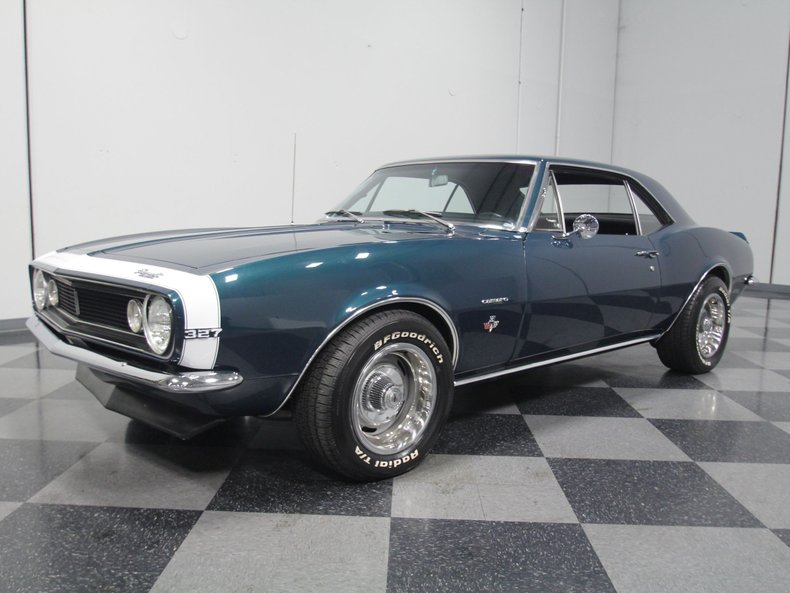 This 1967 Chevrolet Camaro is one of those cool cars that takes all that's great about the Camaro and adds a few custom touches. With a great-running 327 under the hood that churns a 4-speed manual transmission, this turquoise Camaro is the one we all wished for when we were kids.

Finished in gorgeous Tahoe Turquoise with a white nose stripe, it perfectly captures the blend of elegance and performance that identified the Camaro from the very start. Adding a chin spoiler and a factory-style ducktail spoiler emphasizes the Camaro's aggressive look, and it was finished to a good standard several years ago. The paint is two-stage urethane that shows a depth and shine suggesting many hours were spent prepping and sanding the surface, and an equal amount of time was invested buffing the paint once it had been applied. It shows some signs of use today, of course, but you can't beat the look of this car when everyone else's is red or orange. It's kind of nice to see it in stock form with no SS or RS equipment, including fixed headlights and simple Camaro badges, and the trim appears to be in good original condition. Looking at this one in person, it's hard to beat a first-generation F-body for the perfect blend of aggression and style.

The tidy black interior boasts a set of deluxe seat covers front and back, as well as replacement door panels and fresh carpets on the floor. Everything was optional on the early Camaros, so there aren't a lot of options, but it does have a console with a Hurst cue ball shifter and anything that wasn't included has been added along the way. You'll find auxiliary gauges under the dash, a three-spoke steering wheel with a fat, grippy rim, and a decent-sounding Kenwood AM/FM/cassette stereo head unit in the dash. The seats appear to have a little extra stuffing in them to help hold you in place during aggressive driving and we do like the look. Factory gauges have bright markings and the lenses are clear, shaking off the idea that this car is about to turn 50. Open the trunk and you'll find a relocated battery, full-sized spare tire, and no signs of trouble, so no worries about taking this one home.

All the badges on the fenders and the original style decal on the air cleaner all say '327,' indicating the size of the V8 under the hood. With a nice combination of original componentry and dress-up items, the engine bay shows well with finned valve covers and a chrome air cleaner, low-key black paint on the block, and trick hose clamps on all the hoses. An Edelbrock carburetor on a shiny intake manifold builds power and a new water pump and aluminum radiator keep it cool without a fuss. Ceramic-coated long-tube headers feed a dual exhaust system with Flowmaster mufflers, and believe me, this sucker snarls. And as long as you're under there, have a look at the Tremec 5-speed manual transmission, the 10-bolt rear end, the solid floors coated in satin black paint, and the new gas tank and fresh brake and fuel lines. Keeping the car traditional are those gorgeous Corvette Rallys, which wear 235/60/15 BFGoodrich T/A radials.

This cool Camaro hardtop is one of those once-in-a-lifetime cars: a nicely built, tastefully modified early Camaro with all the right gear, ready to rock. What else do you need? Call today! 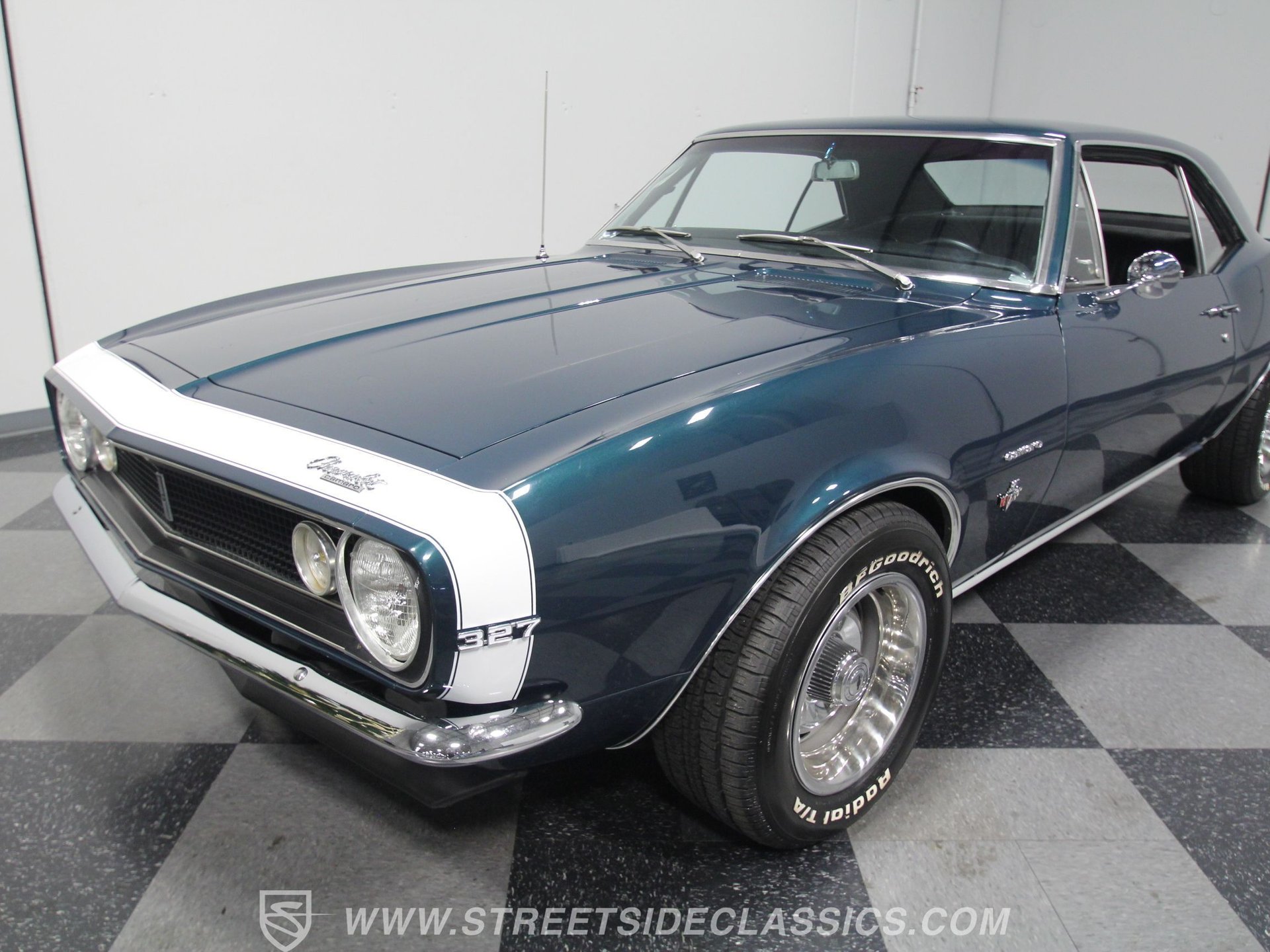