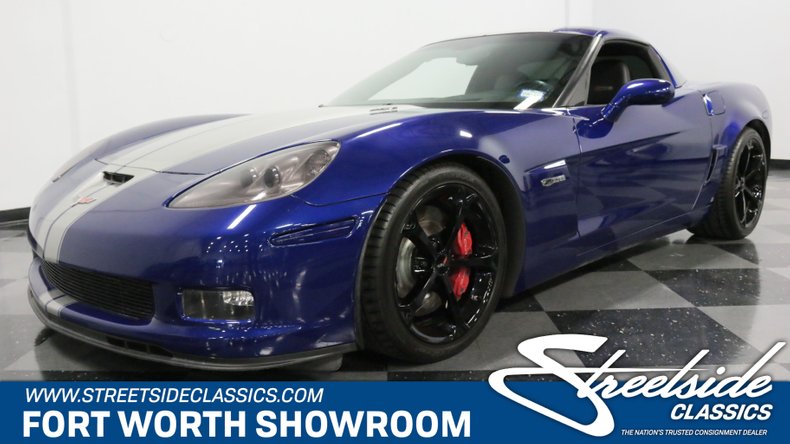 This 2006 Chevrolet Corvette Z06 is an unusually striking, world class performance machine. Lightly traveled, with under 40,000 miles logged, it harbors extreme power under its hood that puts it in very select automotive company. It's the Corvette in its most extreme, optimized state - a unique blend of raw strength and advanced technology - and promises to provide a virtually unrivaled driving experience for its next owner.

This upper-echelon 'Vette wears a high impact, dark blue metallic shade that's ornamented with tapering broad silver stripes across its hood and roof, and draped over its tail. It's a custom paint job and a very cool, well-executed one at that. And even with the two marks on the front nose and a crack in the windshield, it still has massive curb appeal that makes this Z06 stand out in any automotive crowd, no matter how distinguished. The sheer electricity of the paint draws you in from far away and the silver accents show sharp edges as they properly convey an aftermarket vibe. From the front, the look of the Z06's distinctive front fascia, with its prominent inlet, sitting underneath the signature headlights with their silver interior casings is about as cool as it gets. Come around to the side and you'll no doubt notice the LED side marker lights, which really pop against their blue background, as well as the functional scoops sitting just in front of the rear tires to help cool the rear brakes. The sixth generation Corvette form is an absolute winner - it's pretty easy to see why this special edition model was chosen to be the pace car for both the Daytona 500 and Indianapolis 500 the year this '06 debuted.

Climb inside and you'll be greeted by an awesome driving environment. The black leather interior is very clean, with a pair of well-contoured bucket seats sitting at the center, featuring silver-accented covers that show very little use as they straddle a properly badged center console. Over the years, Corvettes have been equipped with some of the most inspired and stylish dash areas around, and the example on display here is a great representative, featuring an instrument cluster with perfectly illuminated, clear gauges and well laid out controls, all of which are functional. Over the top sits a fresh-looking dash pad and toward the center you'll no doubt notice the prominent display for the aftermarket JVC touch screen media player, which features AM/FM/CD capabilities, as well as connectivity for an iPod. There's no shortage of comfort and convenience features - heated power seats, power windows and door locks take their places alongside the heads-up display, probably the coolest feature of them all, affording the ability to read vital motoring functions projected onto the lower windshield.

The power on hand is exceptional, even for the lofty standards set by the Z06 designation. The LS7 V8 under the hood was already potent in its naturally aspirated form, and this supercharged specimen takes that substantially further - churning out an outstanding 599 horsepower and 578 lb-ft of torque. These aren't estimates - the dyno sheet is included as proof. This otherworldly powerful engine sits in a very clean engine bay looking new while sporting a pair of contrasting red factory valve covers, and is paired with a 6-speed manual transmission that puts the exceptional output under your full control. The Z06's low aerodynamic profile combines with precise power steering to make it a world class corner carver, while substantially sized power disc brakes at all four corners bring it to a stop in a hurry. A dynamic representative of homegrown American performance, it melts the asphalt on its set of special issue Z06 black wheels - 18" in front and 19" in back - that feature Hankook Ventus tires.

This car currently has a rebuilt Texas title because of a single car accident in WA state where the car scraped a guard rail on passenger side. Carfax, Autocheck, pictures of damage and complete repair list available. 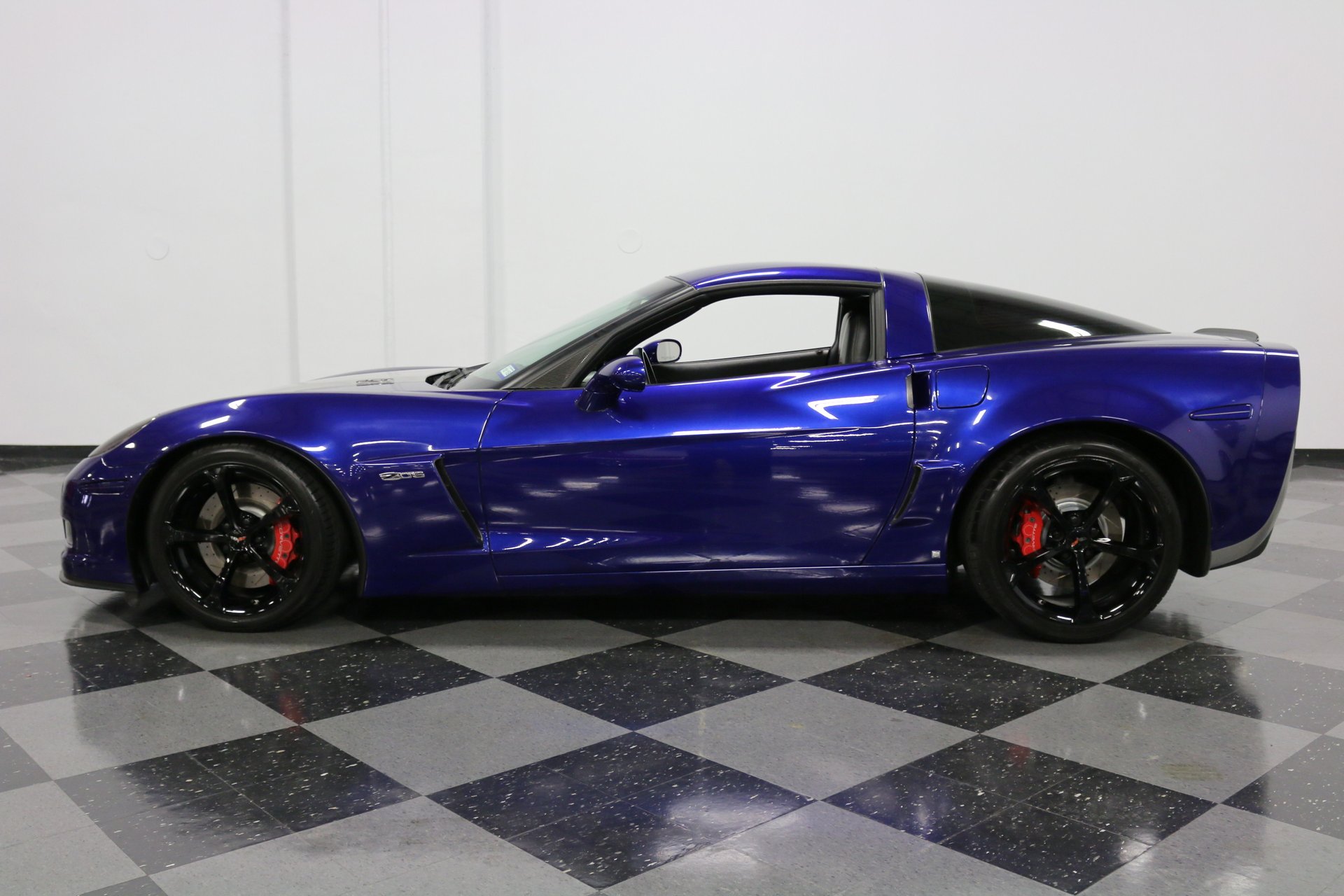