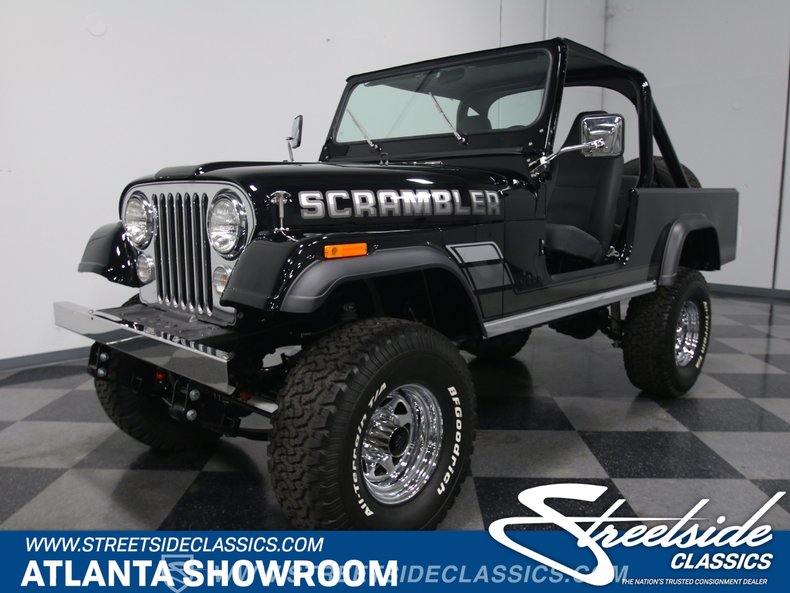 Jeep has recently rolled out a Wrangler-based pickup prototype, but the idea isn't new. This 1981 Jeep CJ8 Scrambler is proof of concept thirty years ago, and is dressed in a cool black on black color scheme that works perfectly with the Jeep's off-road mission. With this frame-off restored 4x4, you can go anywhere and take a bunch of your stuff with you!

The CJ8 was a longer version of the CJ7, which had both the benefit of increasing cargo capacity and improving the on-road ride. Only a handful were built during six years of production, and the numbers in 1981 didn't even break 3000, so finding one this nice today is quite unexpected. It has been expertly nut-and-bolt restored, and the paint it wears today has an awesome look that isn't as flashy as you'd expect for 1981, but works extremely well today. Custom-made silver and gray Scrambler decals have been reinstalled and the few bits of chrome make it seem dressed up. Aggressive rubber flares for the fenders which allow oversized tires and protect the bodywork when you're off road. Simple bumpers, a roll bar, a rear-mounted spare, and the roll bar overhead give it a no-nonsense look that suits it well.

Like all CJs, the CJ8 Scrambler is basic inside, catering to the guy who understands that playing outside is a dirty affair. Fortunately, comfort and simplicity can live together in the form of supportive black bucket seats over a floor coated in spray-on bedliner material. Have fun, get dirty, hose it all off and do it again, it's the Jeep way. The gauges are in the center of the dash, where they've lived for decades, and there's a chrome surround to help brighten things up a bit. There is no radio, just a block-off plate, so installing one would be easy but if you're doing this Jeep thing correctly, you probably won't need it. An aftermarket center console provides some weatherproof storage and a pair of cup holders (good luck with those on the trail!), and there's a grab bar for passengers. You'll also note there are three pedals on the floor and a 5-speed gearbox, a feature that transforms this from toy to a vehicle that can actually be used in the real world. There's also a bikini top overhead, offering a modicum of protection from sun and rain when you're out having fun. This thing looks and feels brand-new inside, but it's all been purposely put together to weather any storm.

To go with its added size, this CJ8 Scrambler carries a freshly rebuilt 258 cubic inch inline-6 under the squared-off hood. With plenty of torque to move this 4x4 over any terrain, it makes pleasant six-cylinder noises and is the perfect partner to the 5-speed transmission, making climbing around off-road a low-stress proposition. Nicely finished with a Weber 2-barrel carburetor, aftermarket headers, and an overall clean look that suggests nothing was overlooked during the rebuild. It also offers power steering and front disc brakes to help out when the going gets tough, and a soundtrack provided by a fresh exhaust system underneath. In fact, almost everything underneath looks new, including the 4-inch lift kit and the axles, driveshafts, and the suspension bushings. Chrome wheels have a traditional Jeep look and carry oversized 33x12.5-15 BFGoodrich all-terrain tires.

A neat footnote in Jeep history that's suddenly back in fashion, this Scrambler is also a great collectable that can still go anywhere. This may be the cleanest, easy-driving Scrambler we've ever had, and with that stunning look, it won't last long. Call today! 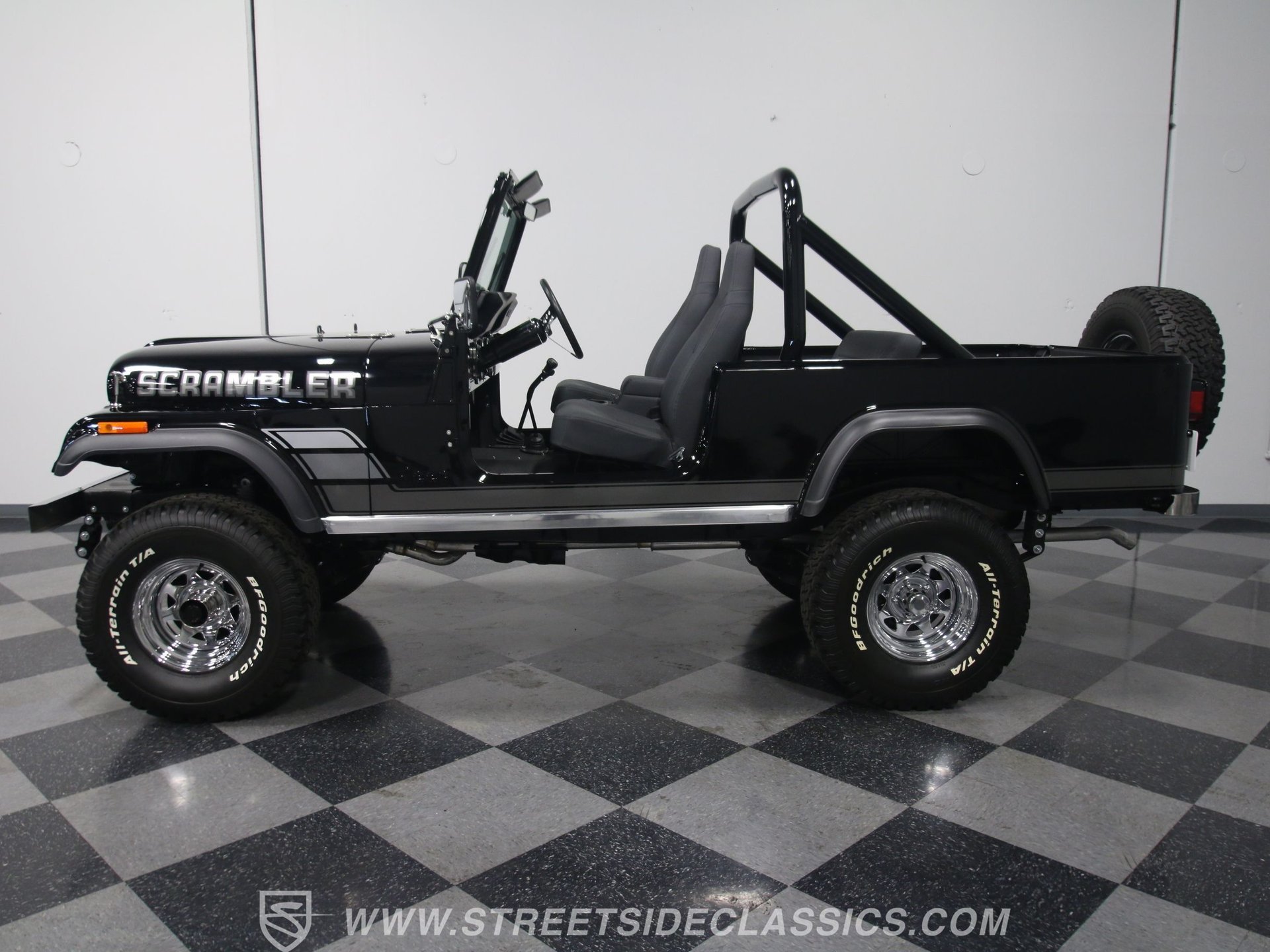