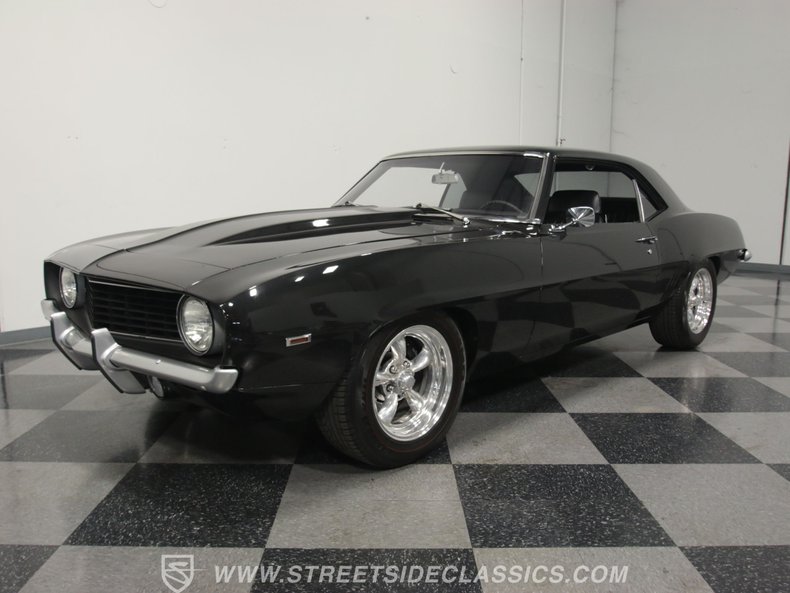 This 1969 Chevrolet Camaro checks all the right buttons for a Camaro fan. Black? Check. Gorgeous updated interior? Check. Big block engine? Check. To have more fun than this will take a lot more cash, and I'll bet that the owner of this car has a lot more fun behind the wheel than the guy who owns an uber-rare matching-numbers piece.

There's a lot of truth to the adage that nothing looks better than black, especially on the timeless 1969 Camaro bodywork. The workmanship is quite good, and it's nice to see someone spending the long dollar on a car that's built for the road. Good panel gaps and proper alignment give it an awesome look, and by leaving off all the badges and stripes (not even a ducktail spoiler!), this F-body has an ultra-clean, sleek look. A cowl induction hood is welcome, since it doesn't distract from the overall look, and being brutally black, you know this car commands a lot of respect on the street. It's not quite stock, but the additions don't erase all that's awesome about the factory's work. You'll note that the bumpers aren't chrome, they've been powdercoated silver for a high-tech look that's subtle and they pretty much skipped anything that was sparkly save for the bare necessities. This is one great-looking Camaro.

Upscale and sophisticated, the interior uses slightly more sculpted seat covers to provide a bit more support during aggressive driving without losing the 1969 look. Fresh door panels continue the "less is more" theme set by the exterior, offering no emblems but just a simple grab handle, some trim, and the power window switches. The in-dash instruments appear to be original, including a factory tachometer, and they're augmented by a cool cluster of gauges in the center console that emulate the factory setup but offer a slightly modern twist. Blue accent lighting throughout the interior adds to the high-tech feel and that horseshoe shifter now manages four forward gears instead of three. An AM/FM/CD stereo radio in the dash drives a set of Alpine subwoofers, speakers, and amplifiers, but when you're driving this car, the radio suddenly doesn't seem like a priority. There's also cold A/C, a tilt steering column, and a fresh three-spoke wheel that looks period correct. The trunk is very clean, with a built in battery box and no signs of previous trouble with rust.

The stout 396 cubic inch V8 is built for combat. It looks pretty much the way the factory would have done it, with OEM-grade detailing that includes an open-element air cleaner in a proper cowl induction housing, Chevy Orange paint on the block, and an aluminum intake manifold. 427 heads, a big Holley carburetor, MSD ignition, and a Mother Thumper cam inside all add up to a very impressive 575 horsepower at the crank. With just a few hundred shake-down miles, it's still very fresh and pulls the Camaro around like it suddenly lost 1000 pounds. Of course, the 4-speed automatic transmission makes a huge impact on the car's roadability, with a towering overdrive that lets that big block just loaf along at highway speeds. Underneath, it's ready for combat with a Heidts PRO-G suspension, 4-link for the custom 9-inch rear end, and Wilwood disc brakes all around. All that tech is neatly hidden behind a set of traditional Torque Thrust wheels, which carry modern 235/60/16 blackwall radials that fill the fenders perfectly.

Clean, simple, and impressively upgraded, this is the kind of Camaro you've always wanted to own. Call today! 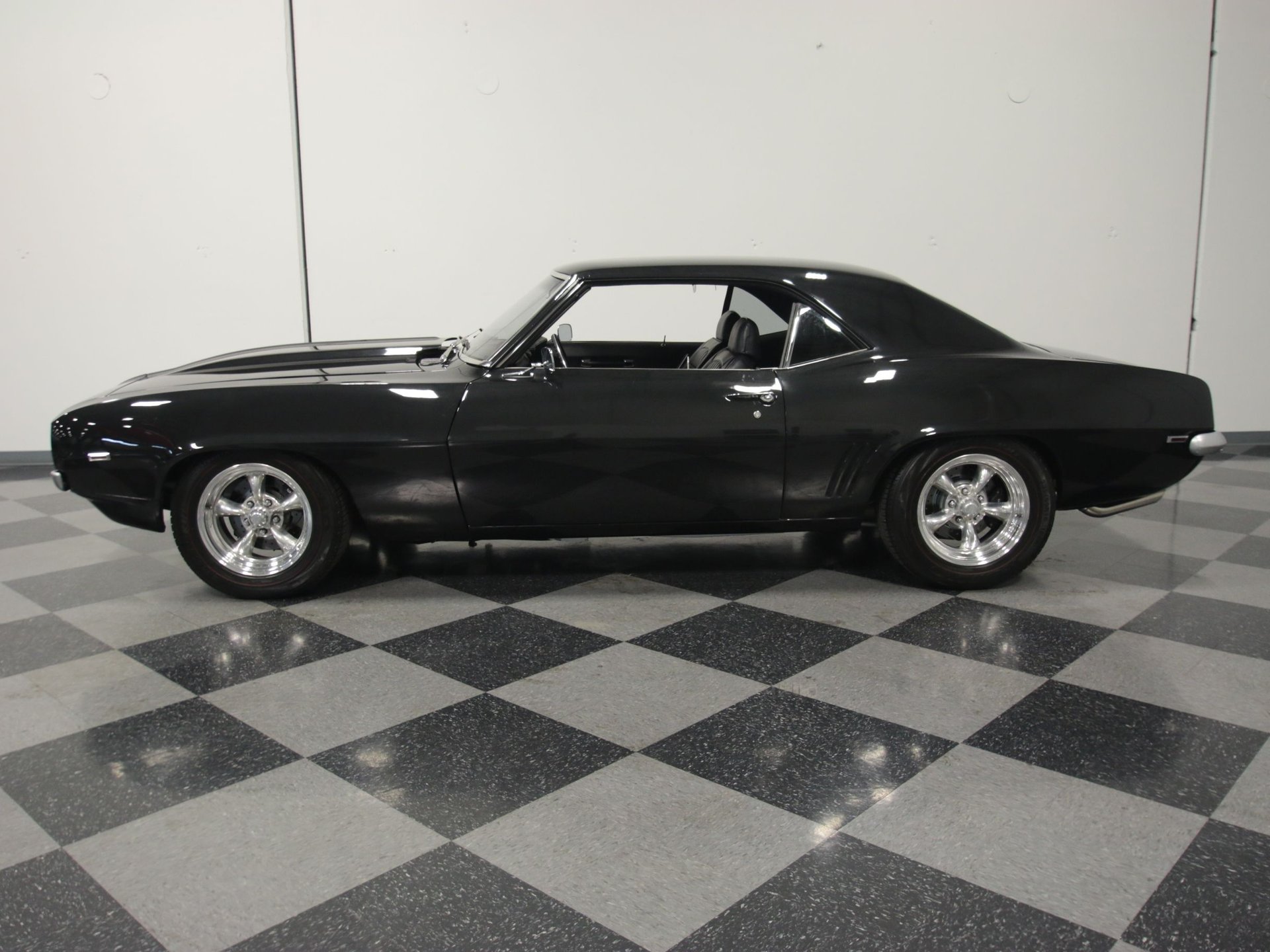