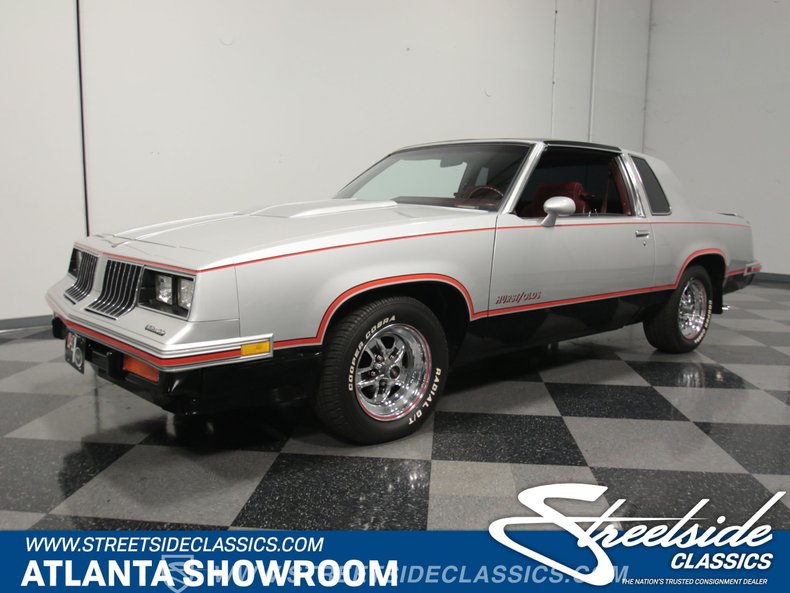 In the dark days of the early '80s, it was Oldsmobile who carried the torch best with cars like this 1983 Oldsmobile Cutlass AKA the "Hurst/Olds." Teaming up once again with the shifter folks at Hurst, they delivered a great-looking twist on the familiar Cutlass that delivered great looks and a surprisingly potent drivetrain, and you'll simply never get tired of the questions and comments about the unusual "lightning rod" shifter setup.

The Hurst/Olds was never about being subtle, and this '84 continues the grand tradition with an awesome silver-over-black paint job (the opposite of the 1983 models), blacked-out trim, red stripes, and the usual spoilers and scoops. To be honest, the transformed Cutlass looks fantastic in its war paint, and this one has held up well over the last 30 years. I has been recently repainted, so it shows very few signs of being driven and enjoyed, and the silver paint has a great shine, the decals remain are affixed to the sheetmetal, and all the parts unique to the Hurst cars are intact. These were limited-edition pieces, so collectors snatched them up and protected them from the rigors of daily use, so it really should be no surprise that this one looks so good after all these years. The formal GM G-body shape works remarkably well with the aggressive Hurst upgrades and removing all the chrome does wonders for the transformation from plush luxury cruiser to street brawler.

The Hurst/Olds also got bucket seats and a proper console, something few other Oldsmobiles of the era can claim. GM was into maroon cloth upholstery back then, and it actually works pretty well with the two-tone exterior, adding an appropriately upscale look to the driver's compartment. And, of course, you just can't miss the special Hurst shifter setup that gives full manual control of the automatic transmission underneath. There's very minor wear evident, mostly on the driver's seat which has some very minor stretching but that's simply more proof that this car is a lot more fun to drive than you'd think. Of course, it also came loaded with A/C, power windows and locks, cruise control, a tilt wheel, and even rear defroster, as well as T-tops for open-air cruising. The instrument panel is a performance-oriented setup, now upgraded with Dakota Digital instruments that look very cool, and an upgraded AM/FM/CD stereo system in the dash, a big step up from the early '80s cassette deck. The trunk is also neatly finished with black carpets and a space-saver spare.

Oldsmobile performance amounted to their rugged and torquey 307 cubic inch V8, which it turns out is virtually indestructible. Fortified with an upgraded camshaft, Holley 4-barrel carburetor, Edelbrock intake manifold, long-tube headers, and a true dual exhaust system, it earns its stripes the hard way and moves the coupe with genuine vigor. Olds gave you a chrome air cleaner lid to suggest you were getting something special, which is certainly the case with this great-running V8. It was rebuilt about 10,000 miles ago and the engine bay is very tidy, more proof that this car has always been loved. The A/C system has been converted to R134a refrigerant, and fresh belts and hoses ensure reliability. The TH350 3-speed automatic transmission has been rebuilt with a shift kit and the exhaust system features Flowmaster mufflers, so it has that old school horsepower sound. Flashy Oldsmobile Rally wheels wear fat 265/60/15 white-letter tires, completing the street-racer look.

These cool Hurst/Olds coupes are the kinds of cars that will be tomorrow's collectables, but you'll be having too much fun driving it to worry about the next guy. Call today! 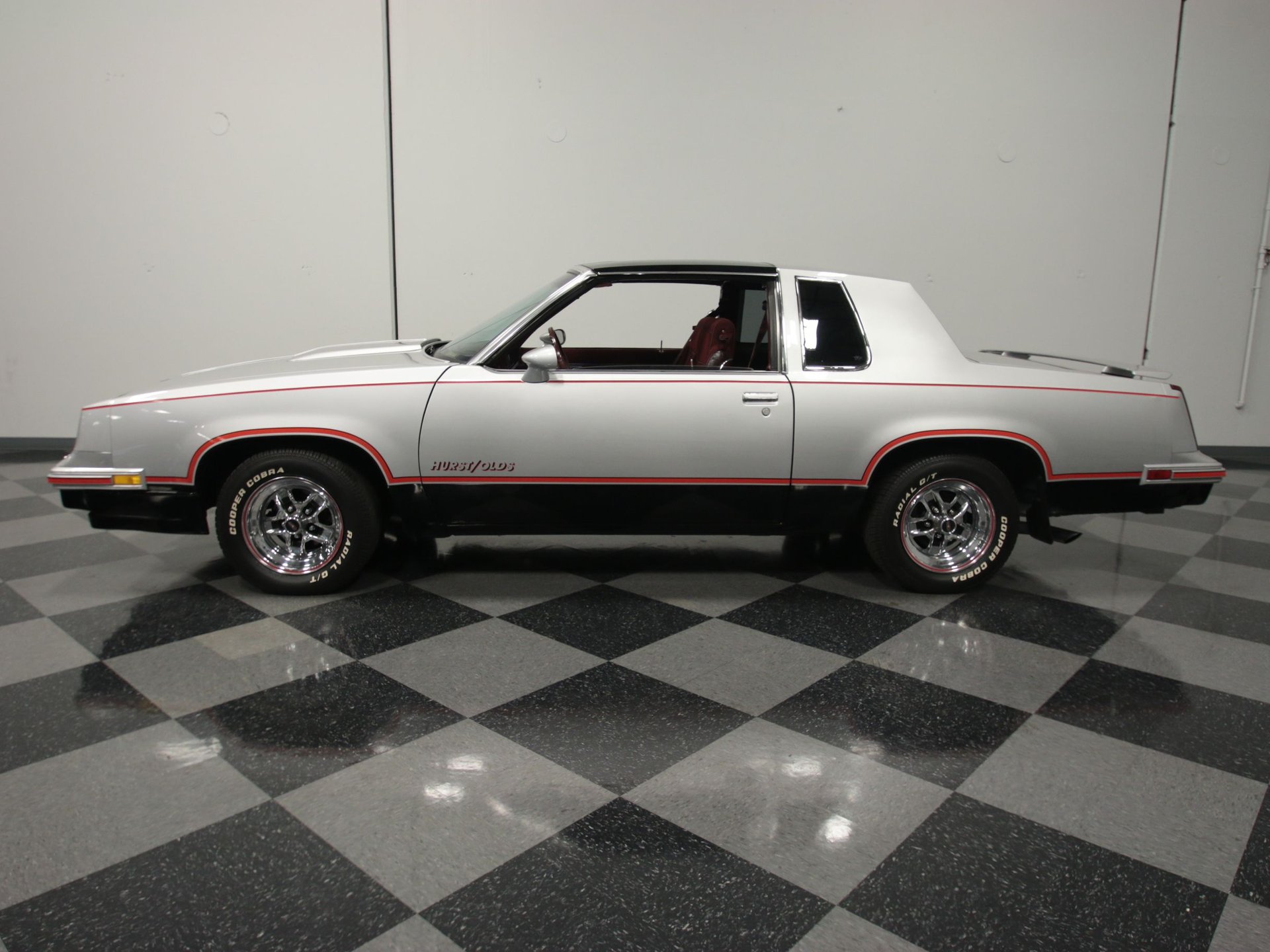