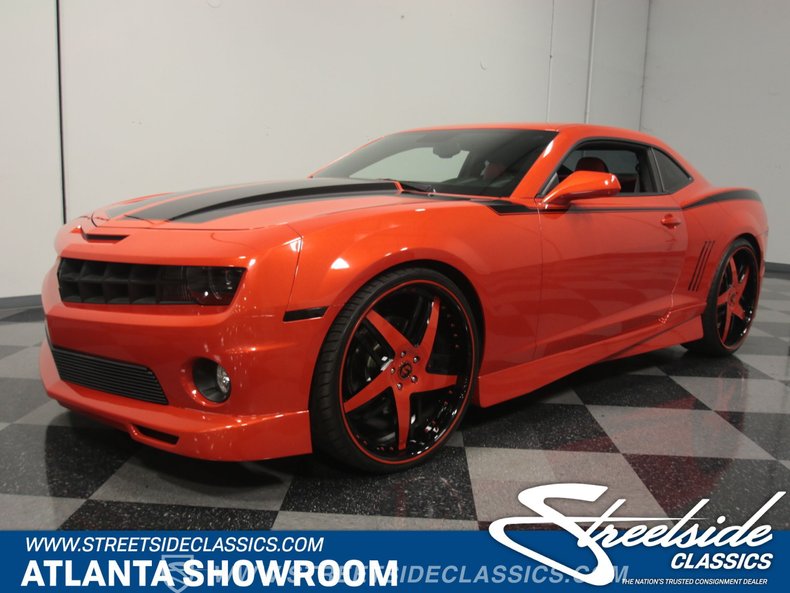 When the new Camaro hit the streets, it was a huge hit. Today, there are dozens of them at every car show, so how do you stand out? Well, showing up in this incredible 2011 Camaro SS with a big honkin' supercharger might do the trick. Finished with sizzling orange paint and black accents, 24-inch wheels, and plenty of attitude, there's exactly nothing subtle about this F-body.

You can see that a ton of work went into this car from the moment you first lay eyes on it. There's a tasteful ground-effects package that makes the somewhat chunky Camaro bodywork look longer, lower, and meaner. Up front, a new air dam and billet grille smooth things out and that air intake above the grille is not just for show, not anymore. Black graphics, including stripes that pay tribute to the vintage Z/28, were laid down on top of the glowing orange paint, just to make it look right. There are a few signs of use, because this wasn't a trailer queen, but the impact is undeniable. They also nailed the little stuff, because the side marker lights are blacked out, the taillights are tinted, and there's a subtle 'Supercharged' badge on the deck lid. The car isn't subtle, but we like the effort.

The interior is cool enough to be left pretty much as GM intended. The seats have red inserts, as do the door panels, which match the red stitching that really makes it look upscale and expensive. The gauges emulate the first-generation cars, with deep-set dials that light up the moment you turn the key, and auxiliary gauges down on the center console, just like on your old '69. Seating surfaces look fresh and barely used safe for some comfort marks on the drivers' lower cushion. This car is also loaded with just about everything they could throw at it, from automatic climate control to power everything to a glass sunroof overhead. Obviously with just 9406 original miles, everything works like it should and remains in first-class condition. There's a powerful AM/FM/Satellite/iPod stereo system with a touch screen speakers throughout the car, but we're guessing you'll prefer the sound of the supercharged LS2 even more. Fuel pressure and boost gauges have been mounted on the A-pillar to monitor the engine's vitals with the supercharger on top, but that's it for modifications inside. Even the trunk remains as the factory made it.

But the big deal on this car is under the hood, where you'll find a polished supercharger sitting on top of the 6.2 liter V8 engine. It's an aluminum LS2 that's been stuffed with a custom blower grind camshaft, so it cackles and snarls appropriately. The blower makes full boost before you can get your foot on the floor, so acceleration is insane, yet thanks to careful computer tuning, it runs like a stocker and never gets fussy. That's some nice engineering. It looks tidy and clean under the hood, and a bit of detailing would make this a show-stopper. It's linked to a 6-speed automatic transmission, making this the ultimate stomp-and-steer machine, with explosive acceleration at any speed, so be careful when you take it out on the street. The Camaro's suspension appears to have been lowered, but the rest remains stock, including the massive brakes. The long-tube headers and dual exhaust system sound spectacular, especially with the electric cut-outs open, and those 24-inch Forgiato wheels were custom painted to match the car, then wrapped with 275/25/24 front and 275/30/24 rear performance radials.

An incredible performer with a look to match, this Camaro is the one you need to stand out in a crowded field. Call today! 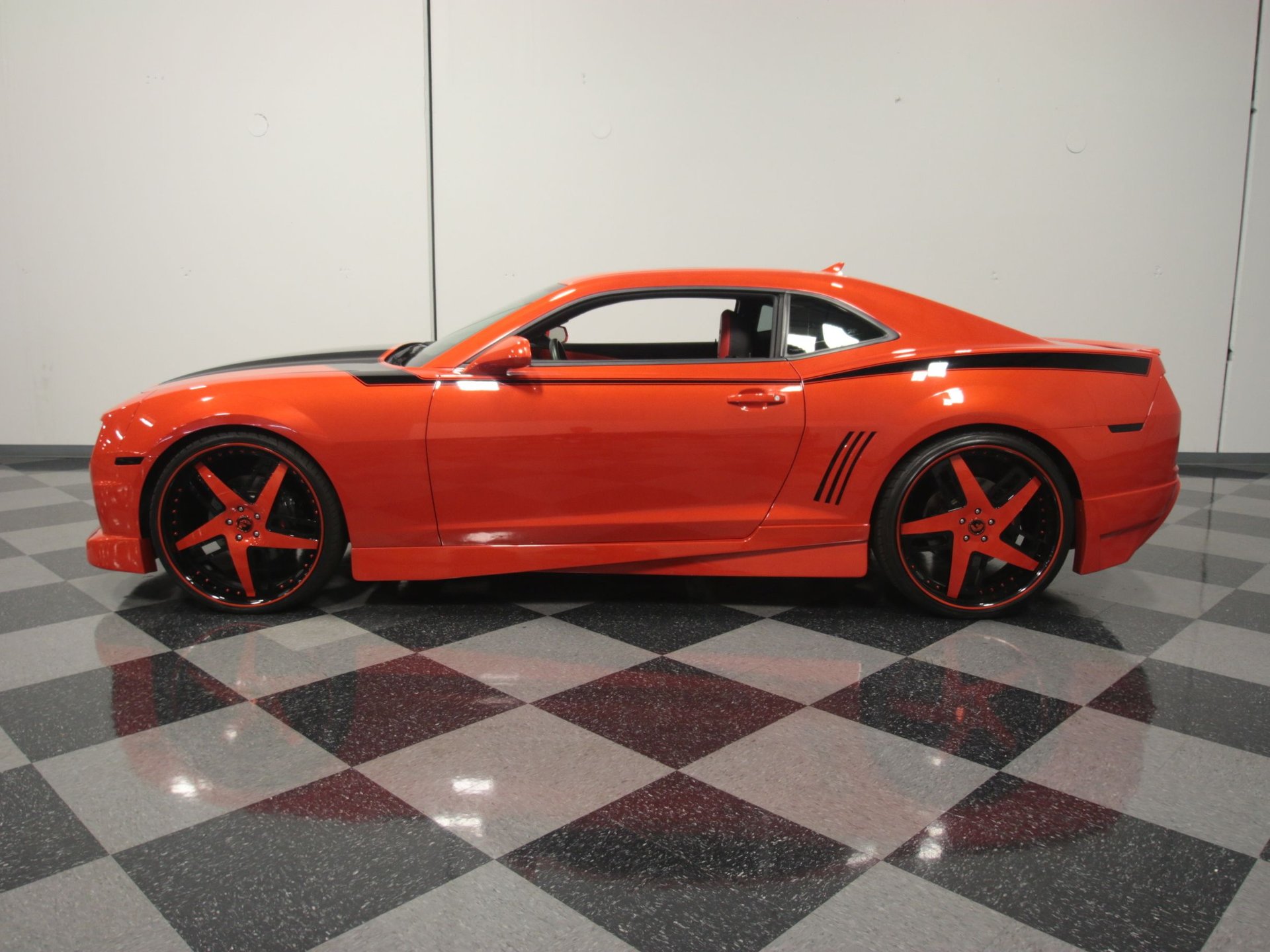