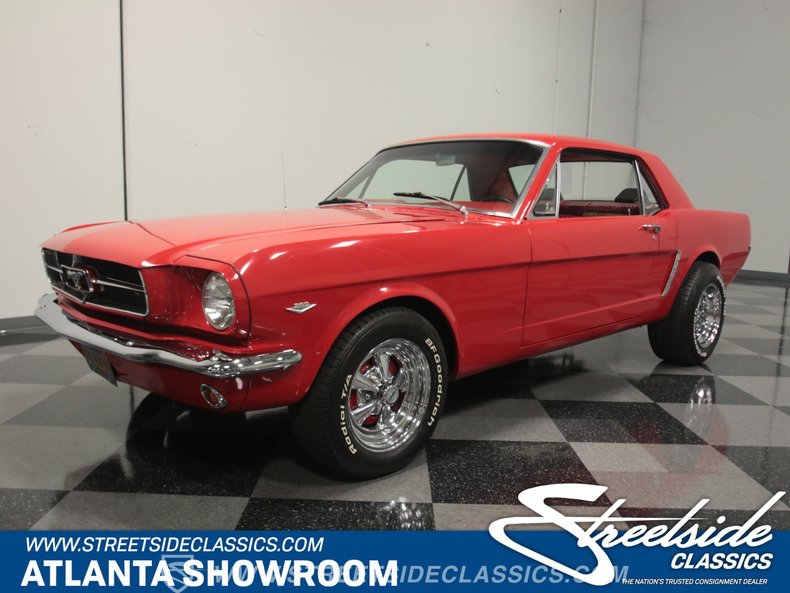 This very tastefully modified Mustang is one of those cars that everyone can love but few can own. With a few upgrades that will make it stand out from the rest of the Mustangs at the next show, it's a cool cruiser with enough horsepower to give it the performance to back up the look.

Repainted in brilliant Signalflare Red, this Mustang is proof that bright red on an early Mustang is always the right choice. It was originally plain old Wimbledon White, but that's not what you need if you crave attention like this pony does. The paint job is a few years old, applied over good, straight bodywork with crisp panel details that really pop no matter how closely you look. No need for fake Shelby add-ons or other styling gimmicks, the original Mustang coupe is an icon and wears its handsome curves quite well. Fit and finish are good overall and suggest that this Mustang probably started out as a nice car before the work started; you don't get doors that close like that from a beater. There are a few signs of use today and it's not a show-quality paint job, but a trip to the detail shop for a cut and buff would really wake it up. We're also guessing that the trim is a combination of original and replacement pieces, but it all looks right and shines up nicely against the red paint. Perhaps most importantly, it carries '289' emblems on the front fenders, and it earns them the old-fashioned way.

Inside there's a correct red and white Pony interior, which has been restored to factory specs with nicely upholstered buckets that look incredibly inviting. There's no damage, and only minor signs of use, which only adds to its appeal. A modern three-spoke steering wheel frames the original gauges, and with a trio of auxiliary gauges under the dash it's easy to keep an eye on things under the hood. There's an AM/FM/CD stereo in the original radio's location, and it sounds pretty good all things considered. Black carpets keep it from being too bright inside and the shifter is easy to reach from the driver's seat. The little Mustang also offers a surprisingly roomy trunk, as well, one which includes a new mat and a full-sized spare tire assembly.

This was originally an F-code car, which is a 260 cubic inch V8, but it now runs a later 289, which is OK by us. Besides, nobody will be able to tell the difference at a glance. It's a bit grungy under the hood, so nobody's going to suspect anything has changed, and you can see that there are several upgrades like the Edelbrock 4-barrel carburetor, finned valve covers, and a new water pump on the front of the block. It runs great and pulls hard at any speed, and history has taught us that these engines are virtually bulletproof. The C4 3-speed automatic transmission shifts well and spins a set of 3.00 gears, so this pony is a fantastic high-speed touring car that's quite comfortable in today's traffic. A new exhaust system is fed by a set of long-tube headers, so it has that awesome small block cackle, and it looks like there are new shocks up front and air shocks in back to fine-tune the ride height. Shiny Cragar mags look fantastic, especially wrapped in staggered BFG rubber that gives it an awesome stance. 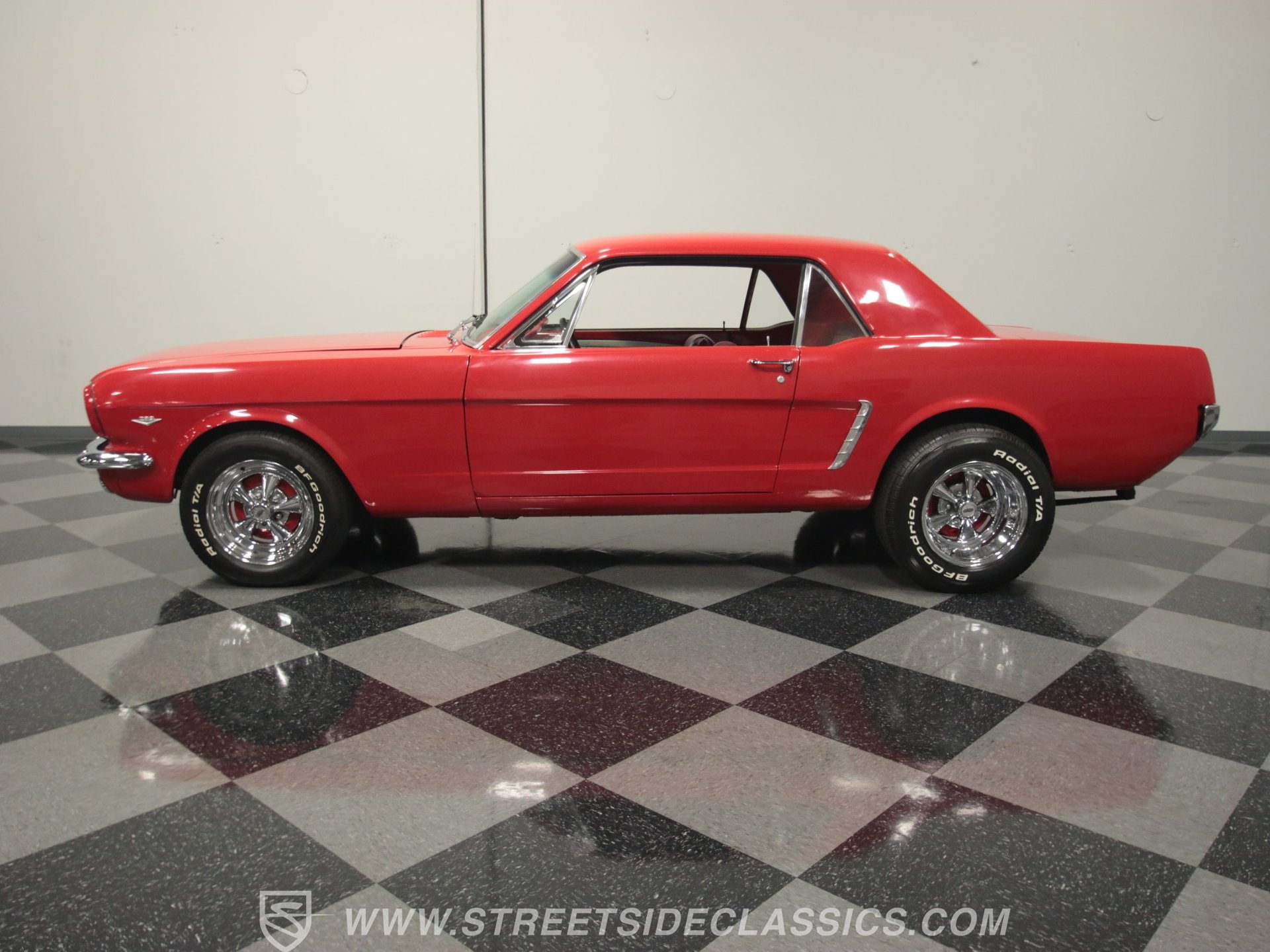