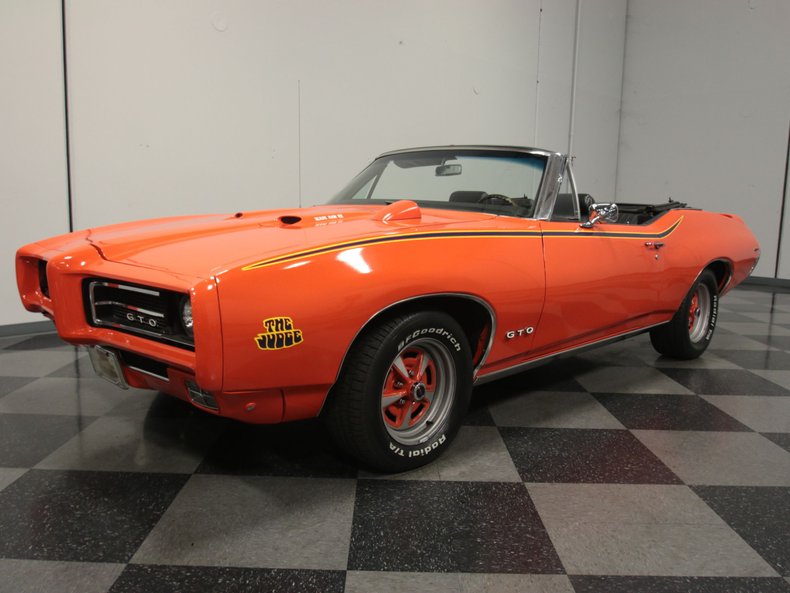 If you're going to build a tribute car, why not build the most iconic muscle car of all time: the Pontiac GTO Judge. By taking a Lemans convertible and giving it a burly 400 cubic inch V8, iconic Judge graphics, and a top that goes down, this car is instantly transformed into the must-have ragtop from the peak of the muscle car era.

We love tribute cars simply because they're guilt-free ways to have some fun and most folks will never know the difference. This Carousel Red GTO Judge tribute will certainly generate a lot of attention at shows (and on the street, for that matter) and with that in mind, they really paid attention to the little stuff. During the 2011 makeover, getting the bodywork straight was a priority, so it looks very good today. The finish is not only exactly the right color, but it's deep and glossy, the perfect background for the Judge stripes and logos. And if you want accuracy, check out the Ram Air hood, the color-matched bumpers, and the wing out back, all of which add to the Judge's performance look. It's also got all the expected GTO logos in the correct places, those cool Pontiac chevron-shaped marker lights, and just enough stainless trim to keep it from being orange overload. You won't be sneaking around in this Poncho!

Looking at the all black interior, it's hard to believe it was restored six years ago. Thanks to careful maintenance and excellent workmanship, the bucket seats still look great and remain supportive enough for long-distance driving. There's also a center console with a factory shifter sticking out of it, perfect for the GTO performance vibe and the original dash is in good shape with factory gauges (plus a hood tach!) and a set of auxiliary dials underneath. That three-spoke steering wheel is similar to the original, but the smaller diameter and fatter wooden rim give it away, although we don't think anyone will complain. The black power convertible top was probably replaced about the same time as the rest of the interior, so it looks equally good and folds itself into the well without any fussing. The trunk is nicely finished with black carpets and a full-sized spare.

The engine is a 1976 vintage 400 cubic inch mill from a Firebird, but it's been pretty thoroughly reworked to better suit the Judge's personality. Up top there's an aluminum intake manifold and 4-barrel carburetor and the internals were rebuilt to a performance spec, so it's a great runner. It looks pretty stock with chrome valve covers, a dual snorkel air cleaner, and Pontiac Turquoise paint on the block itself, and it's fitted with desirable upgrades like power steering and brakes, making it simple to drive. The TH350 3-speed automatic transmission snaps through the gears smoothly and competently and with fresh Flowmaster mufflers, you'll relish the soundtrack at every shift. The undercarriage is in good order with recent parts like shocks and some brake components and freshly painted Rally II wheels give this Judge tribute just the right look, especially with staggered 235/60/15 front and 255/60/15 rear BFG radials.

A very nicely done tribute car that gets all the major things exactly right: high impact visuals, a top that goes down, a burly V8, and a reasonable price. Isn't that what muscle cars were all about? Call today! 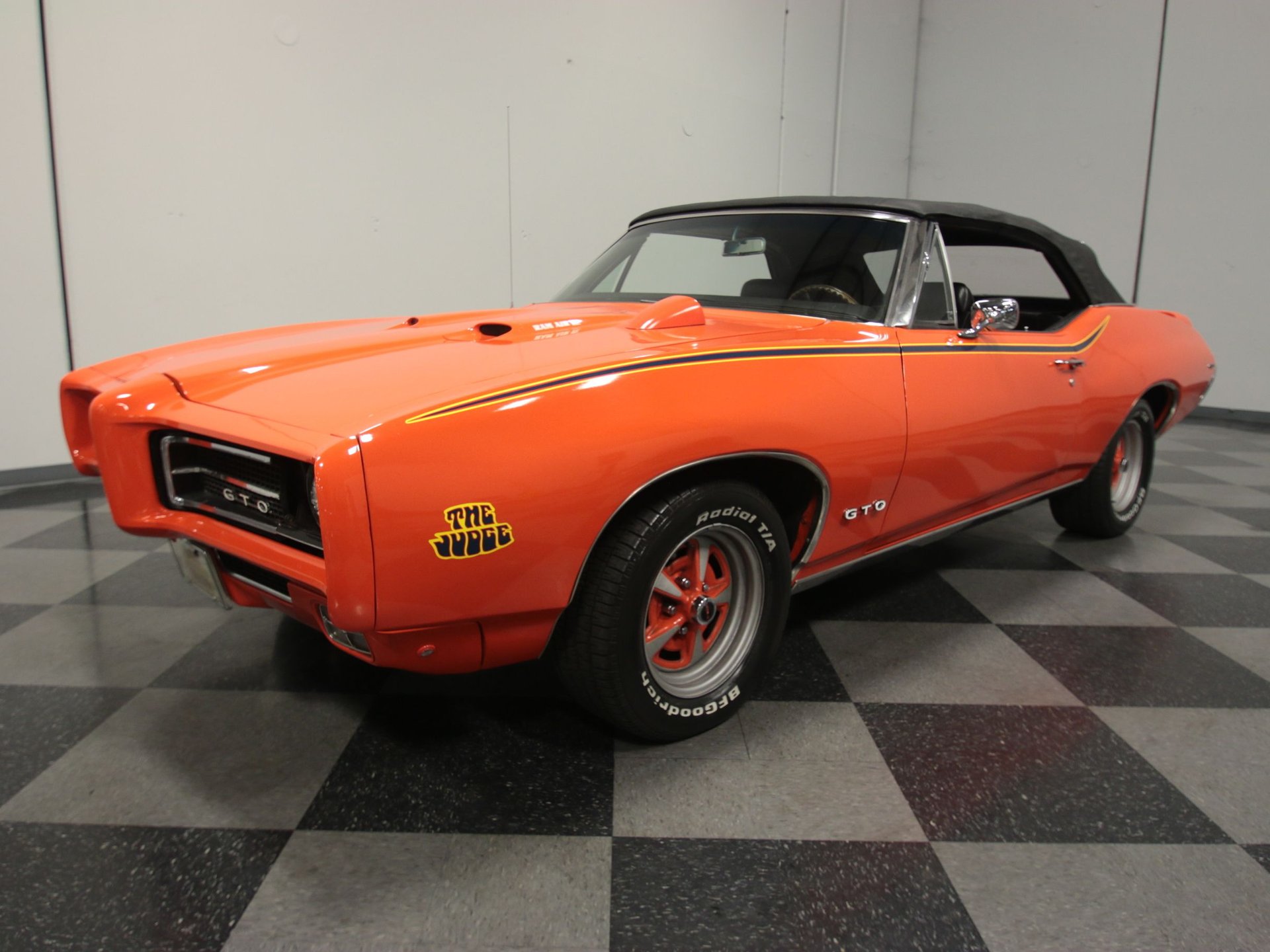