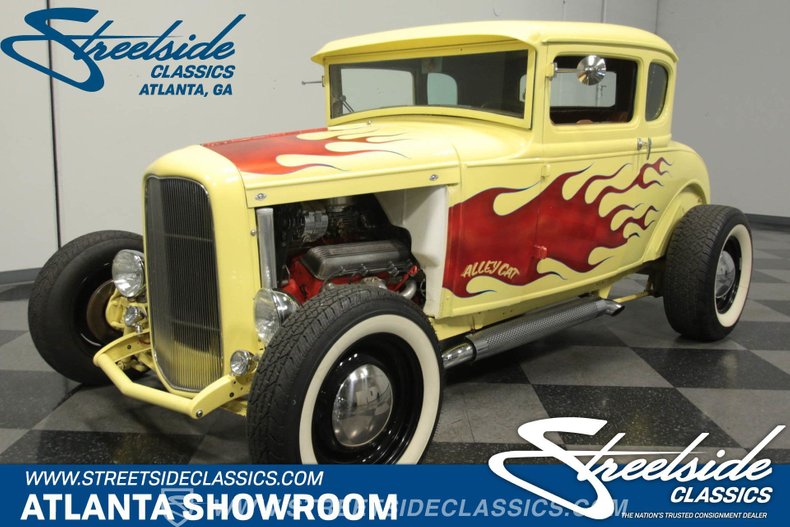 This 1930 Ford 5-window coupe is one of those super-traditional rods that uses all the right vintage parts but the workmanship and amenities are pure 21st century. If you like having your cake and eating it, too, this neat little coupe is for you.

The body is a genuine steel 5-window coupe, chopped three inches and tweaked in all the right places, but retains the upright good looks of Henry's original design. Henry Ford didn't like bright paints because they were expensive, but then again, he probably never saw a bright yellow car that looked as good as this one. Someone spent a ton of time on that vintage sheetmetal getting it dead straight and massaging all the details. Quality workmanship shows in things like the belt moldings that remain crisp, the fit of the doors, as well as the little things like the neatly fitted gas tank and the 1950 Pontiac taillights out back, which are a traditional look that's a nice change from the usual Ford parts. A '32 Ford grille shell and stainless insert offer a smoother look and the hood is neatly fitted and pops off with handy Dzus fasteners. The roof has been filled, the flames look almost as if they're hand-painted, and King Bee headlights are pure 1950s, all of which give this little Ford a very traditional look that works especially well.

The interior is far more luxurious than any Model A ever was, from the leather-covered bench seat to the beautifully stitched matching door panels. There's plenty of headroom inside the chopped coupe, thanks to that modified seat, which also has seat belts for safety. Smoothed and filled, the original 1932 dash now carries a neat little billet instrument panel with a complete array of retro-styled gauges from Classic Instruments, highlighted by orange needles and cream faces. A three-spoke wooden steering wheel lends it an upscale feel, but just so you don't forget that this car is a weapon on the streets, there's a long Hurst shifter linked to a 4-speed manual transmission. A/C has been almost invisibly integrated into the dashboard yet it blows ice cold, giving you the ability to cruise in comfort regardless of the weather. There's no rumble seat in back, but a bare-bones trunk that could be finished to take the car up a notch or left as-is for that street-fighter vibe.

If you're going to hang your engine out there for everyone to see, it had better look great. In this car's case, it's a vintage 327 cubic inch Chevy V8 with a very traditional outfit. The finned valve covers and bell-shaped air cleaner on top of a Holley 4-barrel carburetor all scream performance and the simple white firewall is a period hot rodding touch that works well even with the yellow bodywork. The supporting cast includes a big radiator in that '32 shell, a set of block-hugging headers, and bright Chevy Orange paint on the block and accessory drive. Power is churned through the aforementioned 4-speed manual gearbox to a stout 9-inch rear full of street-friendly gears for easy cruising. Traditional touches include the wishbone front suspension with a leaf spring from, a smoothed and filled frame that's been painted to match the body, and a 4-link with coil-overs out back. The entire custom-built frame was built by Independent Technologies to the tune of $13k! The final touch is a set of steel wheels, hubcaps, and staggered whitewall radials that give it a bit of rake.

Just be prepared for all the attention; there's just no sneaking around in a bright yellow Model A. Very well finished, this is a rod that gets everything right. Call today! 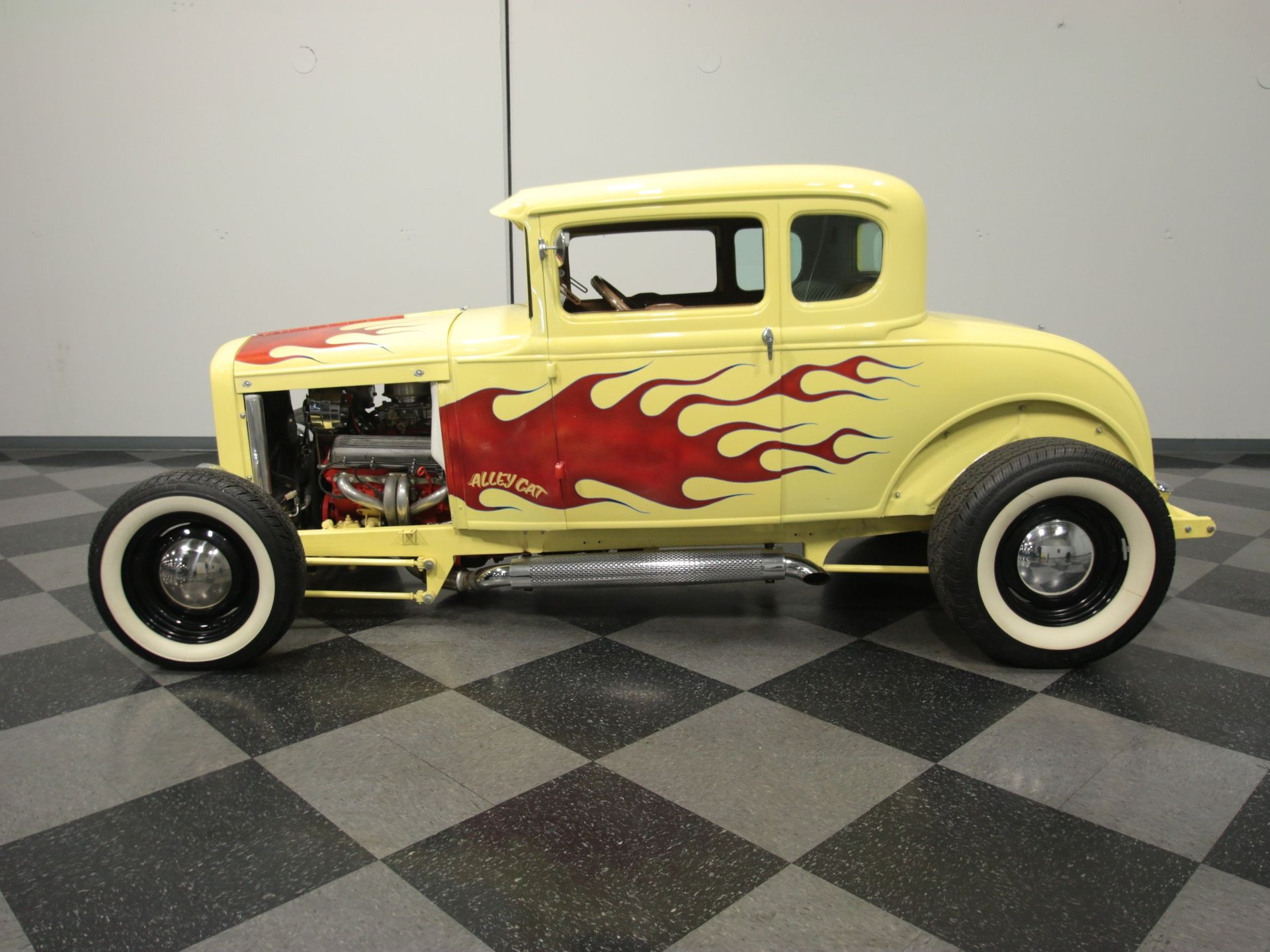