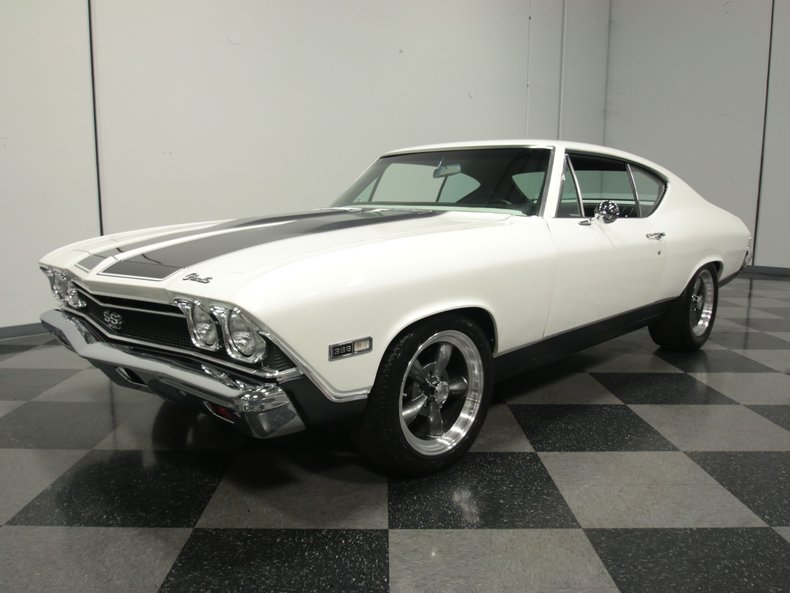 This very cool Ermine White 1968 Chevelle is a real code 138 SS 4-speed sport coupe, and packs a thundering 502 cubic inch big block built to take no prisoners. It's a great combination of performance and high style that's available for far less than the restoration cost.

Ermine white isn't a flashy color and despite the big block under the hood, it's pretty clear that the original owner had no intention of being a target for the local constabulary. Nevertheless, this car looks like an apex predator from just about any angle. Repainted within the last year or so, this SS hardtop is quite handsome in person, with super-straight bodywork that emphasizes the Chevelle's muscular rear quarters and neo-fastback rear window. Gaps are excellent all around, and while it shows a few signs of having been driven (who could resist sliding behind the wheel, right?), it makes one heck of a statement. All the correct SS details are there, too, including a pair of subtle charcoal gray stripes, the blacked-out tail panel, and the trick hood with simulated vents that were a Chevy trademark for years. Fresh chrome bumpers were installed, all the stainless was polished up before being reinstalled, and new badges were installed in the original locations, including the original '396' emblems on the front fenders.

The code 765-B black bucket seats were restored to original condition, with seat covers that replicate the original patterns exactly. There's no center console, an industrial look that always works best in big block cars, and it carries a Hurst cue ball shifter for the Muncie M21 underneath. The original gauges are gone, replaced by a set of bright, clear dials with a vintage look and orange pointers. New black carpets, reproduction door panels, and a taut headliner give it a showroom fresh look inside. A modern A/C system blows ice cold thanks to all-new hardware working behind the scenes and there's both a 12V power point and a USB port tucked under the dash, perfect for cruising in today's world. In the trunk, you'll find a reproduction mat and a full-sized spare tire assembly. As one of my colleagues said, "This is as nice as it gets."

The original 396 is gone (all 1968 SS Chevelles received the 396), and in its place now lives a thundering 502 cubic inch V8. Considerably more potent than even the mighty L78, this 502 makes power thanks to an Edelbrock intake manifold, QuickFuel carburetor, Brodix aluminum heads, and a full roller valve train. It fires up with a snarl, and idles in a way that lets you know there's a performance camshaft working inside, and with just about 2000 miles on the build, it's just now broken in and ready to stomp some hearts on the street. There are a few nods to authenticity, including Chevy Orange on the block, but the aluminum valve covers, open-element air cleaner, and ultra-clean wiring and plumbing are wonderful upgrades to find. The Muncie M20 wide-ratio 4-speed was rebuilt and spins a 12-bolt rear with 3.55 gears on a Tru-Trac limited slip. The chassis is quite clean, albeit not detailed for show, and features a huge dual exhaust system with X-pipe and stainless mufflers that sound awesome. Classic Torque Thrust wheels look great with the lowered stance and carry 255/50/17 front and 275/50/17 rear performance radials.

You couldn't duplicate this car for the asking price, and it's a fast, reliable, highly detailed SS that will win fans wherever it goes. Call now! 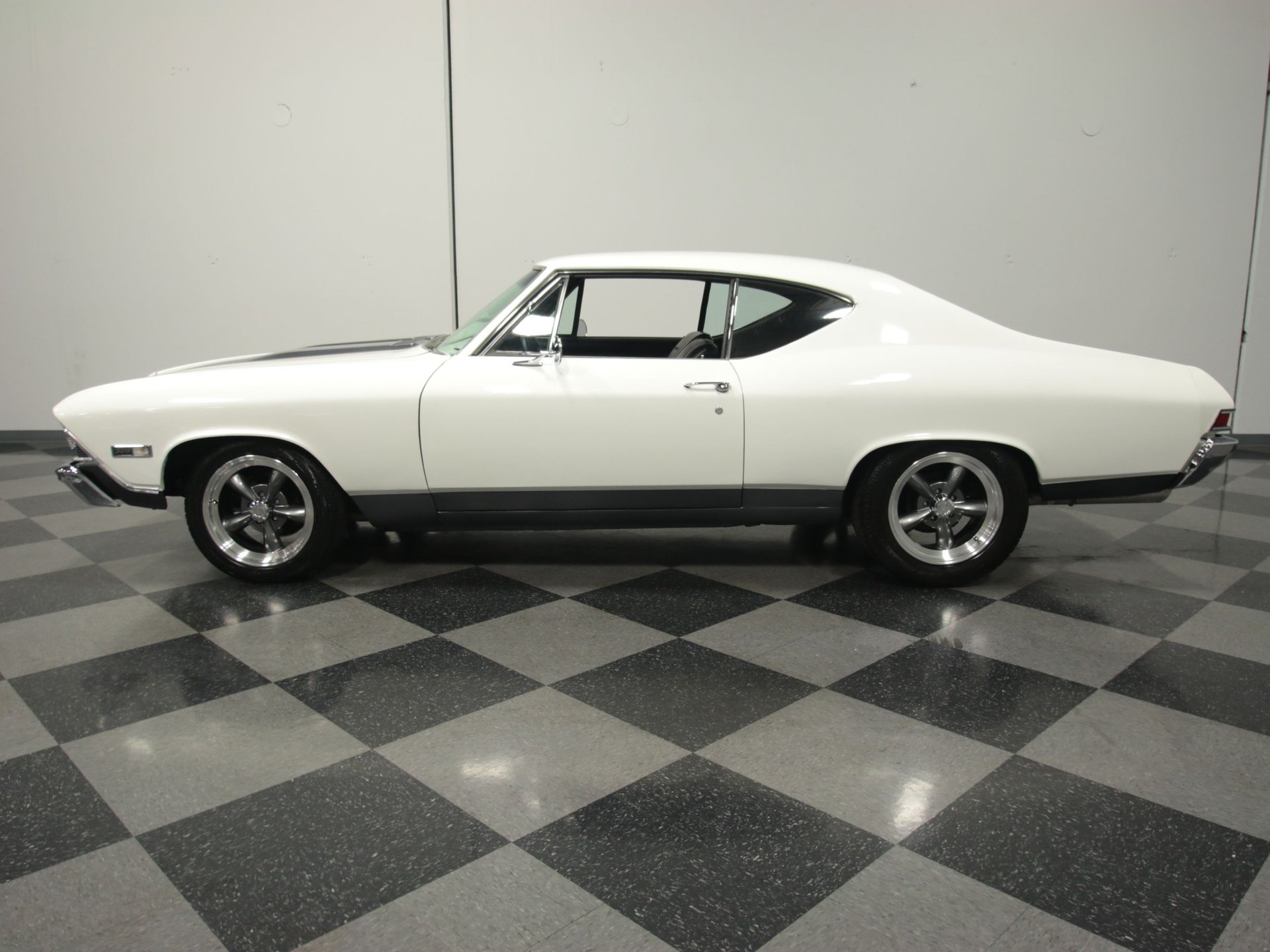