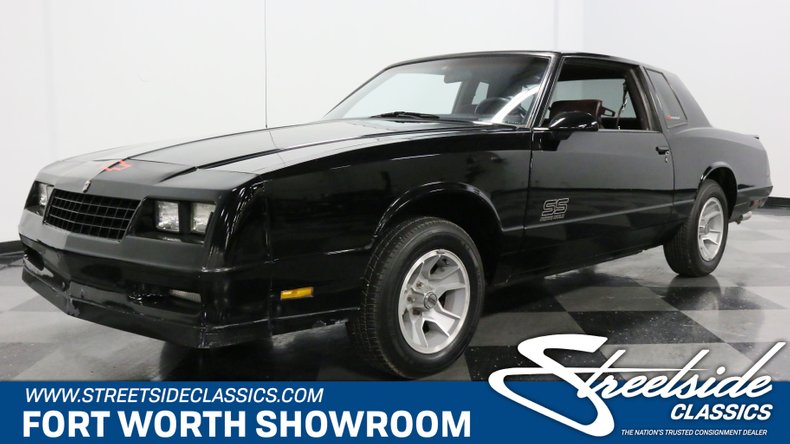 Some cars are instant collectors' items, and if you're smart, you make your move before everyone else catches on. This 1987 Monte Carlo SS Aerocoupe is just such a car. One of only 6052 built, it was a homologation special to make the Monte Carlo competitive with sleeker, more modern shapes on the NASCAR tracks. Today, they're incredibly rare and beautiful, well-maintained, 2-owner car is a smart bet for future appreciation.

The biggest difference between the standard Monte Carlo SS and the Aerocoupe is obviously the sloping rear window and abbreviated deck lid. Four colors were available in 1987, including the sinister black seen here, and although it's starting to show its ages and has some signs of use, it still presents very well. The SS offered various body modifications including a chin spoiler, and the Aerocoupe added its own deck lid wing, as well as the usual SS decals on the doors that were shared with standard Monte Carlo SS models. This car has always been a cherished collectable, and the 2 previous owners were careful enough to not only keep the mileage low, but also avoid any accidents. And that was no easy task, imagine how many times this thing has been tested through the corners by an unruly Foxbody? It was repainted at some point and could use a little further touch-up, and the dark trim bits could use a little shot in the arm too. Again, this Monte still looks great bombing down the road, if it were mine, I would hop in and go and not worry about a respray until many years from now. All the proper decals are still in place as well, and the irreplaceable rear window is in excellent condition.

The standard Monte Carlo SS bucket seat interior was part of the Aerocoupe package, too. Comfortable high-back buckets in burgundy cloth provide an upscale and subtle interior environment, a nice contrast to the extroverted exterior styling. All the luxury features like A/C, power windows and locks, a tilt steering column, and a center console were standard equipment, making this truly the top-of-the-line Chevy that year. There's also a racy-looking SS steering wheel, a full complement of analog gauges including a tachometer, and red accent striping on the dash that ties it together nicely. You also get full-sized comfort with a spacious back seat, something that's sorely lacking in, say, a Camaro of the same vintage. The trunk remains plenty accommodating, although the modified trunk opening requires some gymnastics to load bigger items, and it includes a correct space-saver spare that doesn't appear to have ever been used.

The only engine available was Chevy's venerable 5.0 liter L69 High Output V8 with a 4-barrel carburetor. With great torque and a throaty V8 rumble, this is a deserving descendant of the full-sized muscle cars of the past, and perhaps because of this car's special limited-edition status, it remains completely unmodified. From the stock air cleaner to the catalytic converter, this one is just like it was built and runs like new. It has always been properly stored and maintained, so everything in the engine bay looks proper and it has plenty of grunt, as you'd expect from a traditional V8. Underneath, it shows a few signs of age on the unfinished parts, but careful care is evident everywhere you look, although there is a Flowmaster-style dual exhaust system to improve the soundtrack a bit. A 200R4 4-speed automatic feeding 3.73 gears was standard equipment, so the Aerocoupe is both quick on its feet and an easy cruiser on the highway. Distinctive alloy wheels wear 215/65/15 blackwall radials. 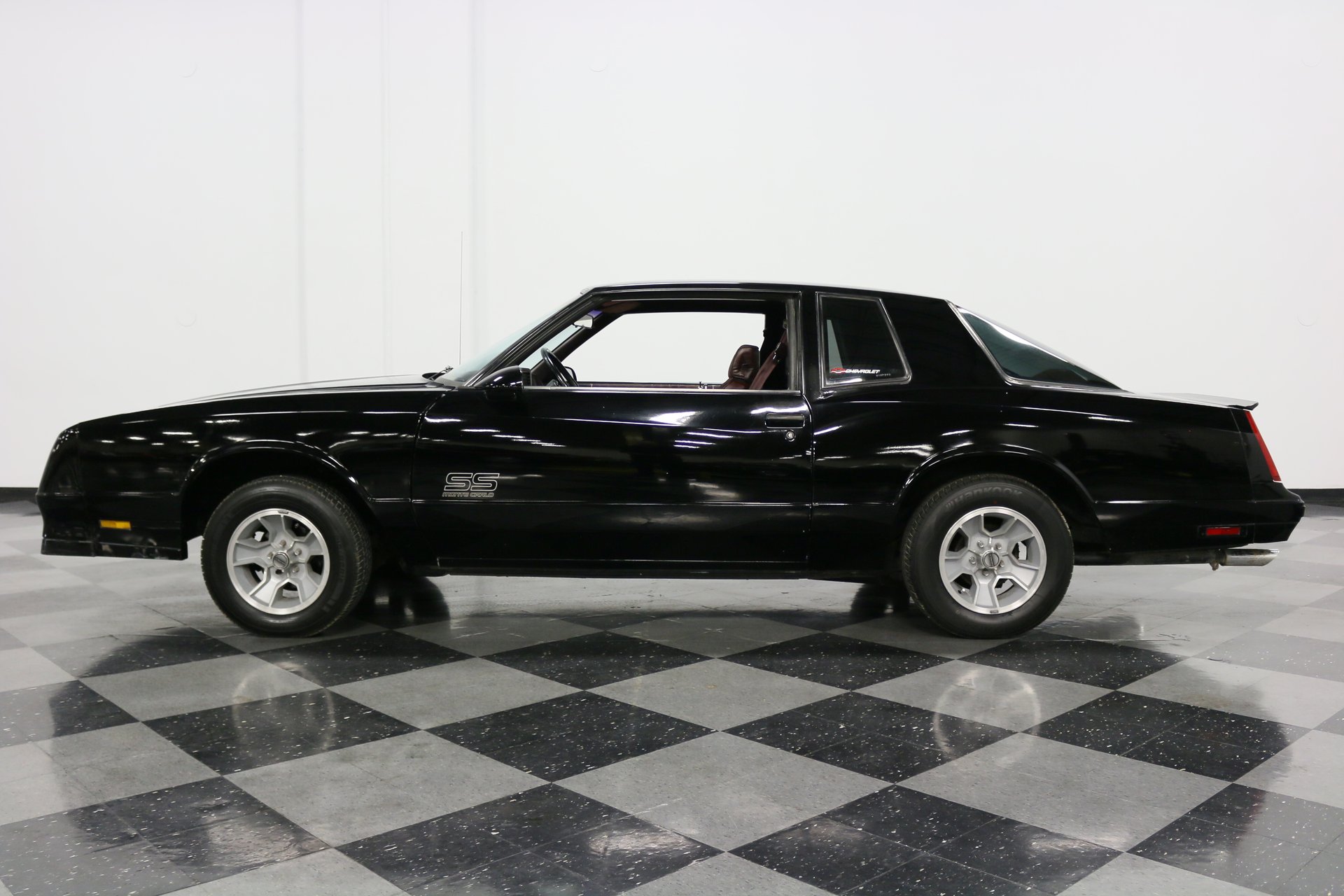