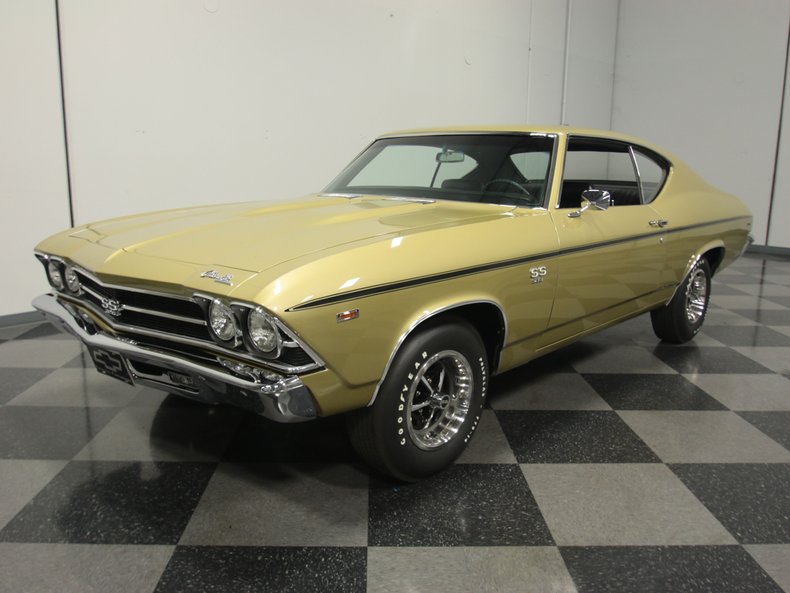 Before we get into the details, the important things you need to know on this car are that it is packing a correctly-coded L78 396/375 powerplant, a 4-speed manual, and all the other performance hardware that make it a blast to drive. It also has a recent restoration to the very highest standards with every nut, bolt, and clamp being exactly as it was when it was new. And it is very, very fast.

The L78 was built only for a few months early in 1970 production before being supplanted by the LS5 454 and by December 1969, they were done. As a result, finding the right engine for a car like this is an extraordinary thing, since the L78 with its solid lifters is a far more performance-oriented engine than the relatively docile LS5. The Olympic Gold bodywork remains somewhat subtle, concealing the beast within, and while no car is truly perfect, this amazing Chevelle comes closer than just about any car we've ever seen. The full restoration appears to be a blank check affair with cost no object and the results are simply stunning. Gaps are exact, the finish is miles deep, and the stripes are precise. All the chrome was refinished to show standards and with a blacked-out SS grille up front all the right emblems, it definitely has the high performance look you'd demand from one of the nastiest cars on the street in 1969. Regardless of your engine preference, it is unlikely that you will ever find a nicer Chevelle than this.

Likewise, the interior was given a full makeover to factory standards with none of the all-too-familiar "upgrades" that seem to plague Chevelles more than any other car. A black factory bench wears a reproduction seat cover (yes, you could get an SS with a bench seat in 1969), the carpets and door panels are brand new, and the gauges show crisp, clear markings, including the ultra-rare tachometer. There is no console, of course, but the transmission tunnel houses the chrome shifter for the Muncie 4-speed and in its quest for all-out performance, you'll note that there is no radio and that's on purpose. You couldn't get A/C on a solid-lifter L78, so don't give that another thought, but everything else that you can see or touch inside is brand new, making this a very impressive place to hang out. The trunk is also correctly restored with a new mat and a full-sized spare bias-ply that looks right.

The L78 396/375 was the top dog until the advent of the LS6 454, but in many ways, driving enthusiasts prefer it. The solid lifter cam makes a ferocious cackle and gives this car a fantastic sound. Almost every single component on the engine is correct, including the block which is a proper 1970 L78 396, casting number 3955272. The aluminum intake, the carburetor, the distributor, and all the other critical parts are all coded properly and details like the hoses, clamps, and other fasteners are exactly right. Square port heads are an invisible way to build in some extra power and you can really feel it from behind the wheel. It's backed by a tough Muncie 4-speed and a set of 3.73 gears on a Posi limited slip in the 12-bolt rear end, so it offers the right combination of performance and comfort. The chassis is detailed in every possible way, and includes upgrades like tubular front control arms, long-tube headers with a Flowmaster exhaust system, and a brand new gas tank out back. Stylish SS wheels offer a great look and carry correct F70-14 Goodyear Polyglas tires.

The L78 is even rarer than an LS6 and combined with the unusual color combination, this is that legendary needle in a haystack. Show quality and a lot of fun to drive, thiscar will not last long. Call today! 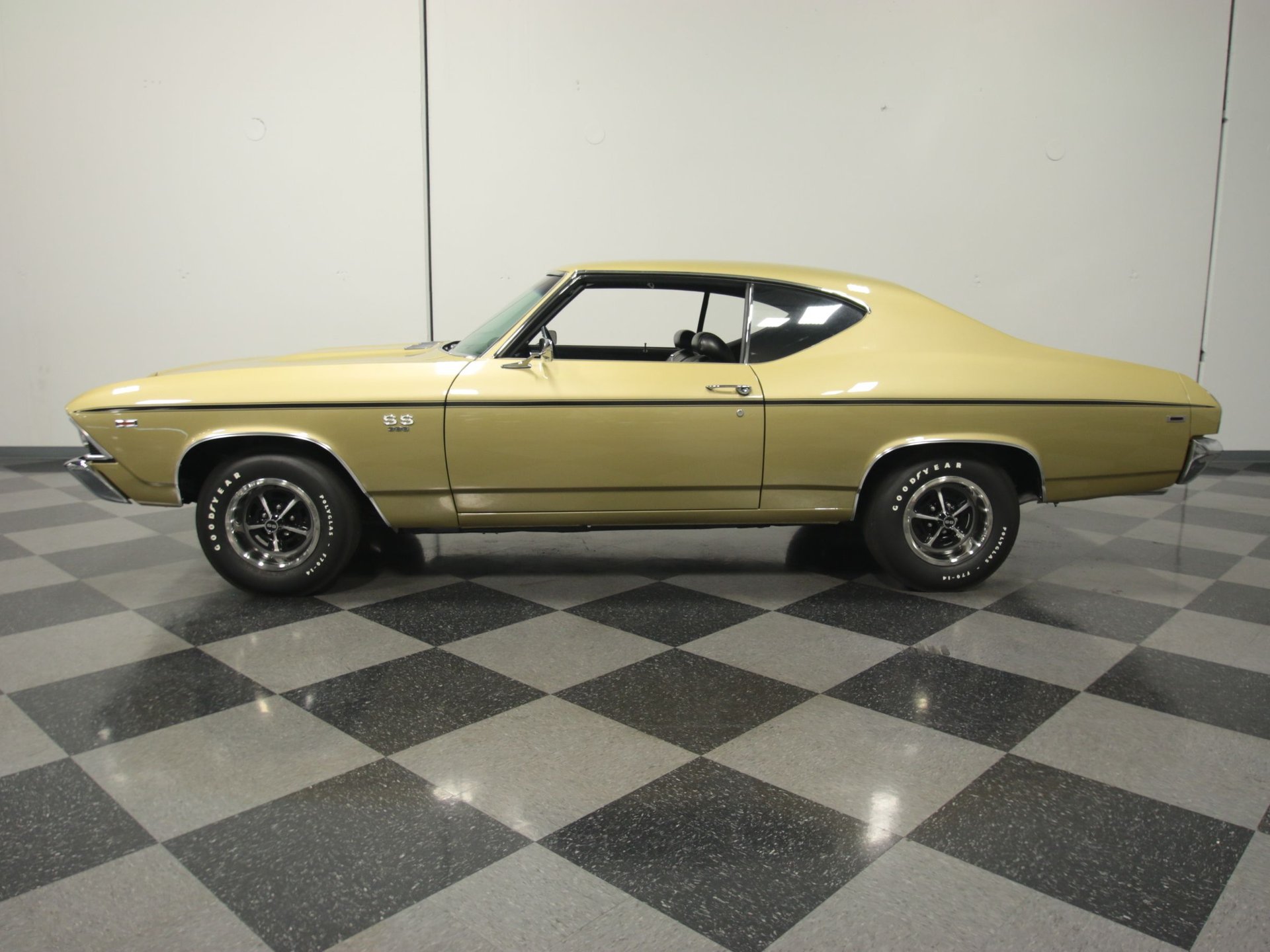