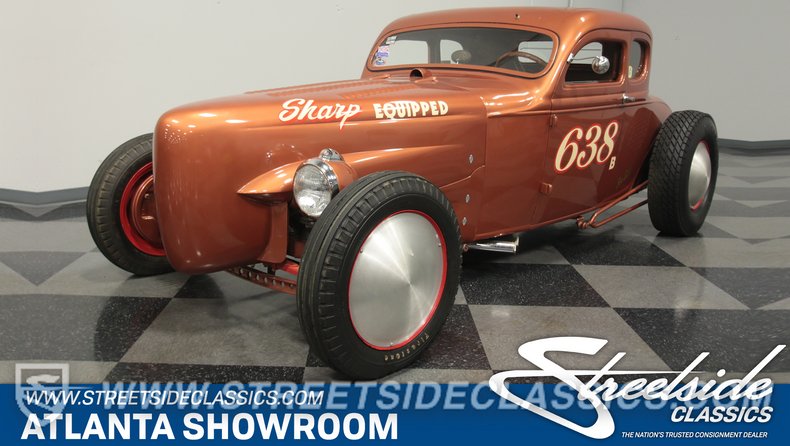 Built as a tribute to old-school Bonneville Salt Flats racers, this very cool 1930 Ford 5-window coupe should create a stir everywhere you go. Still plenty fast, but with a few creature comforts that make it a bit more usable than its racing-oriented siblings, it's an awesome way to get the look without having to endure the blood, sweat, and tears that come with the territory.

To be honest, there's not much 1930 Ford left here, but that's why it's so cool. The raked-back windshield and pointed nose are obviously designed to cheat the wind during high-speed record attempts, and around town they help this coupe's performance in a big way. The hood itself was fabricated from a pair of 1940 Ford hoods that wrap seamlessly into the nose. This car is all about form following function, so there are louvers punched in the hood to let heat and air out and the sides of the nose were subtly reshaped to allow room for the V8 engine underneath. It's bathed in copper metallic paint that has an old-school look, especially with the vintage-style lettering on the hood and doors, including class letters. There are a lot more lovers out back (you'll see why in a moment) and the roof insert has been filled. For a timeless go-fast look, this coupe really nails it.

The interior is Spartan, but not race car bare, although there are plenty of old school race car touches to be found. The seats themselves are from a B-52 bomber, and the tan vinyl cushions are comfortable enough to make this a reasonable cruiser for regular use. The three spoke wheel is an old style dirt track unit with a leather wrapper and the dash is full of modern interpretations of vintage-looking gauges. A long shifter handle sticking out of the floor, a center "console" made out of an ammunition box, and bare aluminum door and side panels add make this feel like an early post-war flats racer, which was entirely the point. The fact that it's comfortable enough for cruise nights and as well finished as it is becomes a testament to the dedication of the builder. Technically there's a trunk out back, but as you can see, it's full of radiator and gas tank. The radiator has an electric fan and feeds coolant to the front through the frame rails, and you'll be pleased to note that the system works rather well.

The engine it's cooling is a late Ford flathead V8 dressed up in period speed parts like finned aluminum cylinder heads and a big Holley 4-barrel carburetor on top. The red paint looks right and a few chrome pieces like the modern alternator give it some flash. There's a secondary radiator up front, complete with another electric fan, but obviously with that pointed nose, there's not a whole lot of airflow, hence the bigger unit out back. You do get a 5-speed manual transmission, which makes this a very comfortable highway cruiser and may even push it to higher speeds on the flats, and there's a familiar banjo-style rear end hanging on a transverse leaf spring out back. The front suspension is a dropped axle with hairpins and another transverse leaf, and the exhaust system uses Smitty mufflers and cut-outs to further blur the lines between street and race. Steel wheels with spun aluminum discs complete the look, along with big-n-little tires measuring 6.00-16 up front and 8.20-15 in back.

You either get this car or you don't. If you're one of those who do understand how cool this coupe really is, give us a call because you won't be disappointed. Call today! 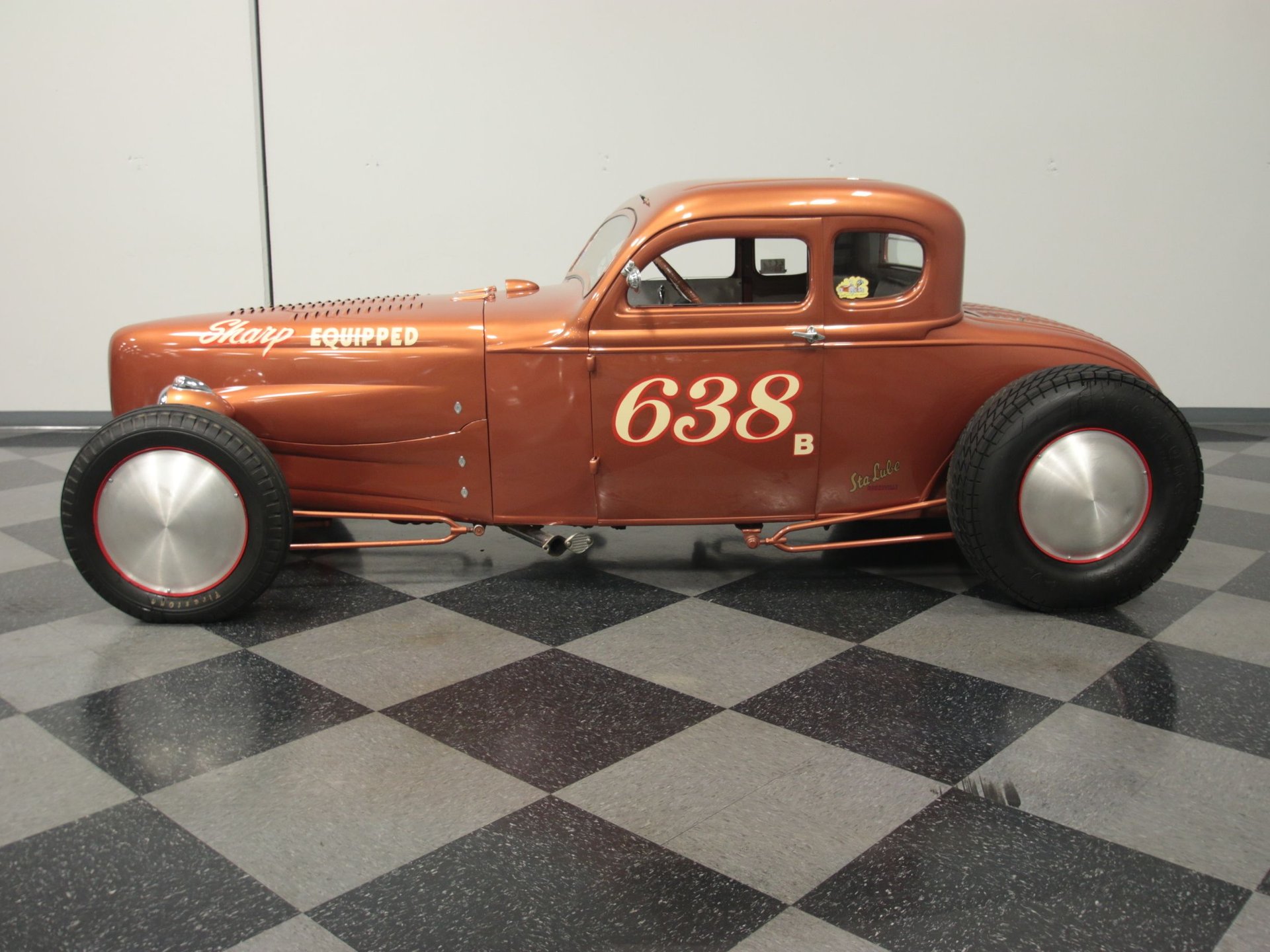