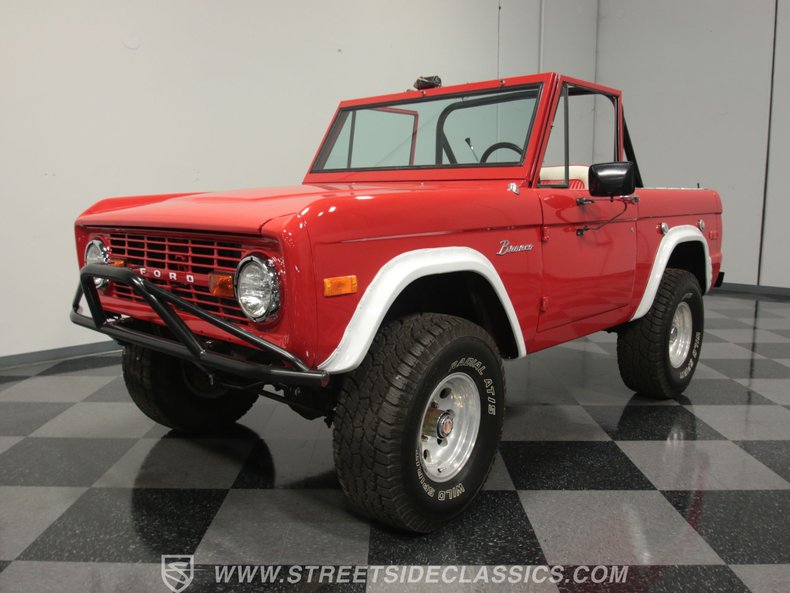 Well, you can forget about keeping a low profile in this 1976 Ford Bronco 4x4, but I bet you won't mind one bit. With a recent freshening, 302 V8 power, and a few tasteful modifications, it's a great example of Ford's first SUV.

So many Broncos led hard lives, bashed off road, cut up into custom crude Jeep-like creations, and lost to simple atrophy in the rust belt. This one, however, is a clean, handsome southern truck with an attractive paint job and straight sheetmetal. And straight is the word, because the angular, flat panels of the Bronco have been smoothed and sanded and buffed, giving it a great look that is almost too nice to risk in the brush. The bright red finish gives this Bronco a bright disposition that fits the era in which it was born and combined with a contrasting white hardtop (removable, of course) it just shouts "Fun!" Much of the trim has either been painted red (like the grille) or black (like the bumpers and mirrors), so it has a slightly updated look, and the contrasting white fender flares are the perfect addition. A tubular front bumper gives it an off-road look and helps protect the nose at the same time.

Some folks mistake Bronco buckets for early Mustang pieces, and we'll admit that they're pretty similar, but the Bronco chairs are definitely unique They were also standard equipment on the Bronco, a key to its do-anything attitude, and the simple door panels and trim add a bit of civility. Later models like this finally got a padded dash, so don't worry about the rough stuff, and a three-spoke steering wheel helps with the upscale look. There's also a locking center console for security and they didn't bother with any kind of floor coverings, since you're probably going to be getting dirty anyway. The original gauges still live in the color-matched dash, which is about as simple as things get, offering simple knobs and an auxiliary 12v power point. The 3-speed manual transmission is managed by a column shifter, with the transfer case managed by that floor unit, and there's a good amount of storage in back, even with the matching red and white bench seat in place.

The 302 cubic inch V8 under the hood is torquey and ready to rock. Ford Blue covers the block and it still has a very OEM look, from the heavy-duty air cleaner to the simple stamped valve covers. You'll note that it was built for serious work in the dirt, starting with that air cleaner and including a cooler for the power steering system and a giant radiator up front. Note the ultra-clean inner fenders, which suggest that red is this truck's original color, plus recent hoses and ignition system components. The 3-speed manual gearbox shifts well, the 2-speed transfer case will take you anywhere, and both axles are ready to play in the dirt. The dual exhaust system is a bit aggressive with glasspack-style mufflers, but it includes that awesome 5.0 soundtrack that everyone loves. It wears a set of beautiful aluminum wheels wrapped in 33x12.50-15 off-road radials.

We're seeing a lot of renewed interest in these trucks, and this one is nicer than most. With V8 power, it's a blast to drive on pavement and will still take you anywhere you want to go. Call now! 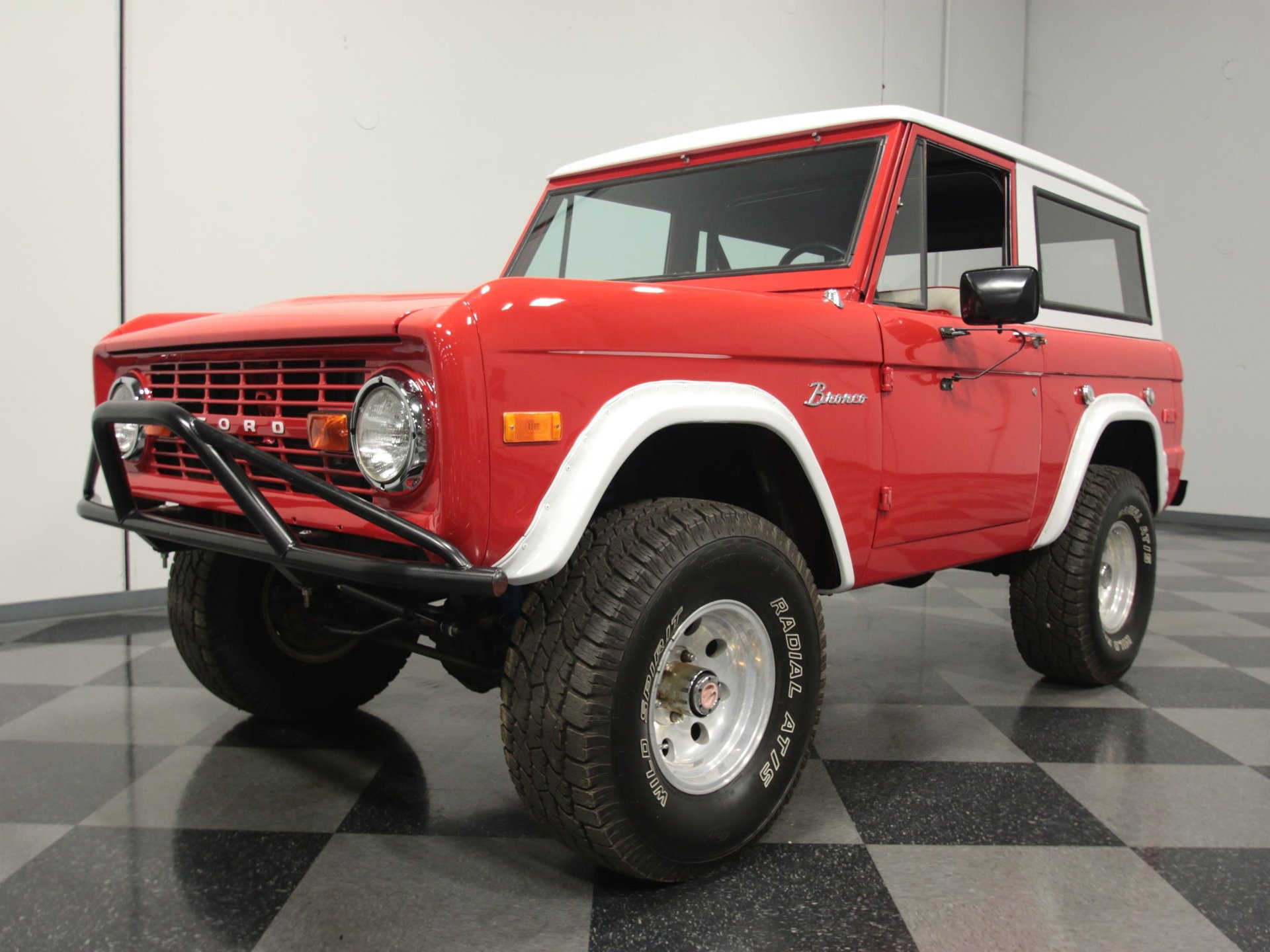