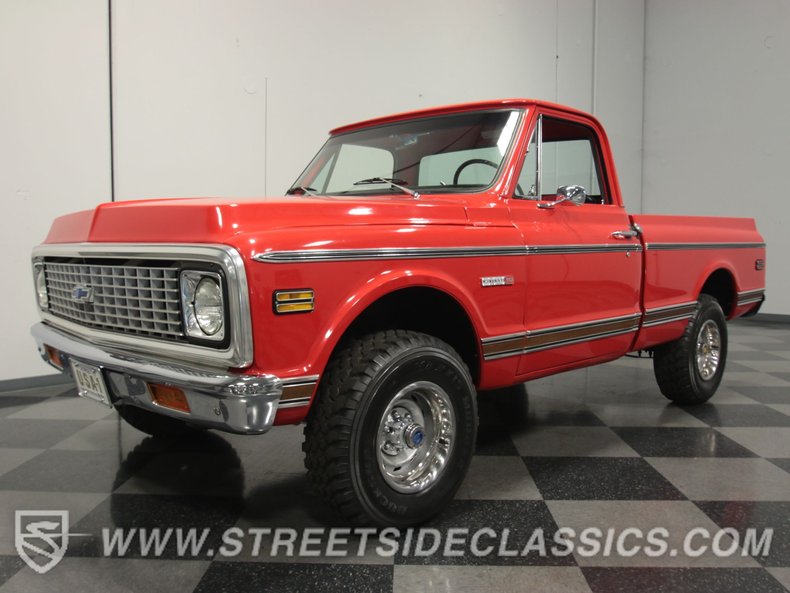 Most big, off-road trucks have led hard lives, but this 1972 Chevrolet K10 4x4 is shockingly clean and unabused. Someone has invested a huge pile of cash into building a serious off-roader, yet it appears that it has never driven on anything more aggressive than someone's front yard.

First off, dig that bright red paint job. It's not only a great color for a pickup, but beautifully rendered in modern paints so that is has a gloss and depth that belies this truck's blue-collar roots. For a truck designed to play in the dirt, it's exceptionally well done and as I said, it doesn't look like it's done much rough work since it was completed. Every panel looks factory fresh, with no signs of critical damage or little "oops!" issues from heavy mudding. In fact, this might be the cleanest C/K pickup we've seen in a long time, and there's got to be at least twice the asking price wrapped up in its construction. There are no goofy rubber fender flares, no tubular steps or bed-mounted roll bars, and the factory bumpers have been retained fore and aft. Everything fits together well, the panels are properly aligned, and, well, this sucker just doesn't look or act like it has been out stomping around in the dirt. It's seriously straight and clean. You also get the neat woodgrained moldings along the rockers and a bed that's just so beautifully finished you'll think twice about throwing stuff in there.

Once you climb up there, you'll find a nicely restored interior, although it's a little flashier than the factory with its two-tone upholstery and carpets. The factory bench is still in place, but there's a long list of upgrades that make this truck feel a lot more modern than you'd expect. The seat is covered with a vinyl seat cover that duplicates the original patterns in two-tone red and black, and the theme is echoed on the floor. The tilt steering column wears the original wheel, so it looks right, and the dash is full of original gauges (including a rare factory tachometer!) with crisp markings and clear lenses. Other goodies include working factory A/C with modern components working under the hood and the original AM/FM radio in the dash. Cheyenne came with upgraded door panels with an embossed design, and their condition suggests that they're brand new. Get in and turn the key, the K10 is ready to rock!

To get those big tires moving takes serious horsepower, and what better than a 350 cubic inch Chevy V8? The air cleaner suggests that it's pretty stock, but up top there's an Edelbrock intake manifold and Holley 4-barrel carburetor, as well as an HEI ignition system to light it up. Center-bolt heads are a nice find and it's wearing a factory air cleaner and Chevy Orange paint, so it looks pretty stock. Almost everything under the hood is new and the finish quality is as nice as the rest of the truck, so you can show it or drive it with equal confidence. The transmission is a built TH350 3-speed automatic driving a two-speed transfer case and rugged axles fore and aft, and it all looks brand new. A throaty Flowmaster exhaust system sounds great and there's a modest lift kit in there to help with the rough stuff, but not so tall that it's going to cause problems. Helping the truck achieve its impressive altitude are a set of handsome Rally wheels wearing 31x10.5R15 off-road tires.

There's just no way someone built a truck this pretty then took it out in the field where it could get hurt. But that certainly doesn't mean you can't have a ton of fun with it yourself. Call today! 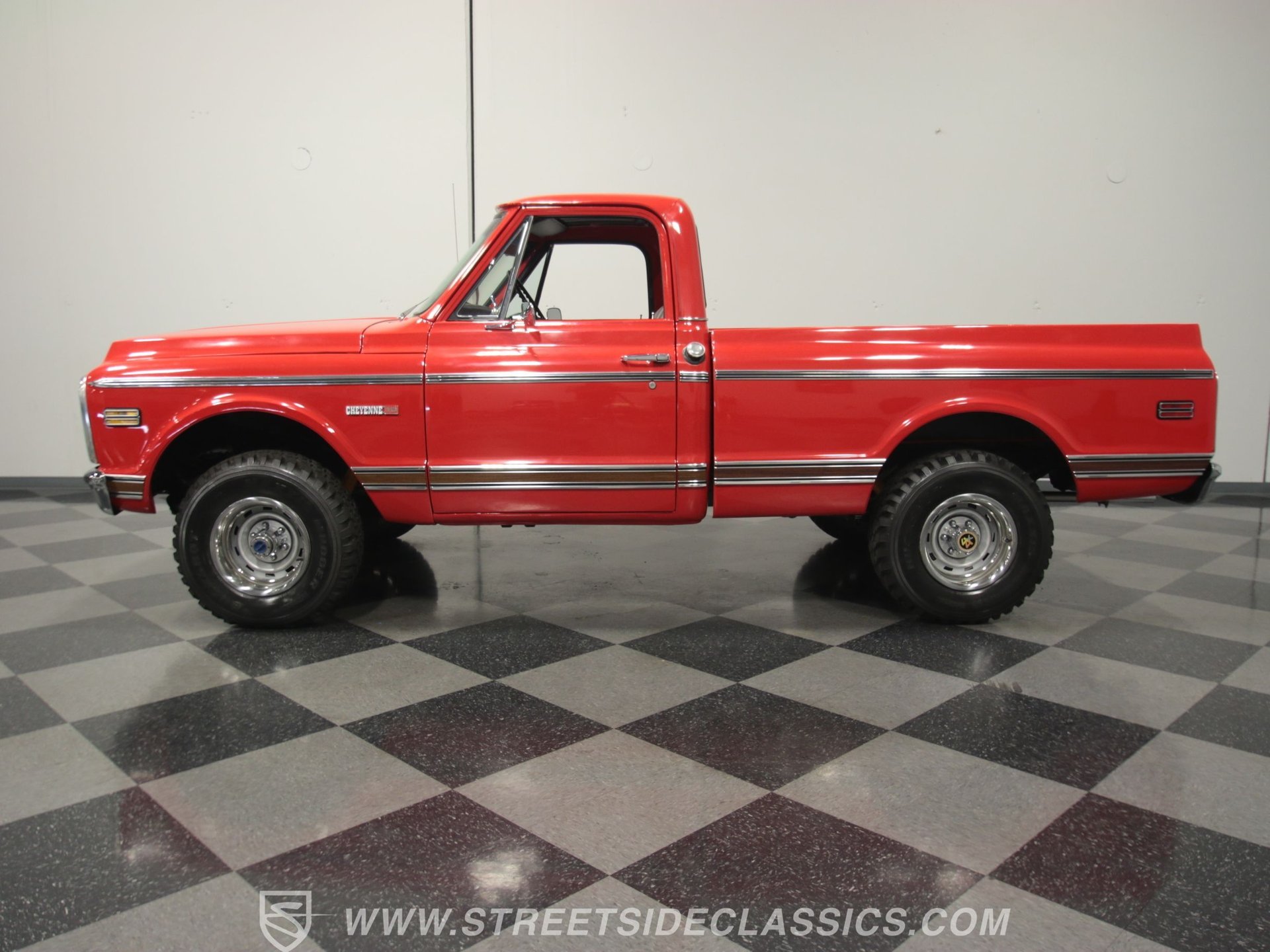