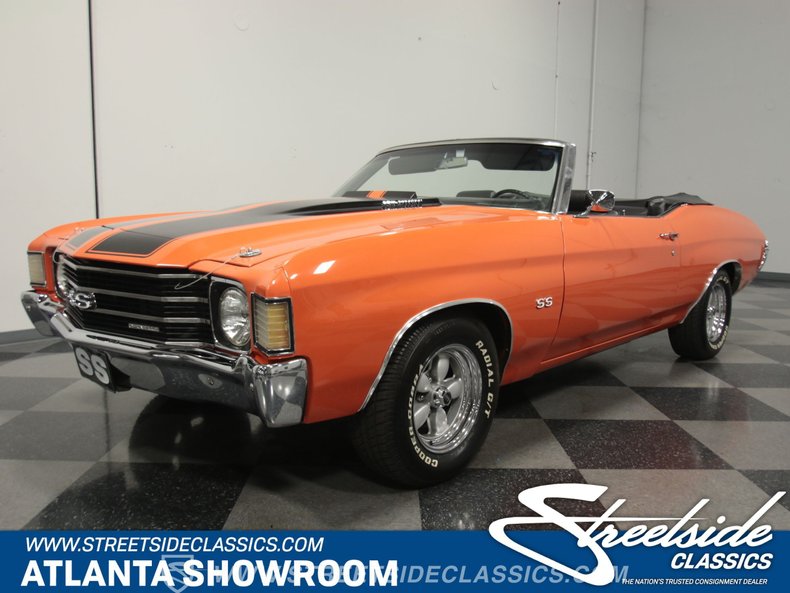 If you like orange, then this 1972 Chevrolet Chevelle is the convertible you need to own. In addition to being covered in your favorite color, it's got a strong-running, pro-built 383 stroker motor, awesome interior, and a big horsepower look, making it a highly desirable ragtop from the tail end of the muscle car era.

Hugger Orange isn't this car's original color, but compared to a lot of the homely hues they were turning out in the early '70s, it's simply gorgeous. It's deep, shiny, and has just the right performance look so it really glows when the sun hits it just right. The finish is recent and very well done, with lots of time spent on getting the surface right before they started spraying paint. Given how many odd-colored Chevelles were running around in 1972, this one will stand out just about anywhere with its great combination and it's going to look this good for years to come. That hood is a functioning cowl-induction unit, which would disappear after 1972 and the black SS stripes were painted on so they look is totally seamless. Nice chrome trim, including the bumpers and revised 1972 grille, shows well against the bright orange paint and proper SS badges are in place to finish it off.

The handsome black bucket seat interior is correct for this car and it's a fantastic alternative to the more frequently seen white or tan choices. The seats and door panels are in very good condition, too nice to be original but not so perfect that they look like you just took them out of the box, and the console features our favorite horseshoe shifter. Just about everything you can touch is new, including the dash pad and carpets. Experts will note that the dash is Malibu, not Chevelle SS, but that's OK, especially since they added a set of auxiliary gauges under the dash to monitor the engine's vitals. The entertainment system has been upgraded with a JVC AM/FM/CD head unit and new speakers in the usual locations. A black convertible top with matching black boot looks to be in almost new condition and includes a glass rear window. The trunk is fully carpeted in black, including a cover for the spare tire, which keeps things neat and tidy.

Open the cowl-induction hood and you'll find a built 383 cubic inch V8, which is a lot more potent than anything they were offering in 1972. Built by Skip White Engines, it's effortless and easy in everything it does, pulling this convertible around with genuine enthusiasm. Some of that is due to the Holley 4-barrel carburetor, aluminum intake manifold, and a set of deep-breathing aluminum heads. It isn't trying to look stock, not with hots fabricated aluminum valve covers, but there's no mistaking the Chevy DNA. Underneath, ceramic-coated long-tube headers were added along with a throaty dual exhaust system, so it certainly sounds like all the horsepower showed up to party, and the floors are sparkling clean. A TH400 3-speed automatic transmission and 10-bolt rear end are rugged enough to take anything you throw at them and power front disc brakes offer plenty of stopping power for all that engine. 14-inch American Racing mag wheels are some of the most handsome of the era and carry 225/70/14 white letter radials.

A handsome, trouble-free cruiser in great colors and with a strong pedigree. What's not to love? Call today! 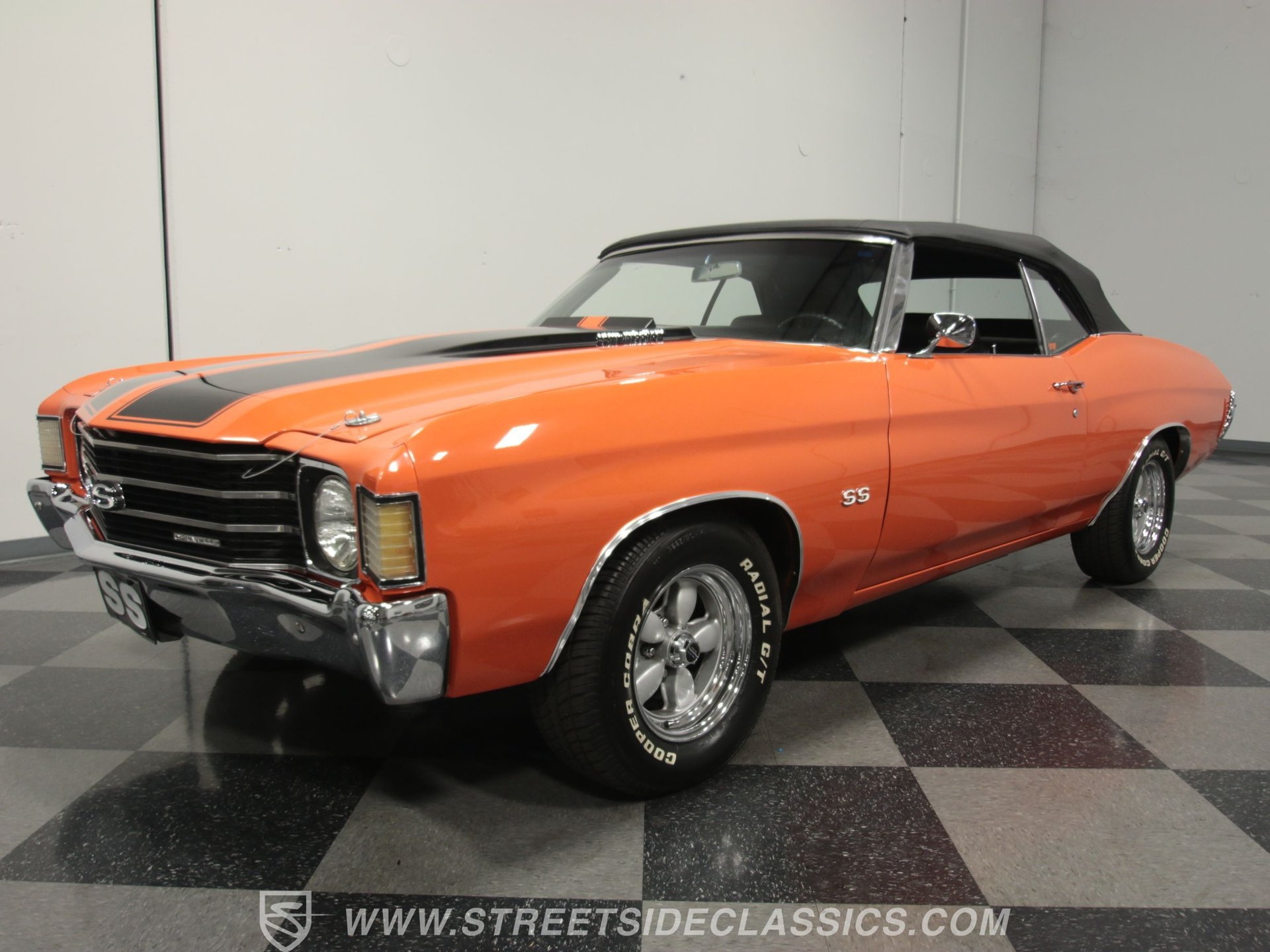