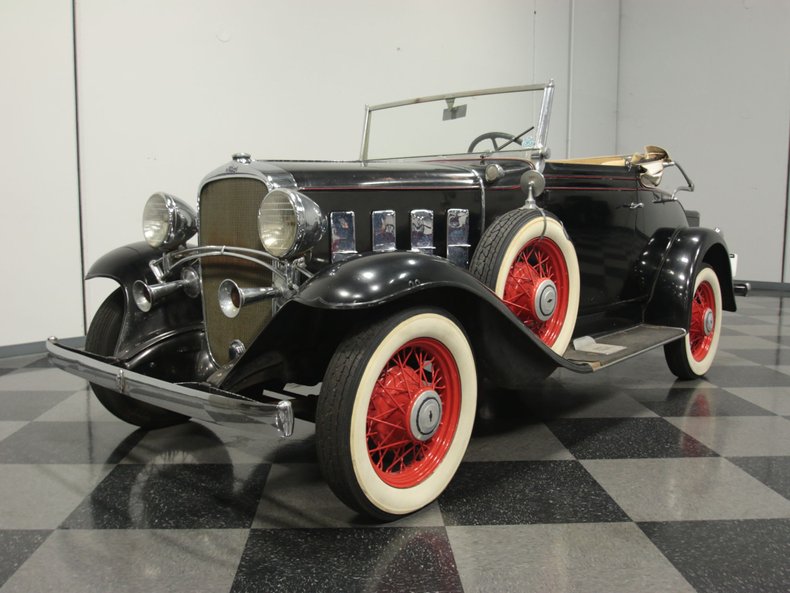 While Ford's V8 stole the spotlight in 1932, Chevrolet was pouring on the steam by building an upscale car that's perfectly embodied by this wonderfully Confederate cabriolet. Beautifully styled and carrying the look of a much bigger, more impressive car, the Chevrolet looks and acts like it's in a separate class altogether... which maybe it is.

This is certainly not a perfect car, but there's a real appeal to the look and nothing about it diminishes the handsome design of the 1932 Chevrolet. Beautifully styled with upscale touches like the two-bar headlight support, fluted fenders, dual sidemounts, and chrome hood doors, it looks a lot like its bigger, more expensive cousins over at Buick and Cadillac. The black paint is ancient, not original, but pretty old, and it looks a lot like you might have found such a car, say, in the 1950s: used but not used up. Red pinstripes on the black paint highlight the wonderful design elements on the leading and trailing edges of the fenders and even utilitarian parts like the rumble seat steps and horns became beautiful styling elements on the Chevy. The chrome and trim is in surprisingly good shape, with plenty of it on the grille, bumpers, and even the lovely little cowl lights and landau bars on the top. Unlike the Ford, this Chevy looks nothing like a bargain price and if this were ours, we'd leave it just the way it is.

Simple tan leather makes up the interior of this Chevy, but as a cabriolet with roll-up windows instead of an open roadster, it has a few upscale design details. Note the color-matched dashboard, the stylish door panels with map pockets, and the pleated leather seat, which has probably re-covered since it was new but has a wonderful patina that would be impossible to duplicate. Low-mounted windshield wipers are still vacuum powered, neatly installed on the garnish molding below the chrome windshield. The big steering wheel has a leather wrapper that helps you get a grip on it, and the gauges appear to be original and a little tarnished, but they all seem to be operational. The tan canvas top folds easily and has an opening rear window so that you can converse with back-seat passengers without putting the top down.

The genesis of Chevy's famous "Stovebolt" six can be found here. While Ford was building the rugged but basic 4-cylinder Model A, this silky smooth inline six with overhead valves was powering the Chevy competition. Rebuilt and running great, the engine fits neatly under the hood and includes an original downdraft carburetor and oil bath air cleaner, as well as an industry-leading mechanical fuel pump to replace the primitive vacuum tank. We like that they resisted the urge to repaint the engine during the freshening, and other new parts include the starter, generator, and ignition system, so it runs great. A 3-speed manual transmission shifts easily thanks to the adoption of synchromesh on second and third gears, and the rear end has gears tall enough to make driving around town a shiftless affair. The painted wire wheels have been restored at some point and carry 5.25/5.50-18 whitewalls to really add some flash.

Far more unusual than a Ford and arguably even more attractive, this Chevrolet offers a unique combination of style and practicality that were its hallmarks then and today. Call now! 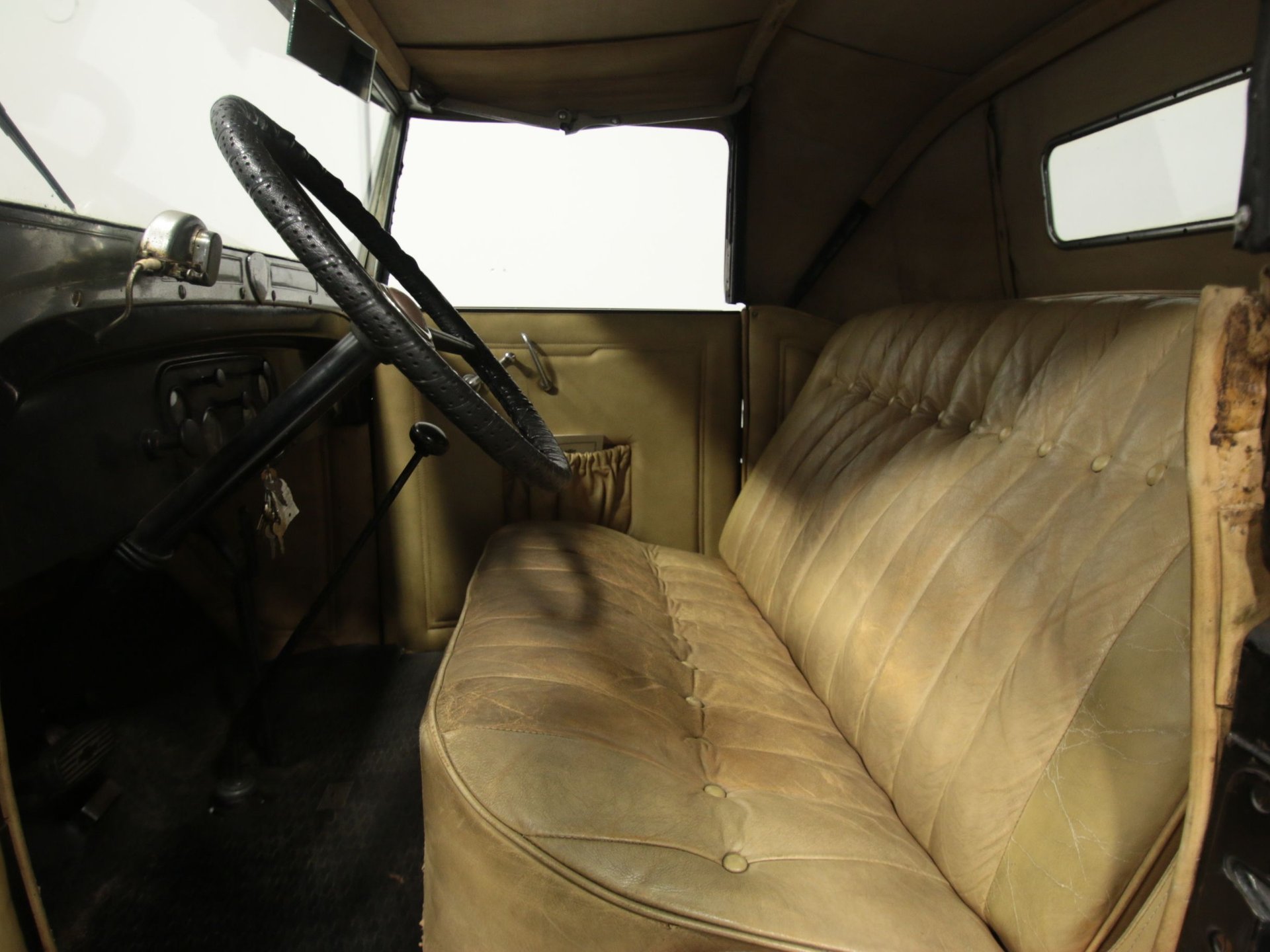