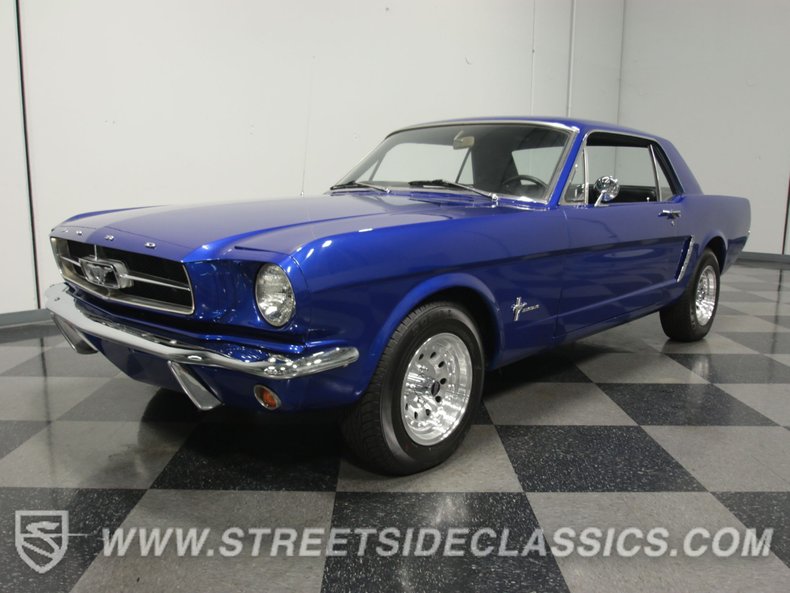 With the 50th anniversary of the Mustang last year, cars like this super tidy 1965 Ford Mustang coupe are seeing a lot of new cultural awareness. So if you're a first-timer looking for a clean old pony to enjoy or a seasoned collector, this handsome coupe has a lot to offer.

The bright electric blue paint wasn't on the Ford color charts in 1965, but it's a fantastic choice on a fun little coupe like this. Bright and sporty, it matches this Mustang's personality perfectly but doesn't seem to be trying too hard. It retains that classic Mustang look that really embodies what most of the cars actually looked like. No stripes, no scoops, and not dressed up like GTs, but rather clean, conservative, and eminently stylish in any situation. The bodywork is pretty well done, with decent gaps, good panel alignment, and a trunk lid that fits better than most. Two-stage urethane paint probably makes it deeper and shinier than it ever was back in the '60s, and a wet sand and buff would really wake it up. Bright chrome bumpers are in good shape and enhance the familiar Mustang shape.

Some color combinations just work better than others, and you simply can't go wrong with basic black. This is the standard interior, which pleated vinyl seats that are in great shape and wear like iron. There might be some replacement parts in here, but for the most part it appears to be mostly original, with only light fading on the carpets, but that's easy to fix if you're so inclined. The deep-dish steering wheel isn't stock but it looks period-appropriate and has a Mustang horn button, and it still carries its original gauges in the wide Falcon-style instrument panel. The original radio is still in the dash, but it's out of commission so that might be a good place to start the upgrades, and that's something the aftermarket is really good at. Heavy-duty rubber floor mats keep the passenger compartment clean, while the trunk is finished in spatter paint and carries a space-saver spare for emergencies.

Don't scoff at Ford's T-code 200 cubic inch inline-six, which is smooth and torquey, a perfect fit for your affordable Mustang. The bright Ford Blue engine was rebuilt in 2012 and remains almost completely stock. Up top there's a correct air cleaner that's been painted to match the bodywork, as well as a 2-barrel carburetor underneath. The radiator up front keeps it cool effortlessly and a stock exhaust manifold feeds a single exhaust system with a transverse muffler that sounds just right. A C4 3-speed automatic transmission is original specification and was also rebuilt in 2012, so it shifts well and doesn't have any issues. The stock rear end turns a set of 3.20 gears, so this really is a superlative highway car and pulls down decent fuel economy on the open road. There appear to be new shocks underneath, which make a very noticeable improvement to the agile little coupe's road manners. It's quite clean underneath thanks to spending almost all its life down south, and flashy American Racing aluminum wheels are fitted with 15-inch blackwall radials for a classic performance look.

If you've been sitting on the sidelines during all the Mustang celebrations, it's time to get into the game. This car is clean, fun, and affordable, and with great support from the clubs and the aftermarket, it remains on every collector's wish list. Call today! 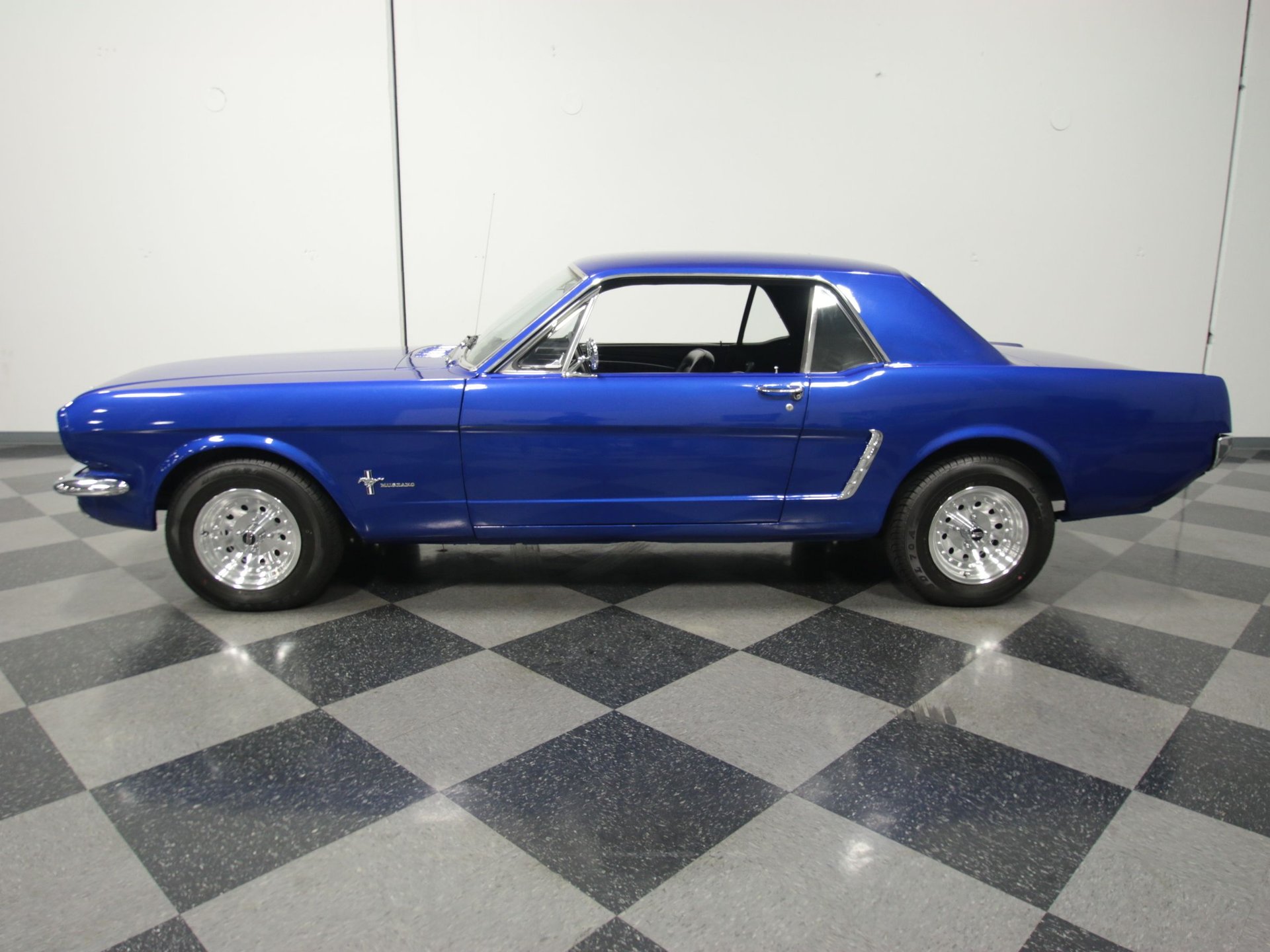