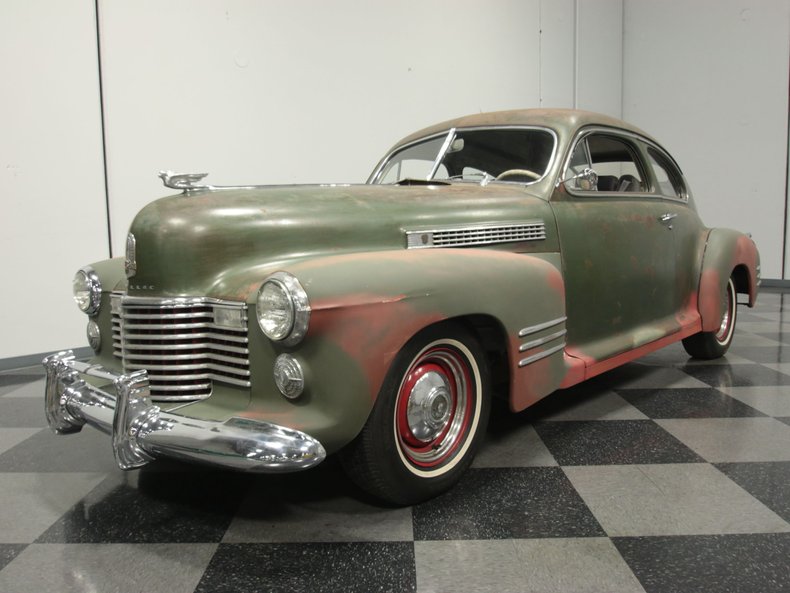 GM stunned the world with their gorgeous new fastback bodies in 1941, and spread them across the entire line. For Cadillac, this 1941 Series 61 "Sedanette" was the entry-level car, but it was far from basic. The dramatic styling has aged well and this cool resto-mod offers modern power, a classic look, and a bit of patina to make it interesting.

Yes, the patina on this car appears to be intentional, not the result of years of neglect. The sheetmetal underneath is in excellent condition and lines up well, so it's unlikely that it has been sitting out in the elements to acquire its aged look. Instead, it's the result of a clever blend of original paint and some touch-ups that lend the look of primer, and we have to admit that we like the look. The shine has been mostly knocked off, but you see a few different levels of gloss, adding to the illusion, but if you look closely, you'll see that the gaps are tight, the fenders fit well, and there's no perforation or rust. The shape is as dramatic today as it was in 1941, and while it's unusual to find a Cadillac in this "condition," it's also part of this car's appeal, which contrasts upscale luxury and a no-nonsense weathered look. Most of the ... Please ask for the full description. 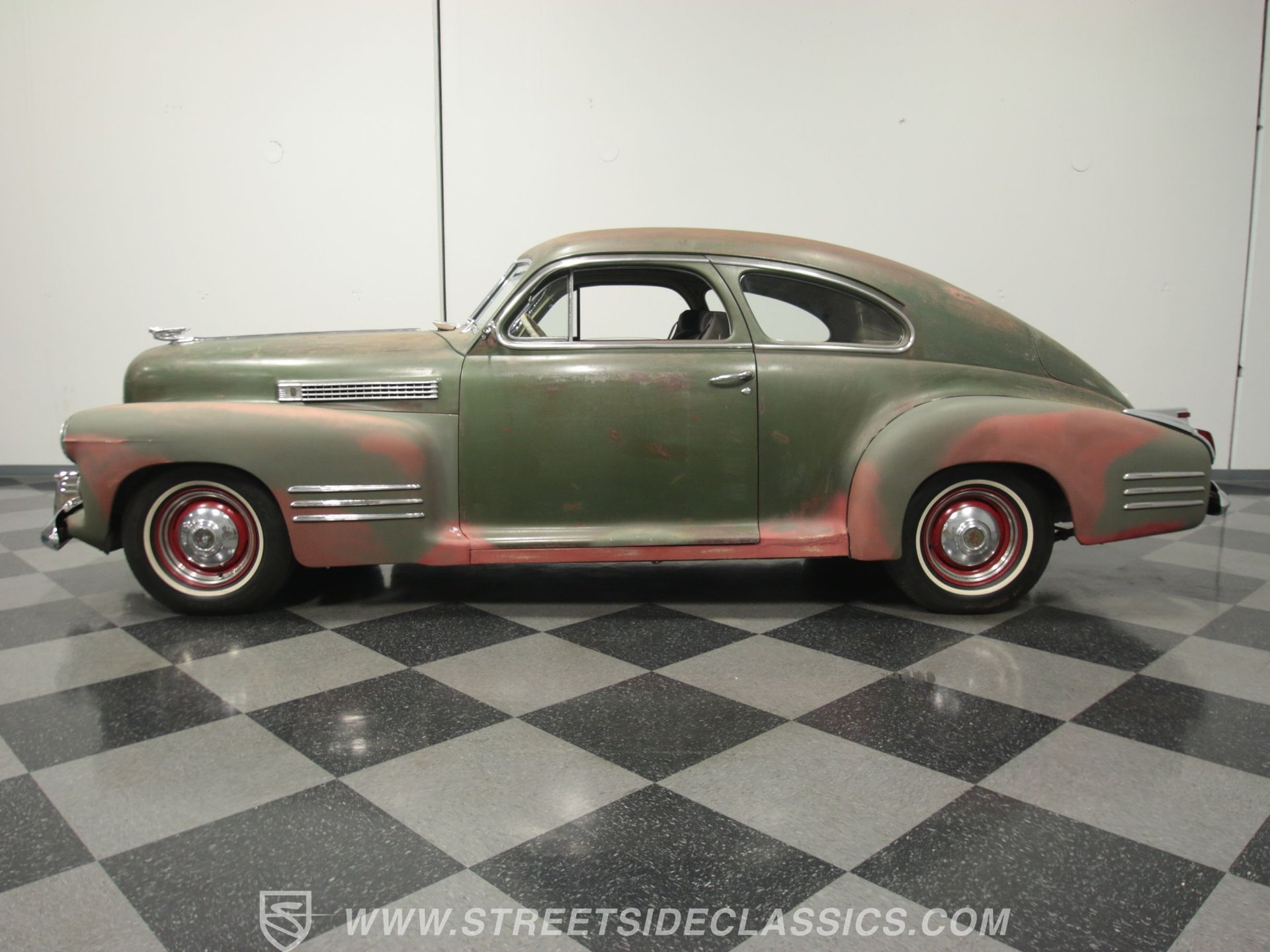