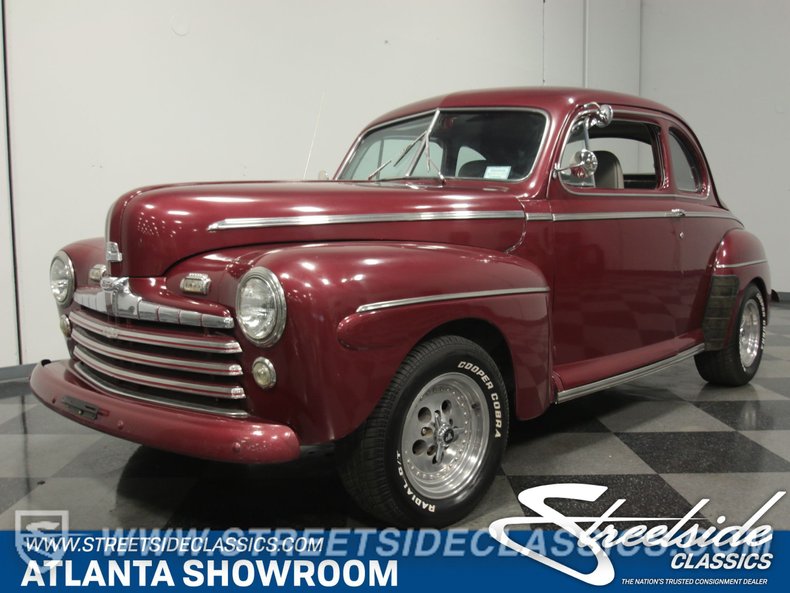 The quintessential fat-fendered rod, this 1946 Ford club coupe offers big car space, plenty of V8 power, and great details that make it stand out in a crowded field. There aren't many hot rods that can honestly be considered daily driver capable, but this one will make you want to slide behind the wheel every chance you get, even if only to join you on your morning commute to the office.

Dressed in burgundy, this awesome Ford has a familiar look that's never going to go out of style, but with a few custom touches that give it a unique look. The most obvious parts are the painted bumpers, but on a car that looks this good right out of the box, there's not much need to go overboard. The burgundy paint was probably done in the 1980s, yet it still looks good enough to hit the road, and there are clean reflections in the Ford's curvaceous bodywork. The sheetmetal is original and nothing was chopped or trimmed, and all the factory trim pieces were left in place, so it looks right from any angle. That means the beautiful wide grille with red accents, the stainless side trim, and even the window surrounds, all of which add contrast to the burgundy paint. The only notable changes are a shaved hood ornament and a blue Ford oval on the deck lid, just in case you didn't know what it was motoring along in front of you.

The very cool interior is why you'll find this car so appealing as a driver, with freshly installed bucket seats, new door panels, and matching gray carpets. The upholstery work is beautifully done and quite tasteful overall, with a pleated look that's directly from the 1940s. The original gauges, complete with red lettering, retain that 1940s sensibility, while a tilt column with a leather-wrapped wheel make it feel more contemporary, and there are auxiliary gauges under the dash to monitor the small block up front. The original radio still lives in the dash, there's an under-dash heater from the 1940s, and they've cleverly hidden a JVC AM/FM/CD stereo head unit in the glove box, so the original look isn't interrupted. The back seat is reasonably sized for full-sized adults, so it was appropriately upholstered to match, along with the good-sized trunk which is simply finished with black carpets.

It isn't a horsepower monster, but this good-looking Ford is ready to cruise thanks to a 307 cubic inch Chevy V8 from a 1968 Chevelle. Dressed in Edelbrock regalia and a few well-chosen chrome pieces, it's a strong runner with a fat torque curve to get the big coupe up and running without working too hard. A Holley carburetor and intake manifold make for sharp throttle response and it's been tuned to make use of pump gas, so no fussiness when you're out on the road. A big radiator keeps it cool even on hot days in traffic, and the block has been painted to match the bodywork. A TH350 3-speed automatic transmission and Ford 9-inch rear end mean it's friendly around town and on the highway. Standard exhaust manifolds and a custom dual exhaust system with glasspack-style mufflers provides an old-school soundtrack and handsome aluminum wheels add to the subtle rake and wear 235/60/15 front and 255/60/15 rear white-letter radials.

Nicely maintained and obviously built to drive, this cool old Ford is a painless way to get a cool old car without spending a fortune. Call today! 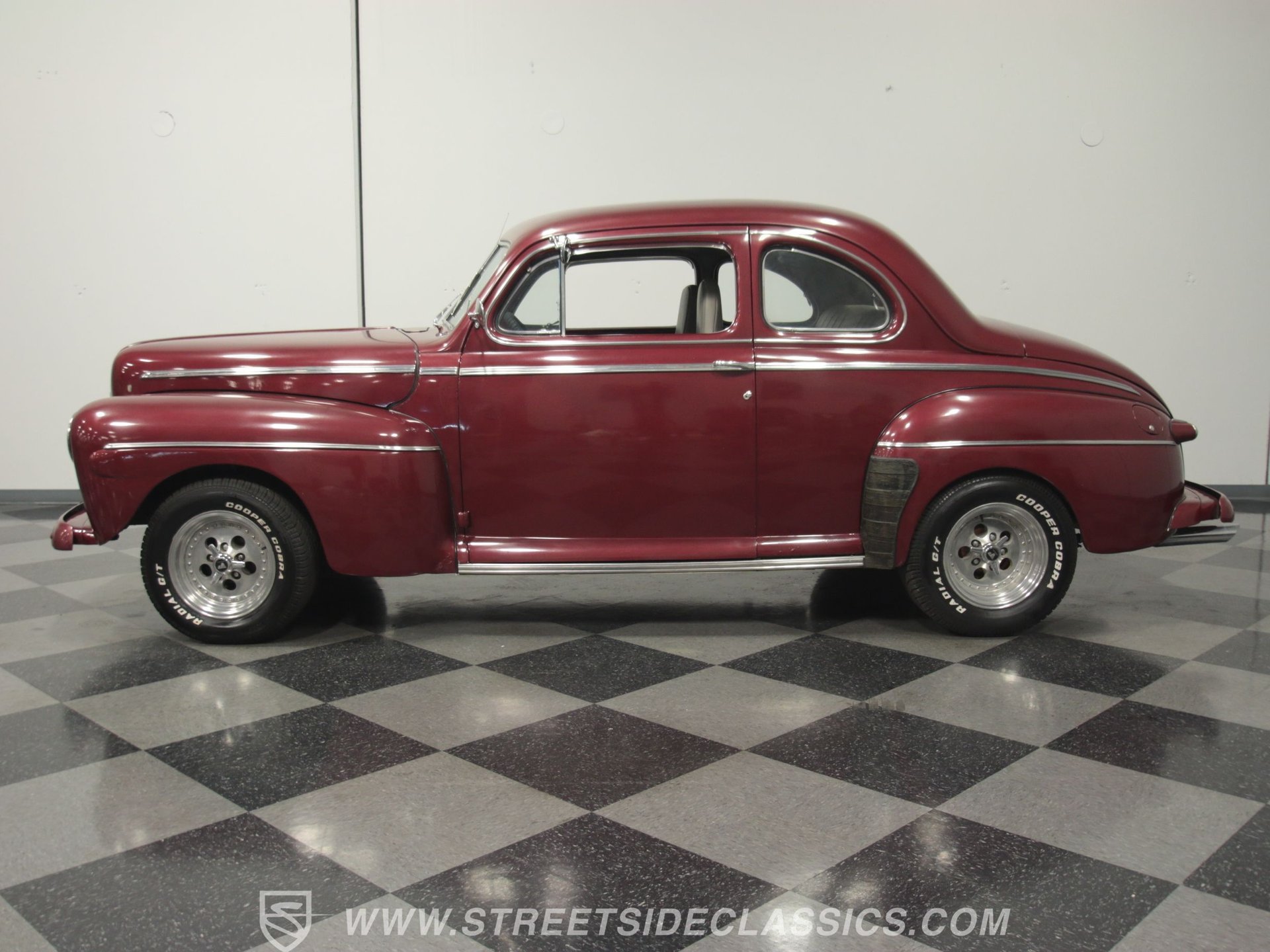