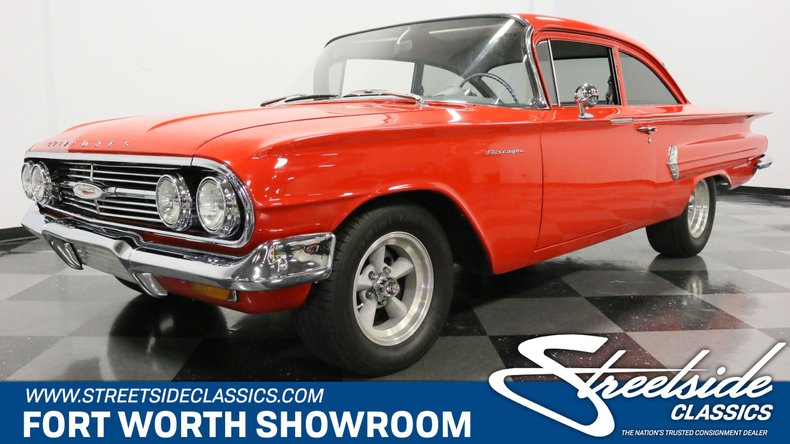 You might have seen this great-looking 1960 Chevy Biscayne in the pages of "Muscle Car Review" magazine where many of the details of its build were covered in detail. Comprehensively upgraded from a bare-bones six-cylinder car, it's now a fantastic resto-mod that's ready for your next cross-country trip.

It was discovered in the early 2000s somewhere in Montana and its potential was obvious. Despite the cold climate up there, it's surprisingly friendly to vintage sheetmetal, so it needed no major surgery to get back into shape. It was stripped bare, a few bumps and bruises were repaired, then it was covered in a few coats of brilliant Roman Red. There was no need for a full frame-off restoration (you can see just how clean it really is in the chassis photos), but they did go the extra mile to get those long quarter panels straight and smooth and to ensure that all the wonderful details of the 1960 Chevrolet design were crisp and sharp. The wrap-around windshield is in excellent condition, and the sleek roof line makes it look fast just standing still. There's still plenty of bright trim, including delicate stainless outlining the tailfins and handsome chrome bumpers that tuck in tight to the bodywork. There aren't many cars that can compete with this one on sheer eyeball appeal.

The interior is as understated as the bodywork is extroverted. The original seats were reupholstered in handsome gray tweed and vinyl, and the entire point of those "Muscle Car Review" articles was to showcase the comfort and convenience upgrades that this car received. Everything looks fairly stock, but when you look closely, there are a lot of features that make this an awesome road trip machine. An accessory tach mounted on the steering column fits the era, while auxiliary gauges under the dash give you an accurate picture of what's going on under the hood. Vintage Air A/C was added, along with Dakota Digital cruise control and a Lokar shifter for the 700R4 4-speed automatic overdrive transmission underneath. The dash and steering wheel were nicely restored, seat belts were added for safety, and the windows were tinted just to give it a bit of attitude. Open the massive trunk and you'll see that the repaint was incredibly thorough and there's a full-sized spare and rubber mat.

The original six-cylinder engine was dumped in favor of a rebuild 348 cubic inch V8 with a period-correct Tri-Power setup with progressive throttle linkage. The distinctive valve covers are easy to spot and look awesome bathed in Chevy Orange paint, along with the rest of the freshly installed powerplant. With a mild cam, it makes about 300 horsepower, which is enough to be entertaining but at the same time, it was designed to be a superior long-distance cruiser, so it's still pretty mild. A CPP power steering setup was added, along with power front disc brakes, and the exhaust system still sounds like a burly V8 but doesn't get annoying on long highway trips. 15-inch Torque Thrust wheels give it a period performance vibe and are fitted with 245/60/15 front and 275/60/15 rear BFG radials that fill those big wheel wells.

Nicely finished and totally sorted (you can read about the shake-down runs in the November 2013 issue of "Muscle Car Review"), this famous Biscayne is everything the editors hoped it would be. Call today! 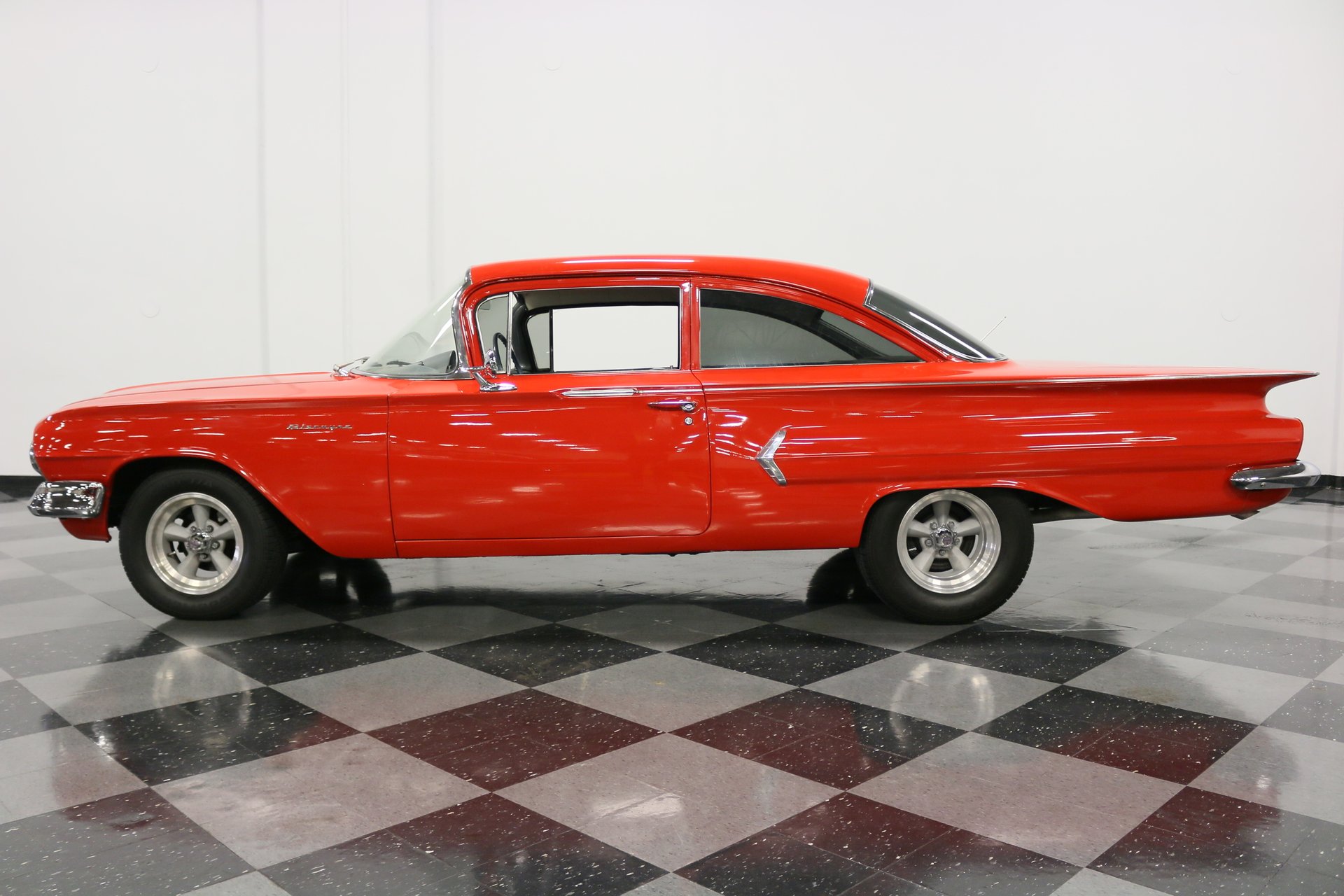