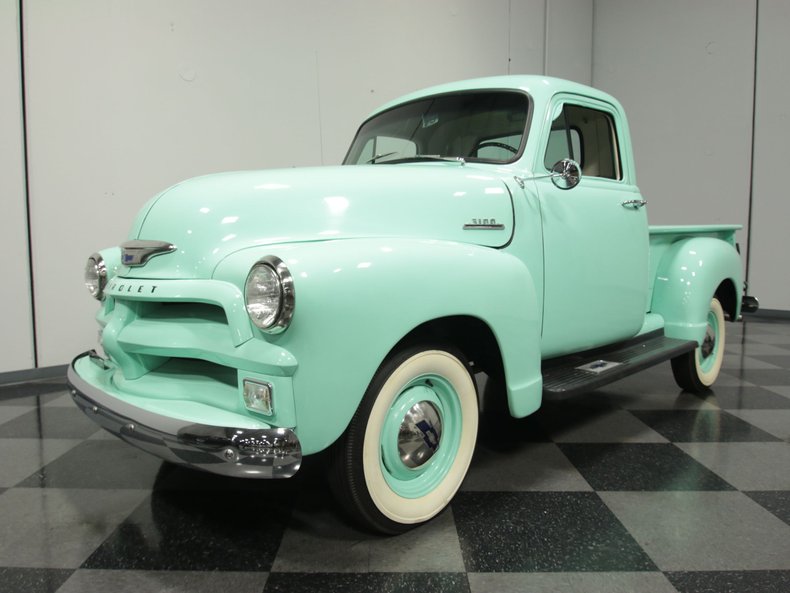 This 1954 Chevrolet 3100 represents the end of the line for the "Advance Design" trucks that are beloved around the world, even today. In 1955, Chevy would introduce an all-new truck, but that didn't mean they sat on their hands and did nothing for '54. A new grille, a bigger engine, and a one-piece windshield make trucks like this '54 model the ones to own if you're looking for something with classic styling.

This is pretty stock truck, with a seafoam green paint job that looks great on the rounded bodywork and is perfect for the mid-60s hauler. The work is nicely done, with good straight panels that indicate that this truck was never beaten and bruised in its day job. The grille has been painted to match the bodywork instead of the more familiar white (or optional chrome), which is a cool custom touch that simply builds on the factory look. In back, GM engineers lowered the rear frame kick-up in '54, allowing the bed sides to be lowered for easier loading, and the bed itself has been refinished using fresh light-colored wood and bright stainless strips. Fresh chrome bumpers, twin taillights (only one was standard) were added for safety, and step plates on the running boards are functional as well as stylish. This is a very tastefully modified truck that fits in anywhere it goes, especially with that lovely green paint job.

Further design improvements for '54 included a redesigned dashboard with recessed instruments, the speaker grille bars were now vertical instead of horizontal, and the upper portion of the dash bulged out slightly over the working section. Finger grips were added to the steering wheel, which continued to showcase GM's fascination with "jet age" styling. The seat is upholstered in brown leatherette, set off by subtle tan paint on the dash and door panels, and it's a nice change from the expected bright green body color. A rubber floor mat and other easy-to-clean materials make maintenance a snap, making this truck ready, willing, and able to go to work tomorrow. The only notable modification is the speakers in the doors, working on concert with an AM/FM radio that's invisibly integrated into the interior. And for those chilly nights coming back from the cruise-in, there's an under-dash heater that's surprisingly effective.

1954 was also the year that Chevy finally put the larger 235 cubic inch inline-six under the hood. Borrowed from the larger Load-Master line, it features full-pressure lubrication, a heady 7.5:1 compression ratio, and aluminum pistons, and makes a very usable 112 horsepower and 200 pounds of torque. This one has been rebuilt and neatly dressed in corporate blue engine enamel and a custom-painted valve cover with the 'Chevrolet' script highlighted in matching blue paint. The engine bay is tidy and shows signs of proper maintenance, but it's quite stock, right down to the factory-style carburetor, oil bath air cleaner, and generator for making electricity. The 3-speed manual transmission shifts neatly and even though it's geared for driving around town with a load, it's happy buzzing along on the open road at 55 MPH. Underneath, it is very clean, offering a stock exhaust system and a set of recent 6.00-16 BFGoodrich bias-ply whitewalls on painted steel wheels for a period-perfect look.

Nice trucks that can be driven and shown with pride are still available, and they're still affordable as this '54 proves. Call today! 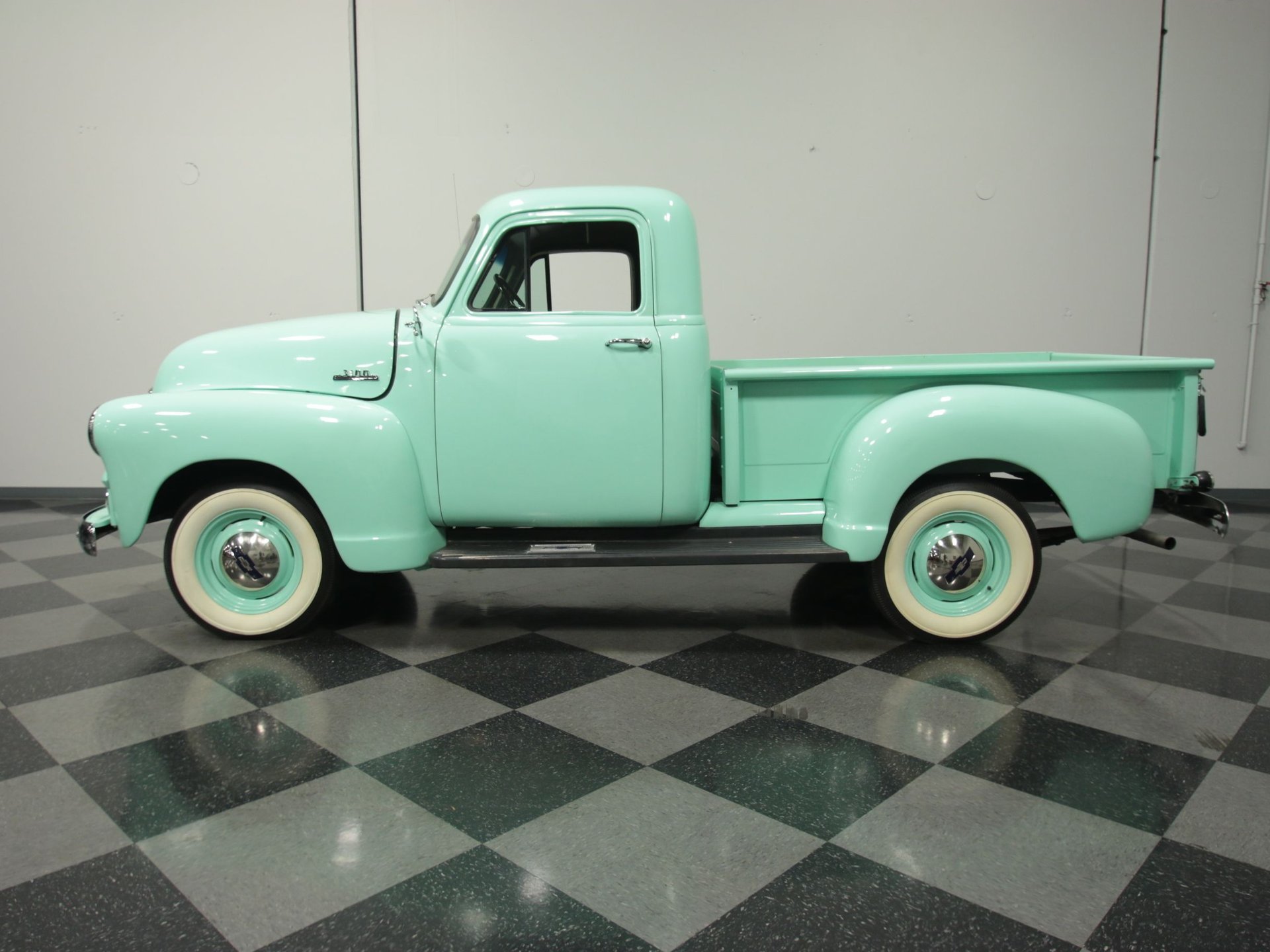