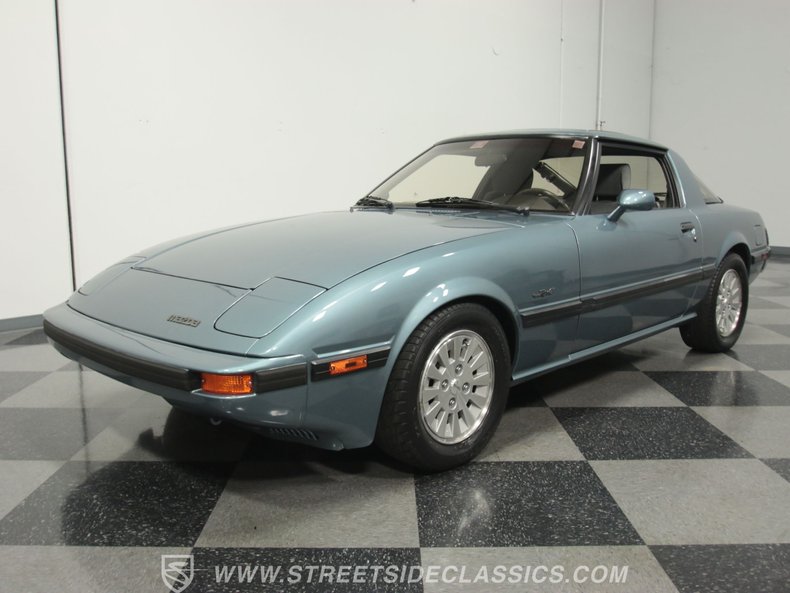 The Mazda RX7 did two things: one, it proved that the Z-car wasn't a fluke and that Japan could build world-class sports cars, and two, it showed that the Wankel (rotary) motor was viable in a production car. This 1985 Mazda RX7 is so exceptionally clean that it looks like it's been transported directly from, say, 1987 to the present and hasn't aged a day in decades. Early Japanese machines are definitely collectable, and the remarkable RX7 is surely at the top of many lists for future appreciation.

Mazda did their homework with the RX7, giving it a thoroughly modern shape that looked vaguely like the Porsche 944 and took a big step away from the 280Z. Folding headlights, smoked taillights, and compact dimensions made it look ready to start carving corners, and it was mercifully free of styling gimmicks. Even the bumpers were very neatly integrated into the overall design. This one's icy blue paint shimmers with an even glow and anyone who grew up in the '80s will instantly recognize this color, although the actual paint on this car is only about two years old. There's no sign of rust or accident damage anywhere on this cool survivor, which is highlighted by black rubber rub strips that protect the bodywork. Fit and finish is remarkably good, and just in case you've forgotten how Japan made their mark in the US, you need look no further than how well the doors and hood fit, how flush the headlights are, and how snugly it seals up, even thirty years later. The preservation on this one is rather remarkable.

The interior dates itself a little more than the bodywork does, but the cloth buckets are supportive and comfortable for long hauls, and it's a proper driver's environment. The original gray upholstery works well with the blue paint, and the first RX7 was definitely a rocket built for two. Almost everything was standard, and this one includes power windows, A/C, a rear defroster, and that massive sunroof that's totally removable and stows in the trunk. There's very moderate wear on the seats, the carpets look like they've always been well-protected, and the top of the dash hasn't been baked in the sun like so many of this car's brothers. Clearly marked instruments still look contemporary today (yes, that's a 7000 RPM redline on the tach, more on that in a moment), and even the AM/FM/cassette stereo system (with graphic equalizer!) still sounds decent.

The RX7's real calling card, however, was the revolutionary 2-rotor Wankel engine. No pistons, no crankshaft, no valves, just a pair of triangular rotors inside a beer-keg-sized housing. The design was compact and efficient, and happily spun to 7000 RPM and beyond with incredible smoothness. It's a delight to row through the gears of the standard 5-speed gearbox, and despite its reputation for complexity, a well-maintained Mazda rotary engine is simply a joy to drive. The engine bay is highly detailed and shows signs of care over the decades, and underneath it's extremely clean with no signs of trouble, just as you'd expect from a car showing just 83,694 original miles. Stylish alloy wheels look '80s funky and wear 205/60/14 radials that are affordable and more than adequate for the lightweight RX7.

Z-cars are already on the move, and the RX7 isn't far behind. You won't find one nicer than this with exceptional mechanicals and great colors, so invest now while it's still so affordable. Call today! 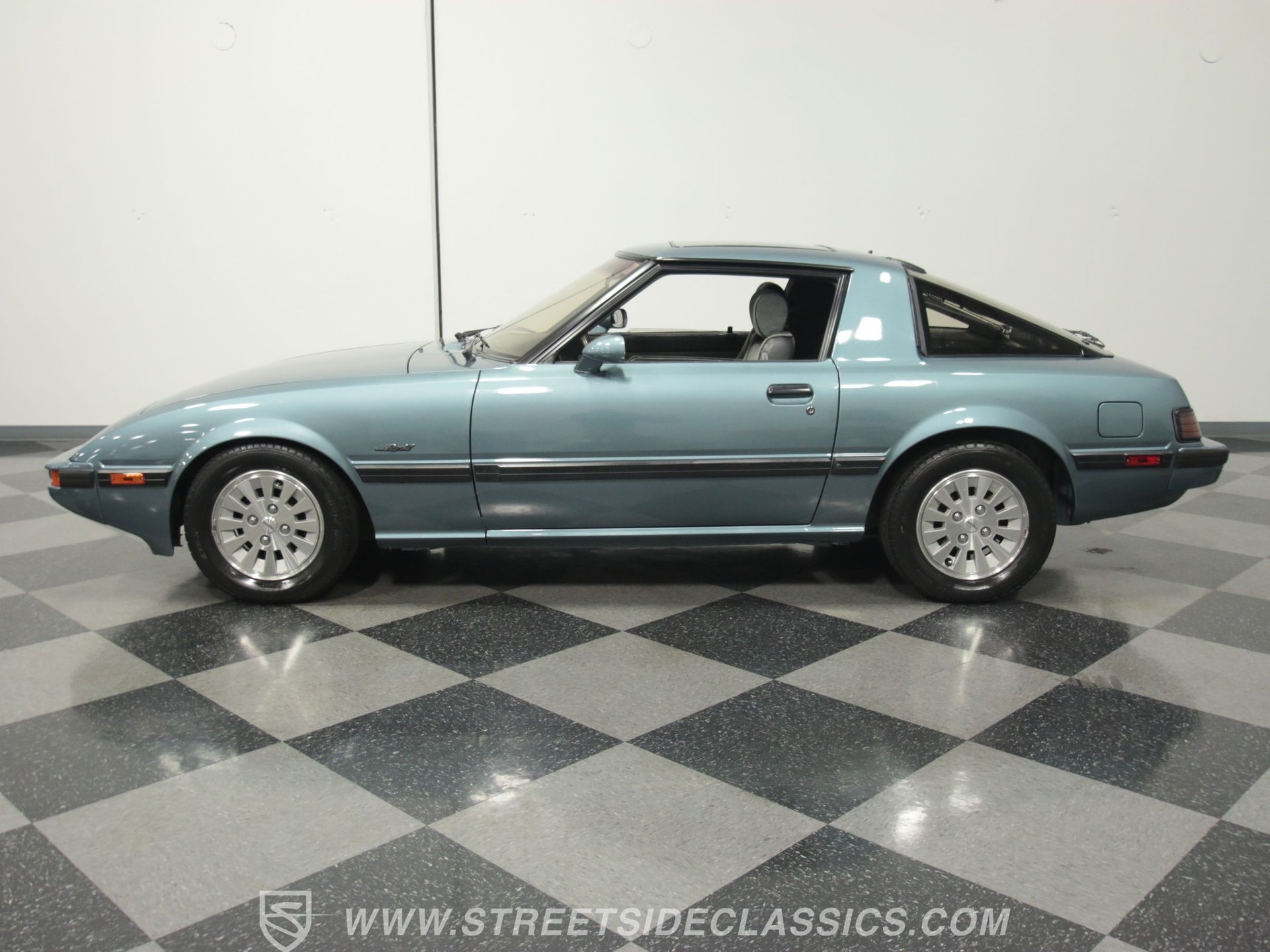