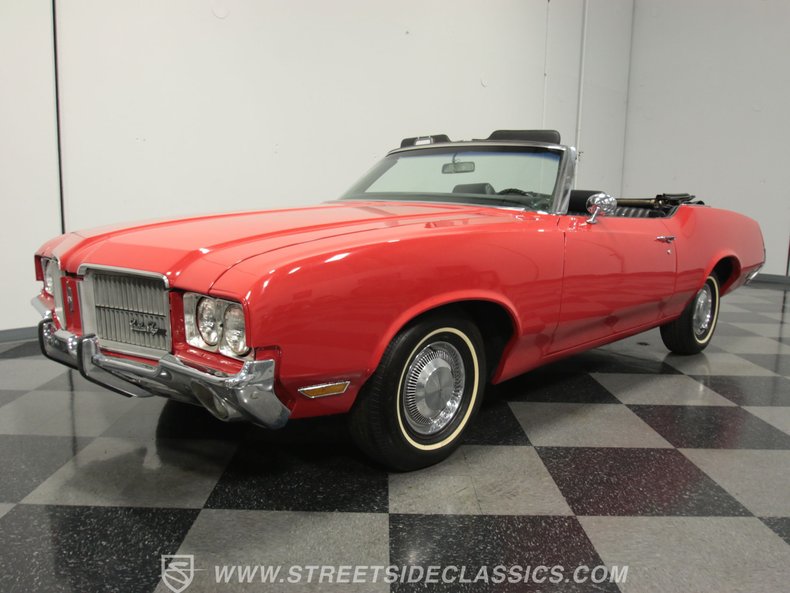 There's still a lot more bang for your buck with an Oldsmobile, as this 1971 Cutlass Supreme convertible so ably demonstrates. There's a small block V8 under the hood, incredible styling that neatly bridges sporty and luxurious, and a long list of features that make it an awesome choice over a more common (and expensive) Chevelle.

How can you not love the way this car looks? If you've outgrown your boy-racer image, this Olds neatly captures top-down fun in a sporting A-body without going over the top with it. The vivid red paint is bright and distinctive, and it grabs your attention without resorting to stripes and spoilers to do it. Fairly recent paint certainly makes for a very nice shine and the steel underneath is in above-average condition and really looks crisp under the racy red finish. It's clean and simple, which is how most of the cars were delivered when new, and we like the relatively unadorned look, which is a nice contrast to most of the other cars of the period, particularly the more luxurious Oldsmobiles. Nice chrome bumpers, a pair of grilles in good shape, and familiar two-element taillights give this Olds a familiar look that will never go out of style.

The handsome black interior looks very nicely preserved and offers a great complement to the bodywork without adding another color to the mix. It's standard Oldsmobile fare, which means a bit of luxury to go with your muscle, and it's particularly effective here. The seat covers are original and showing some wear but no major splits or tears and the rest of the interior is nicely maintained so you can cruise without worries. The woodgrained appliques on the dash and door panels are likely original as well, and they're surprisingly well preserved, and the gauges with their brushed stainless faces are in good order. Options include factory A/C (the system needs to be serviced), a center console, and both power steering and power brakes. An AM/FM radio lives in the dash, although it's probably due for replacement just to make your cruising a bit more entertaining. A snug-fitting black power convertible top is probably a few years old, but includes a glass rear window, which is always nice. The trunk is a bit dirty, but the original mat what may even be the original spare tire are included.

Oldsmobile's 350 cubic inch "Rocket" V8 shared only its displacement with Chevy's small block, but it has a distinctly different personality. With a very precise-sounding mechanical whir, it rumbles to life easily and idles happily without complaint and with a broad torque curve, you'll forget about you big block aspirations pretty quickly. Very stock and very original, it's a bit grungy, but it runs great and this is one place some simple elbow grease would really add value. This is the car's numbers-matching engine and they have proven to be as durable as anything of the period. Backed by a TH350 3-speed automatic and a 10-bolt rear end, the powertrain is rugged and easy to service, too. A single exhaust system makes a hushed yet distinctly Oldsmobile sound that's quite pleasing and the simple hubcaps and 215/75/14 whitewall radials are probably closer to how most of these cars were equipped when they were new.

For a nice summer cruiser, this Cutlass's combination of performance, looks, and price are going to be very hard to beat. Add a little weekend detailing fun and you can have an awesome car for not a lot of cash. Call today! 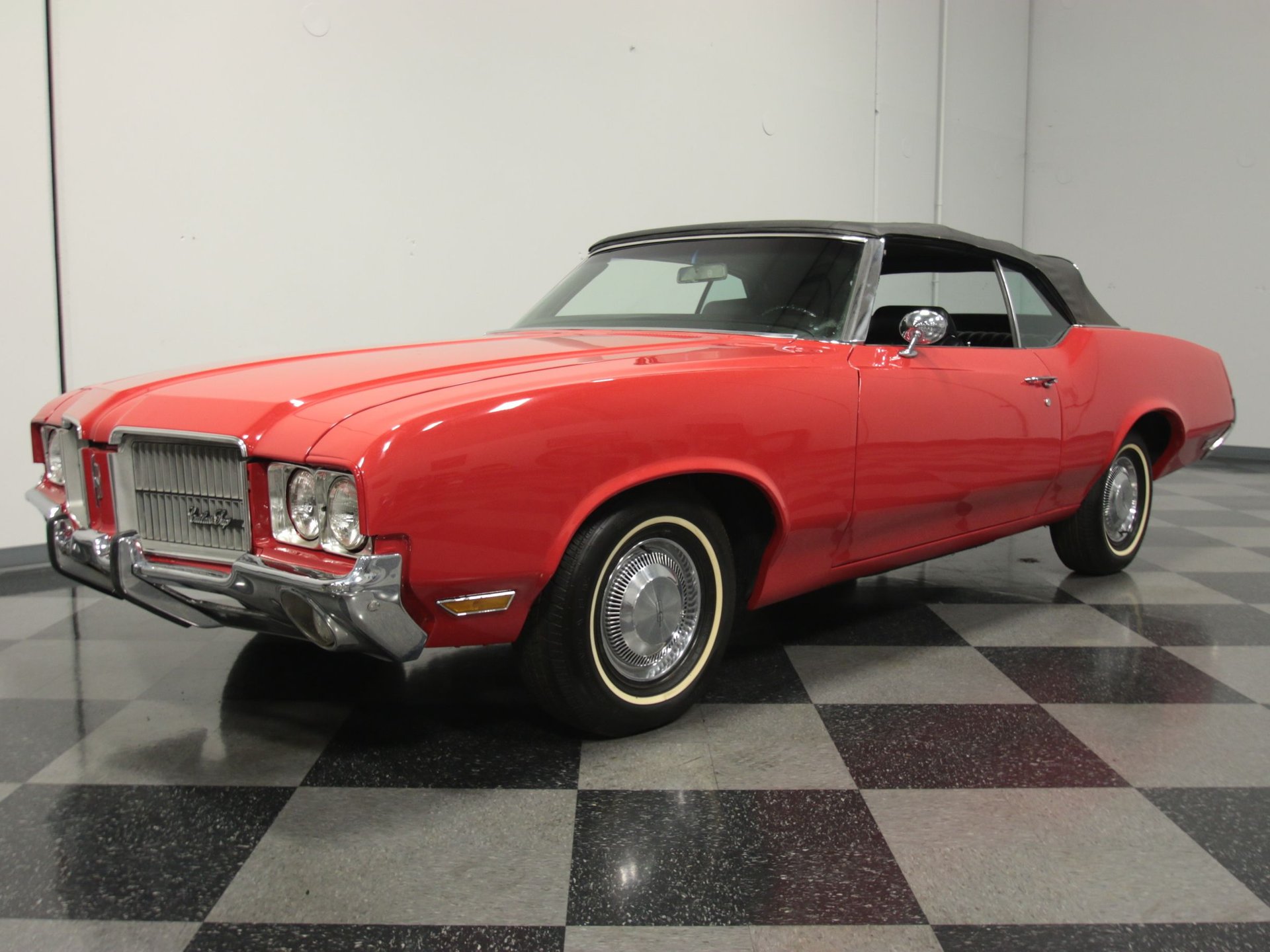