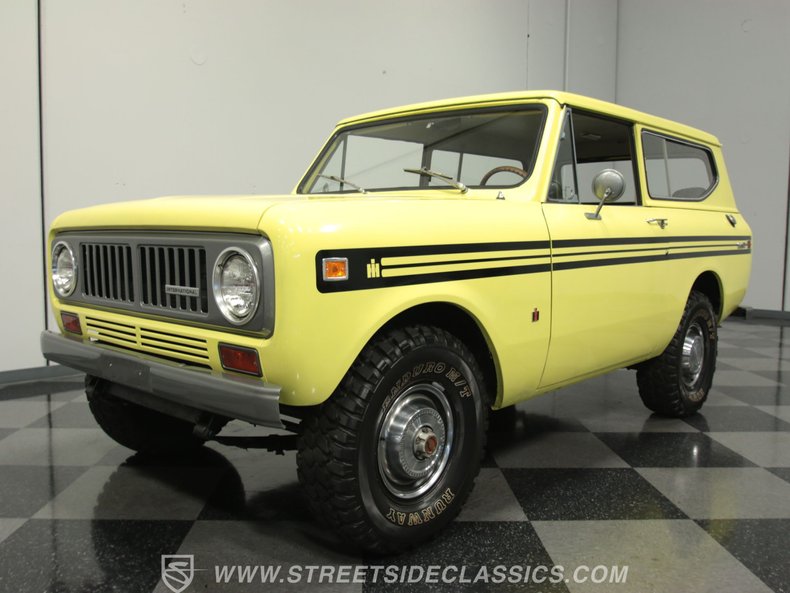 There's certainly an argument to be made that the International Scout was the first modern SUV. Trucks like this 1974 Scout II were kind of all-weather, all-terrain station wagons before we knew we even needed such things. Today, they're funky collectables that are a nice break from the usual Broncos and Blazers, and if you're looking for a good one, this one is fully restored and is one of the best we've seen.

With a recent paint job that nails the 1970s look perfectly, this Scout totally nails the simple all-purpose look of International Harvester's popular SUV. Survival rates are pretty low, so finding one is tough, but finding one that has been restored to this level is something else altogether. The bright yellow paint is the truck's original color and it's been properly rendered using modern urethanes so it's ready to head off road without worries. Correct black tape stripes were reinstalled along the sides of the bodywork and all the original emblems were returned to their spots. It's all about simplicity, and you'll find it in the painted grille, the simple front bumper, and the minimal chrome trim. There is a handy step bumper out back and we have to admit that the cool kick-up in the rear window gives the Scout a definite sense of style; they just as easily could have left it straight. The overall look is really impressive.

The handsome brown bench seat interior has likewise been fully restored to a level that you just don't see on trucks like this. New seat covers are firm and comfortable, with the front seats tilting forward for access to the rear bench and there are matching armrests on the doors. The door panels have also been restored, and they look great and duplicate the factory look exactly. Amenities are sparse, as you'd expect, but you do get an AM radio, a handsome wood-rimmed steering wheel, and a 3-speed manual transmission that makes the Scout a lot of fun to drive. There are matching floor mats to keep the carpets tidy and the cargo bay is plenty big enough for all your gear on a weekend trip to the middle of nowhere. And please take a moment to note how solid things like the tailgate and side panels are, which comes from a lifetime in a warm climate.

The 3.9 liter OHV inline-6 isn't about horsepower, it's about reaching your destination. International Harvester called it the "Power Thrift Six" which I suppose describes it well enough. Using the original, rebuilt carburetor it starts up with a trucky grumble from the single tailpipe, and after a few seconds, it settles into a smooth idle. Lots of new parts, including an upgraded alternator, late model HEI ignition system, and dual master cylinder for the power brakes makes it a bit happier in today's environment, but the basic bulletproof package that could tackle almost anything is still intact. The aforementioned manual transmission drives a 2-speed transfer case which spins both axles, and that's what gives it both its all-weather security and go-anywhere capability. The power brakes are a must-have feature, and it's fitted with fairly aggressive all-terrain tires so that you don't have to be afraid of getting dirty.

Like the Bronco and the Toyota FJ before it, the Scout is seeing some new popularity and increased valuation. Finding one this clean is all but impossible, so why not get ahead of the curve and put this in your collection before prices go out of sight. Recently restored and imported to the US, Scouts like this do not surface on the market very often. Call now! 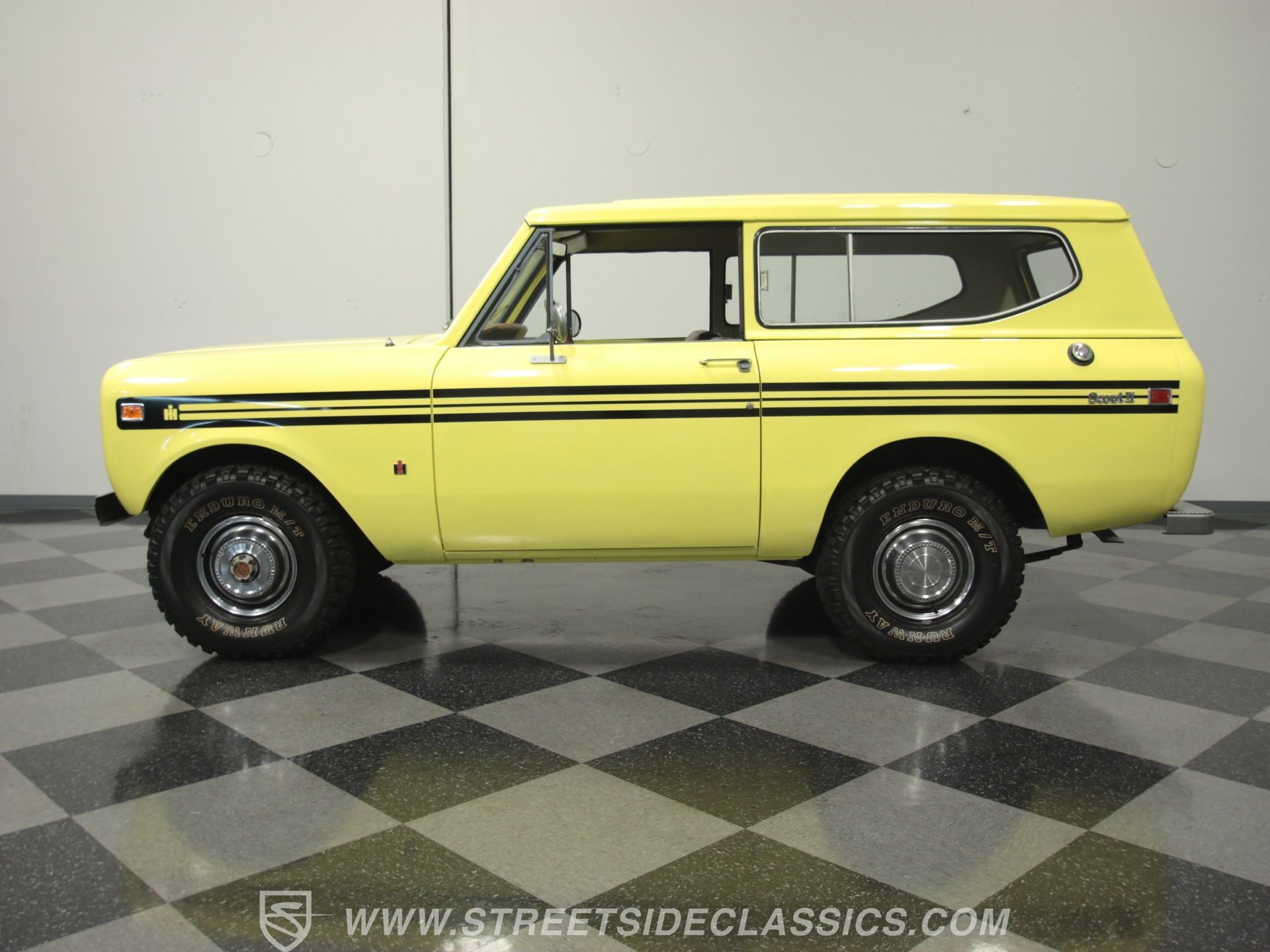