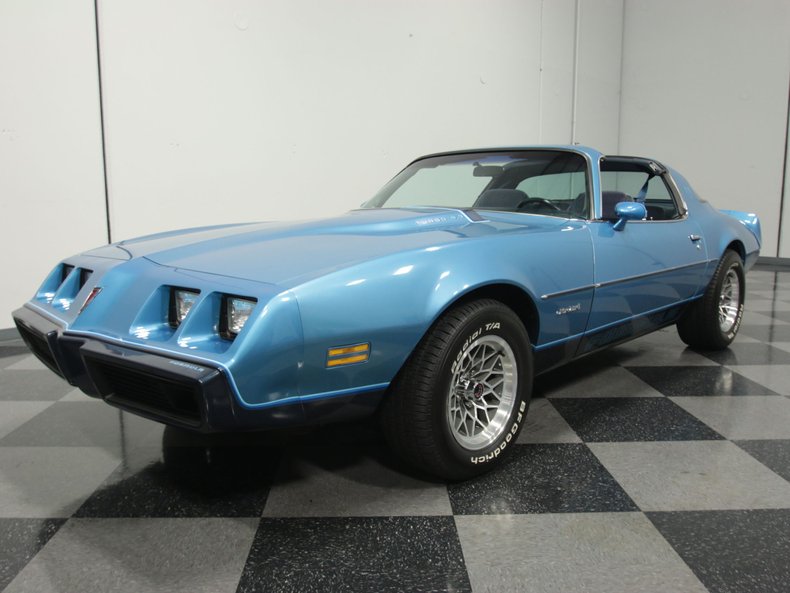 One of the most under-appreciated second-generation F-bodies is the Firebird Formula. Less ostentatious than the Trans Am, this 1980 Formula Turbo packs the same turbocharged V8 engine in a more refined package. And investors take note: this is an all original survivor with just 68,244 original miles.

From an era when Trans Ams were notorious for being over-the-top, this very attractive Tahoe Blue Formula provides welcome contrast. With just 68,244 original miles, it's as nice as survivors come, and shows original paint throughout (yeah, no kidding). Garage kept and expertly maintained all its life, it's a reminder of what performance looked like in the early 1980s. The shape was still dramatic, even in its 11th model year, and there are many who like the subtlety of the Turbo's power dome hood as opposed to the faux scoop of the T/As. The paint is bright and sophisticated and the requisite decals are contrasting blue, not white or gold, so the car has a somewhat low-key look that should be very appealing. Details like the contrasting lower bodywork, urethane nose cone, and unique rear bumper are in excellent condition and show none of the usual signs of age that plague many of these cars. The paint shines up quite well but doesn't have that super-perfect look that tips off onlookers that there's been a repaint; no, this one looks like a really well-maintained survivor and we like that part just fine.

There's no question that the blue cloth interior is original and in very nice shape. As with the outside of the car, the Firebird's interior is rather restrained and tasteful, although it still offers all the traditional high-performance styling cues that you've come to expect: engine-turned dash, three-spoke steering wheel, and a center console. Easy-to-read gauges look sporty and give a comprehensive view of the V8 up front, and from behind the wheel, you'd almost never know that there was a forced-induction powerplant up front. This handsome Firebird Formula comes loaded with options like factory A/C, power windows and locks, and T-tops, which are pretty much a must-have on any late '70s Firebird. An AM/FM/cassette stereo was another desirable option that still wasn't too common in 1980, and the Firebird-logo floor mats are an appropriate addition. The trunk is still entirely original, too, with no signs of trouble lurking underneath.

The 4.9 liter turbocharged V8 was a great performer in 1980, and made a respectable 200 horsepower and a very stout 340 pounds of torque (for contrast, the Mustang Cobra offered 120 wheezing ponies). This is the car's original, numbers-matching engine and given the low mileage, it's likely that it has never been apart. The heart of the whole system is the turbocharger mounted on the passenger's side of the engine, which pressurizes the Pontiac-built 301. All the hardware is intact and functional, so you get that gentle swell of torque whenever you squeeze the accelerator and as with many turbocharged cars, the choice of a TH350 3-speed automatic transmission is a smart one, keeping the turbo on boost through the gears. The underside is every bit as tidy as the engine bay, and it includes a fresh Flowmaster exhaust system that sounds decent despite the muting effect of the turbo. Those snowflake wheels are still some of the most attractive ever fitted to a Pontiac, and carry 245/60/15 front and 255/60/15 rear BFGoodrich T/A radials.

Garage-kept all its life, this Formula Turbo includes PHS documentation and tons of potential for appreciation and fun. Call today! 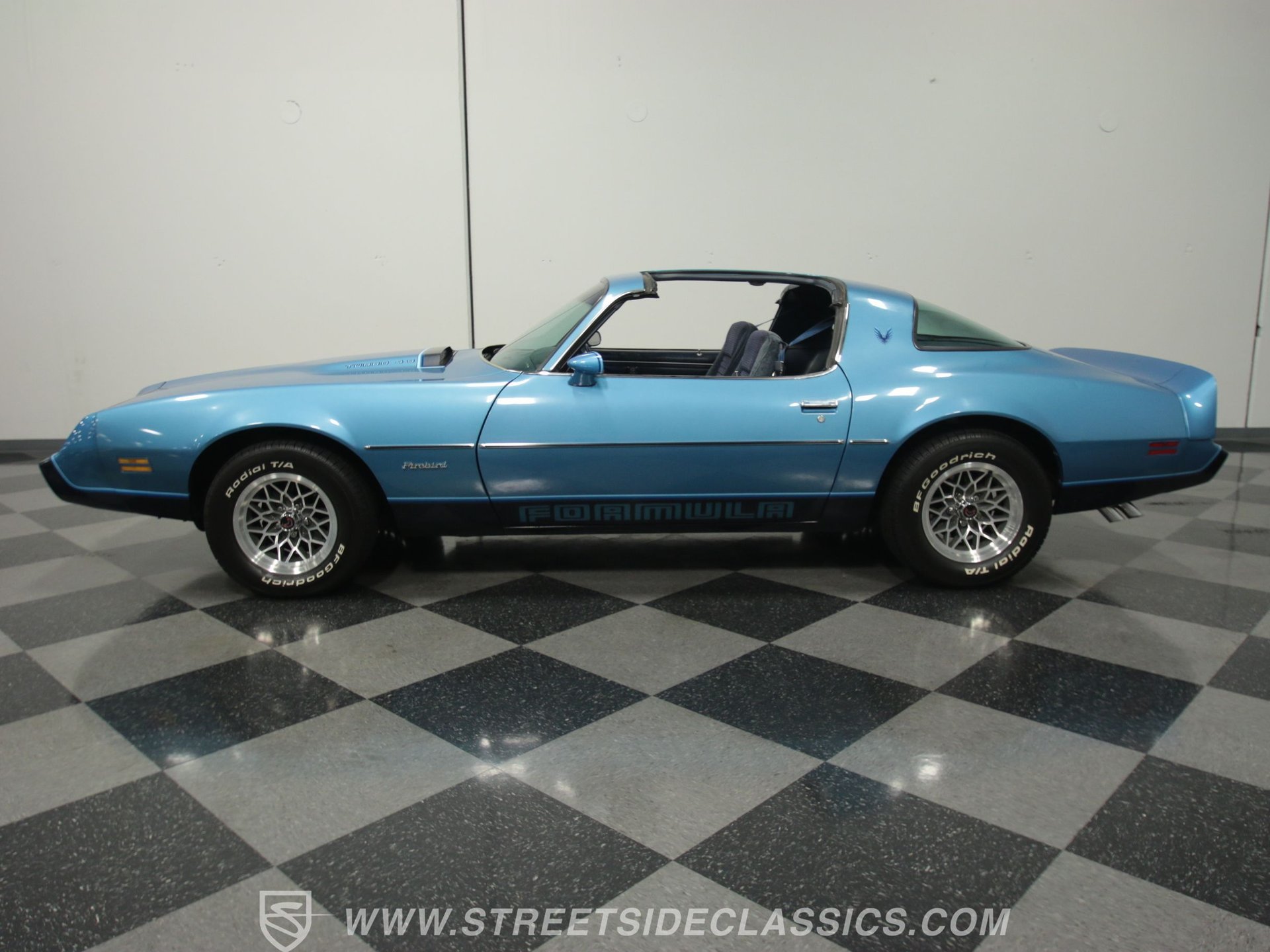