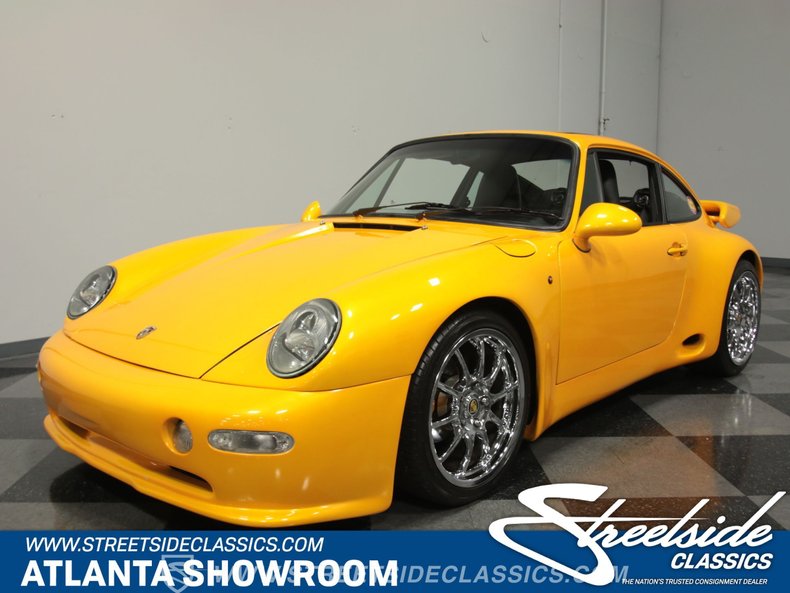 The great thing about Porsche 911s (well, other than the fact that they're Porsche 911s) is that they design has remained consistent. Perhaps only its spiritual cousin, the VW Beetle, is more familiar to the world. That also means that this 1977 Porsche 911 equipped with some clever 933 additions, looks far more up-to-date than any other car built in 1977, giving you an A-list ride at a very reasonable price.

The bright Honey Hollow Metallic Yellow coupe wouldn't look out of place in a modern Porsche showroom thanks to a skillful blending of aftermarket parts and an OEM sensibility. For the most part, everything bolts right on, so this car hasn't had any major surgery, although the flared rear fenders and cool vented rockers are beautifully installed. It's a 993 wide body kit from Germany, so the quality is impressive and it certainly does give the car a modern flavor that looks fast just sitting still. The work was done about 10 years ago, so there's some wear and use on it, but that's no demerit because it proves that this car works as intended. Late-model 993 headlights give it an up-to-date appearance, as do the taillights and Turbo-style wing on the back. The black trim not only looks awesome against the yellow paint, but it's also in great shape with no signs of UV damage or fading. If you want attention, this car delivers in a very big, yellow 911 way.

Porsche interiors rarely need upgrades, but this one was neatly dressed in two-tone black and yellow leather, just to tie it together with the exterior look. Those are stock seats with yellow inserts, and custom door panels were created to make it look almost OEM. A wood-rimmed wheel wears a correct Porsche horn button and polished aluminum rings around the familiar 911 gauges really dress things up inside. There's more aluminum on the shifter, which is linked to a 5-speed manual transmission with perfectly-spaced ratios; if there's one thing Porsche engineers know how to do, it's how to make a car dance with you. A newer AM/FM/CD stereo head unit and oversized speakers in back provide entertainment when the howling flat-6 just isn't enough, and there's a power sunroof overhead. The forward trunk area is neatly trimmed in black carpet and includes a shock tower brace, which makes a difference you can really feel.

The 2.7 liter air-cooled flat-6 engine has modest specs, but in this car, it delivers herculean performance. Fully rebuilt by the pros, it's ready to enjoy and provides both the wonderful soundtrack and the low-end torque that Porsche fans have come to expect from their favorite powerplant. It's really packed in there, so there isn't much to see beyond the big fan in back and air cleaner assembly up top, but what you can see is almost entirely stock. Unlike so many of its siblings, this one hasn't been extensively modified or upgraded, so it remains one of the most reliable supercars you can own. The 5-speed manual transmission was also rebuilt, and the car completed a full professional inspection right before it arrived in our showroom, so it's ready to enjoy right away. Obviously, nobody drives a 911 in the winter weather, so the underside is extremely clean and it wears a newer exhaust system that sounds right. Chrome alloys look awesome with the yellow bodywork slammed down over them and they're carrying 18-inch performance radials.

Nicely built, well-sorted, and with plenty of paperwork behind it, this 911 is the car that more than delivers on the performance that its looks seem to promise. Call today! 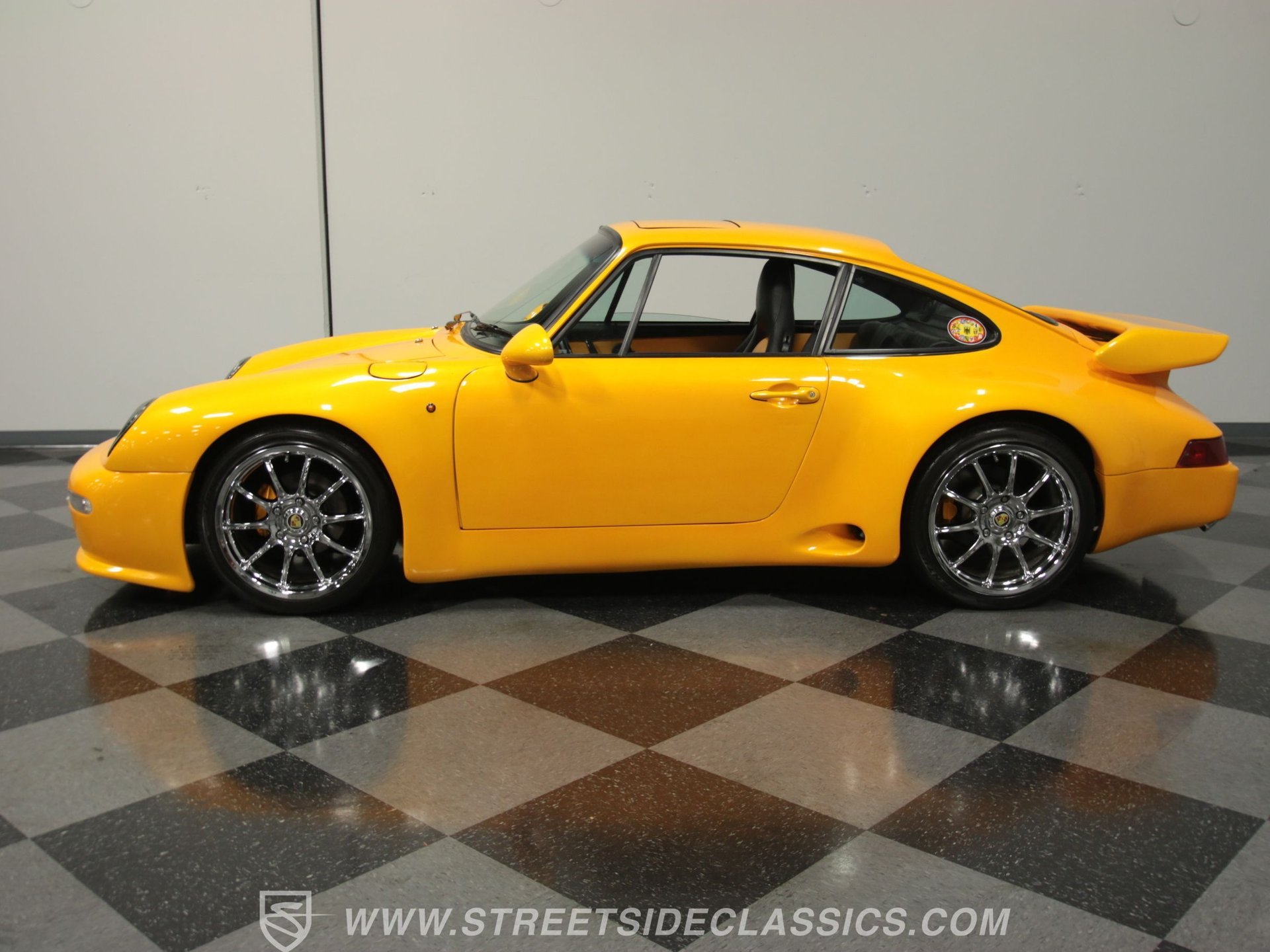