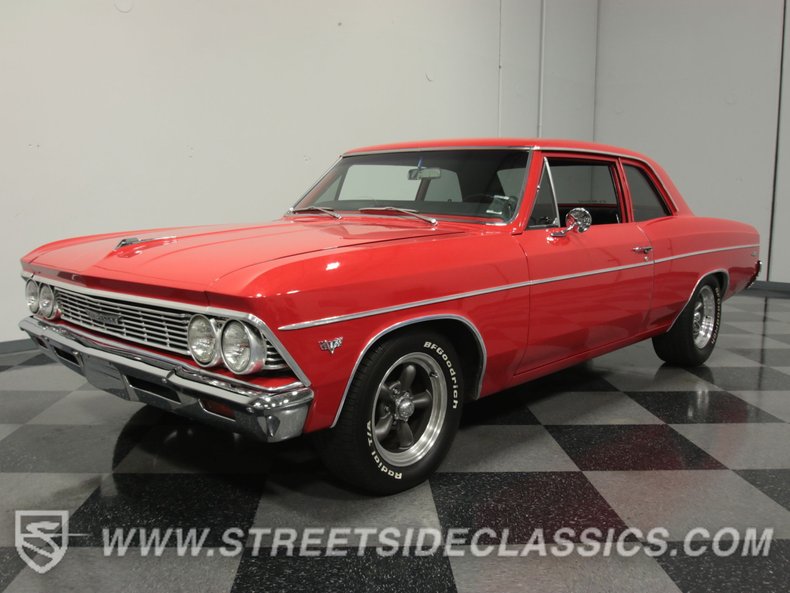 At first glance, you might be thinking this 1966 Chevrolet Chevelle 300 Deluxe is a nice, but kind of ordinary car. But look a little closer: the bright red paint is eye-catching, the black interior is beautifully finished, and there's a fresh 350 cubic inch V8 under the hood. If you want a Chevelle but you don't want to be like everyone else, perhaps this 300 is a smarter choice.

But before I get ahead of myself, let's have a look at the bodywork. The Chevelle was Chevy's mid-sized car, and in 1966 the 3-door sedan looked purposeful and even intimidating; this is what the racers bought. In 1999, this one was treated to a respectable bare-metal paint job in bright Regal Red, but I think the builder was careful not to make it too nice, because drawing attention isn't what a car like this is about. Instead it looks good enough to get a thumbs-up on the road, and you'll definitely be proud to be seen behind the wheel, but if you light up the tires and spray hot, melted tire rubber onto the quarter panels, well, you won't worry about it very much at all. There no fake SS emblems here, adding to the illusion, although tinted windows are a bit intimidating. Chrome is quite nice, the stainless has been polished, but the overall look is very factory-correct and not over-done.

Fans of authenticity will be especially pleased with the interior, which features a front bench seat, black vinyl upholstery and a minimum of frills. The materials and patterns are authentic reproductions, giving it a very pleasant atmosphere inside that is comfortable and inviting. Matching black door panels are crisply rendered and the carpets have the original weave to them, so they look right, too. It's still got the original gauges, but a Sun tach has been mounted on the A-pillar, mostly where it won't be noticed but can still be seen easily. You may also note that an AM/FM/CD/USB/Bluetooth head unit was installed in the dash and powers a custom speaker box in the trunk with a pair of subwoofers. The remote is for the alarm and kill switch, and there's a full-sized trunk and relocated battery in the trunk.

So about that engine. It's a fresh 350 cubic inch crate motor that's a nice fit in the big engine bay. With under 2000 miles on the install, it runs great and has no issues, and uses standard horsepower-builders like an Edelbrock carburetor and intake manifold, plus a set of long-tube headers. Chevy Orange paint makes it look right, and a bunch of chrome dress-up adds some great pop to the otherwise satin black engine bay. Power steering is a welcome option on a car this size, but it's still got manual brakes, a tie to it street-fighter origins. The recent exhaust system features cut-outs that surely sound magnificent when they're uncorked, but keep them buttoned up and it has a mellow V8 burble that never gets annoying. The TH350 3-speed automatic transmission has quick reflexes and the 10-bolt rear end won't complain. Recent Torque Thrust wheels offer a period performance look and carry fat 225/60/15 BFG rubber.

There's more here than meets the eye, and one drive will convince you that what's under the hood is what matters, not some fake SS badges. Call today! 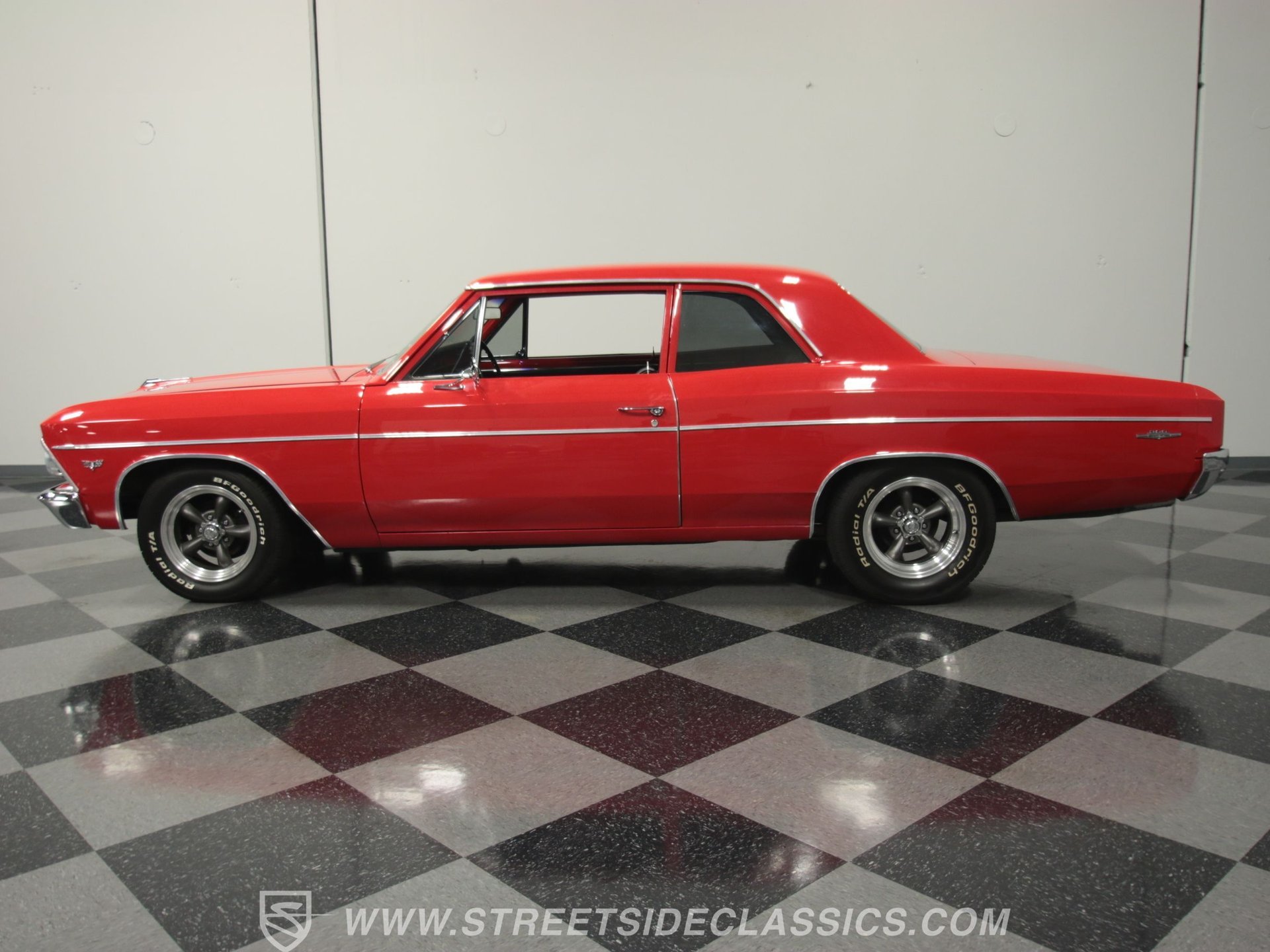