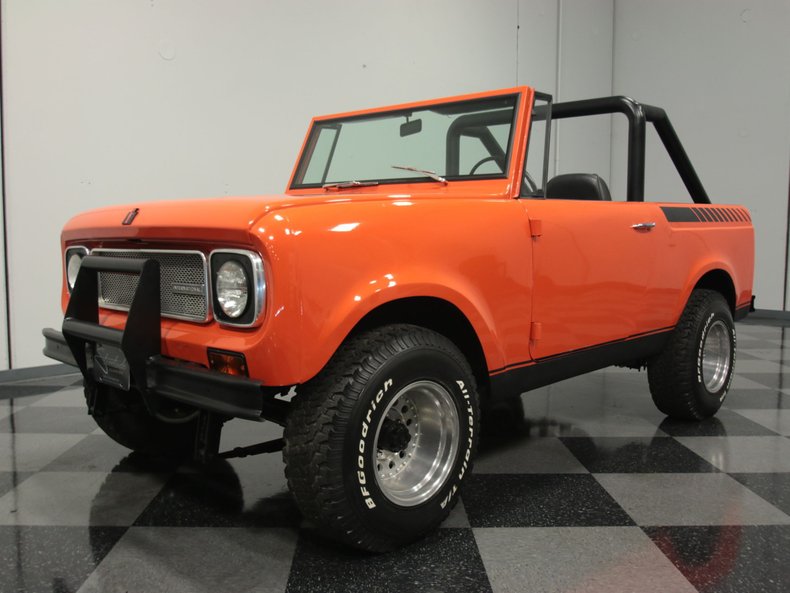 One of the original SUVs, this 1969 International Scout seems to live in the perpetual shadow of the Ford Bronco, but with a strong-running 304 cubic inch V8, a 5-speed manual gearbox, and the same do-anything attitude, all at a much more affordable price, perhaps that's about to change. Take a look and you'll discover this is one heck of a nice truck.

The squared-off bodywork tells you all you need to know about International's intentions: this is a tool for any job, or any adventure. But that doesn't mean it doesn't have its own particular appeal, especially when it's this nicely finished. You don't find many of these around, and far, far fewer have been restored this well, with super-straight sheetmetal covered by a subtle coat of bright orange paint that almost seems at odds with the truck's heavy-duty underpinnings. It does look good, though, and while you'll be proud to show it off at the local cruise night, you won't think twice about putting it in 4-wheel-drive and heading into the bush, either. Obviously someone else had that in mind when they put this IH together, because there's a massive bumper up front with enough pull to get you out of almost any trouble, spray-on bedliner material on the rocker panels for protection, and the 4-point roll cage up top.

The interior is typical off-roader fare, but that's the International's advantage. Clean black seat covers are recent and instead of carpet, the floors have been covered with more spray-on bedliner so you can just hose it out at the end of a day playing in the dirt. The gauges are utility-vehicle simple, set into the dash as simply as possible. Metal door panels continue the no-nonsense theme and it's waiting for a replacement radio of your choice. There is no back seat, but that means there's a huge amount of cargo space back there, plus an auxiliary gas tank for going really deep into the brush. And for shelter, there's a removable hardtop, although this thing is so much fun in the open air, you'll probably never use it.

A 304 cubic inch V8 powers the SUV, and generates plenty of torque so it never feels like it's working hard. Upgraded with a fresh Edelbrock carburetor and 4-barrel carburetor, it runs like it should with a great V8 rumble from the aftermarket dual exhaust system. Freshly detailed with more orange paint on the block and plenty of chrome, the engine bay looks like someone invested plenty of time and effort there. Freshly tuned, it runs great and thanks to the new 5-speed manual gearbox, it's a ton of fun to drive, even on the highway. There's also a fresh-looking 2-speed transfer case that supervises the 4-wheel-drive system and the chassis itself is extremely clean. The suspension offers a mild lift that gives it the perfect attitude, and the 31x10.5R15 off-road radials are big enough for fun but are civil enough for highway use.

An unusual, fun off-roader that most folks will appreciate for its many virtues. If you like going off the beaten path (literally and figuratively), then this is the truck for you. Call today! 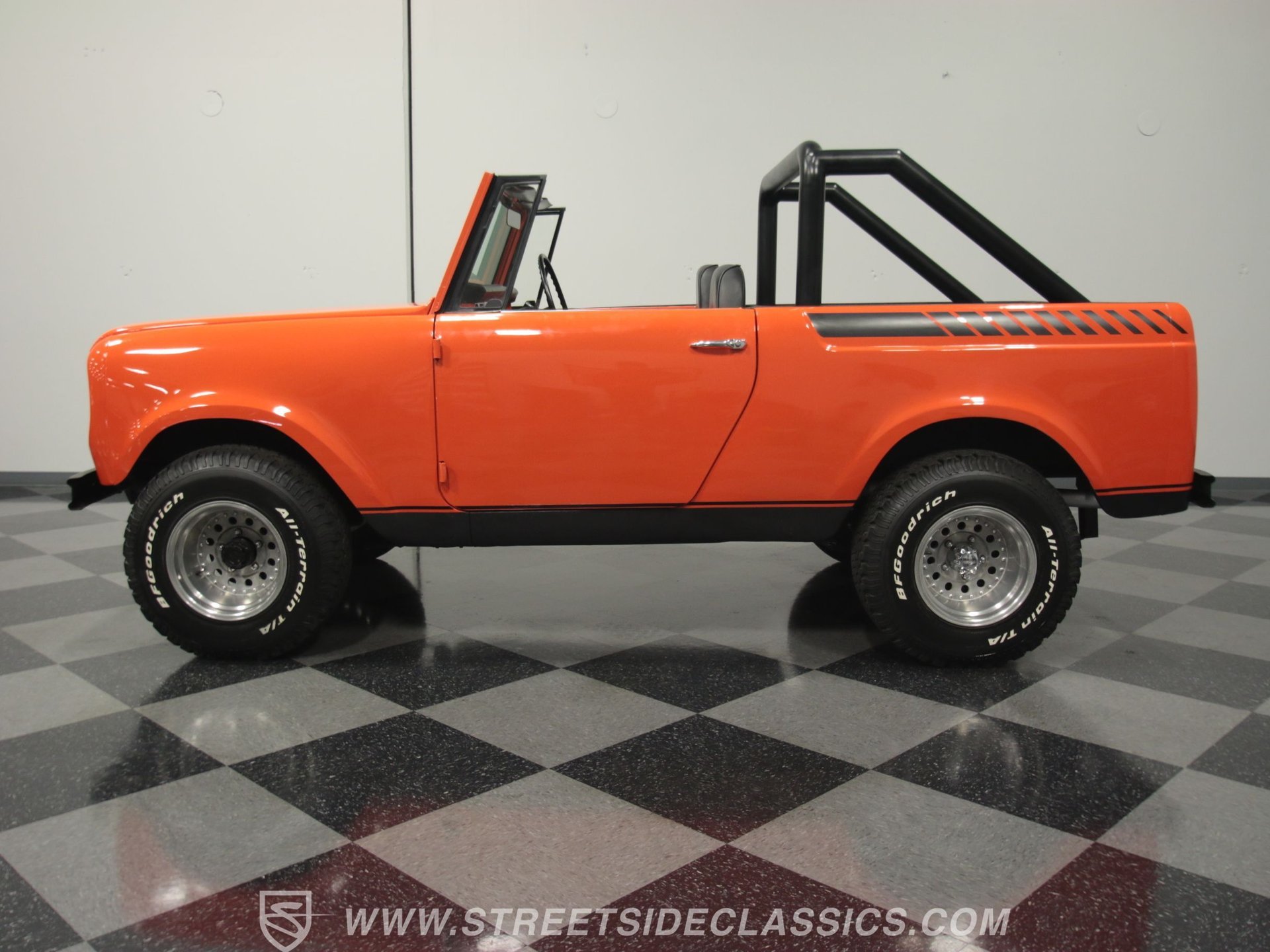