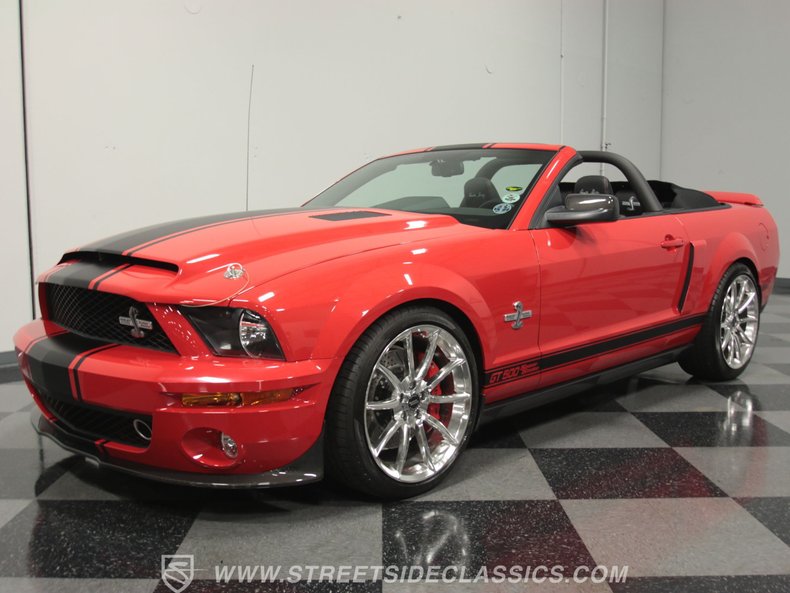 When you buy a car with the name SHELBY on the nose, you know that it's a take-no-prisoners proposition. From the most valuable Daytona Coupes to this stunning 2007 GT500 Super Snake, Ol' Shel was a master of making insane amounts of horsepower. In fact, this particular Shelby went back for the Super Snake upgrade, putting approximately 605 horsepower under its outrageously expensive carbon fiber hood. Rare? You better believe it. Fast? Well, what do you think?

Thanks to meticulous care this 1217-original-mile car is virtually new in every way, from the carbon-fiber splitter to the sequential taillights. Only 2695 GT500 convertibles were built in 2007, so this was a relatively rare car before anyone started spending money, but then this slick Torch Red ragtop went back to the factory for the full Super Snake makeover. Crouching in our photo studio, it looks packed with horsepower, as if every square inch of space under the sheetmetal was dedicated to making more power. The beautiful factory paint offers optional stripes, blacked-out rocker panels, and vented hood inserts that help keep the over-boosted V8 cool. It's obviously never been raced or taken to the track, with every square inch showing the ministrations of someone who cared about not only looking good, but about maintaining this car for future generations. There's no scuffing on the chin, no chips on the rockers from errant pebbles, and the shine is so nice that it's hard to believe that's factory Ford paint.

Lots of upgrades inside, too, thanks to a 40th anniversary package and $3000 worth of Carroll Shelby upgrades. Those supportive black and red buckets with Shelby cobra logos embossed in their backrests are as comfortable as they look. All the factory Ford gauges and dash controls are in place, but why mess with a good thing? Shelby added a set of gauges up top, housed in a gauge pod that looks OEM and carries Auto Meter boost, oil pressure, and fuel pressure gauges, critical for monitoring the expensive chunk of horsepower up front. A special Shelby short-throw shifter replaces the stock linkage, and the package included special embroidered floor mats and a dash plaque with Carroll's signature on it (there are also about a dozen other signatures in there; try to find them all!). A black power top looks as good up as it does down and seems to have no effect on either performance or structural rigidity, thanks to a support bar behind the seats. The trunk also carries its own special Super Snake mat.

The Super Snake package boosts the already potent GT500 to an astounding 605 horsepower, and it feels like it from behind the wheel. Stab the throttle at any speed and things start to happen in a big hurry and you'd better make sure this sucker is aimed where you want it to go when those tires hook up. More boost, bigger cams, ported heads, and a host of traditional hot-rodding tricks are responsible for the performance, but the shocking thing is that it still starts instantly, idles smoothly, and is happy to slog through rush-hour traffic with the A/C blowing. The 6-speed gearbox snaps through the gears, there are 3.73 gears out back, and the fortified suspension is up to the task of putting the power to best use both on the street and on the track. Massive brakes with vented and cross-drilled rotors live behind polished 20-inch wheels with and 235/35/20 front and 275/35/20 rear ultra-performance tires.

Fully documented with all the important stuff, this immaculate and seriously potent GT500 is a great investment, but you'll probably have a hard time staying out of the driver's seat. Call today! 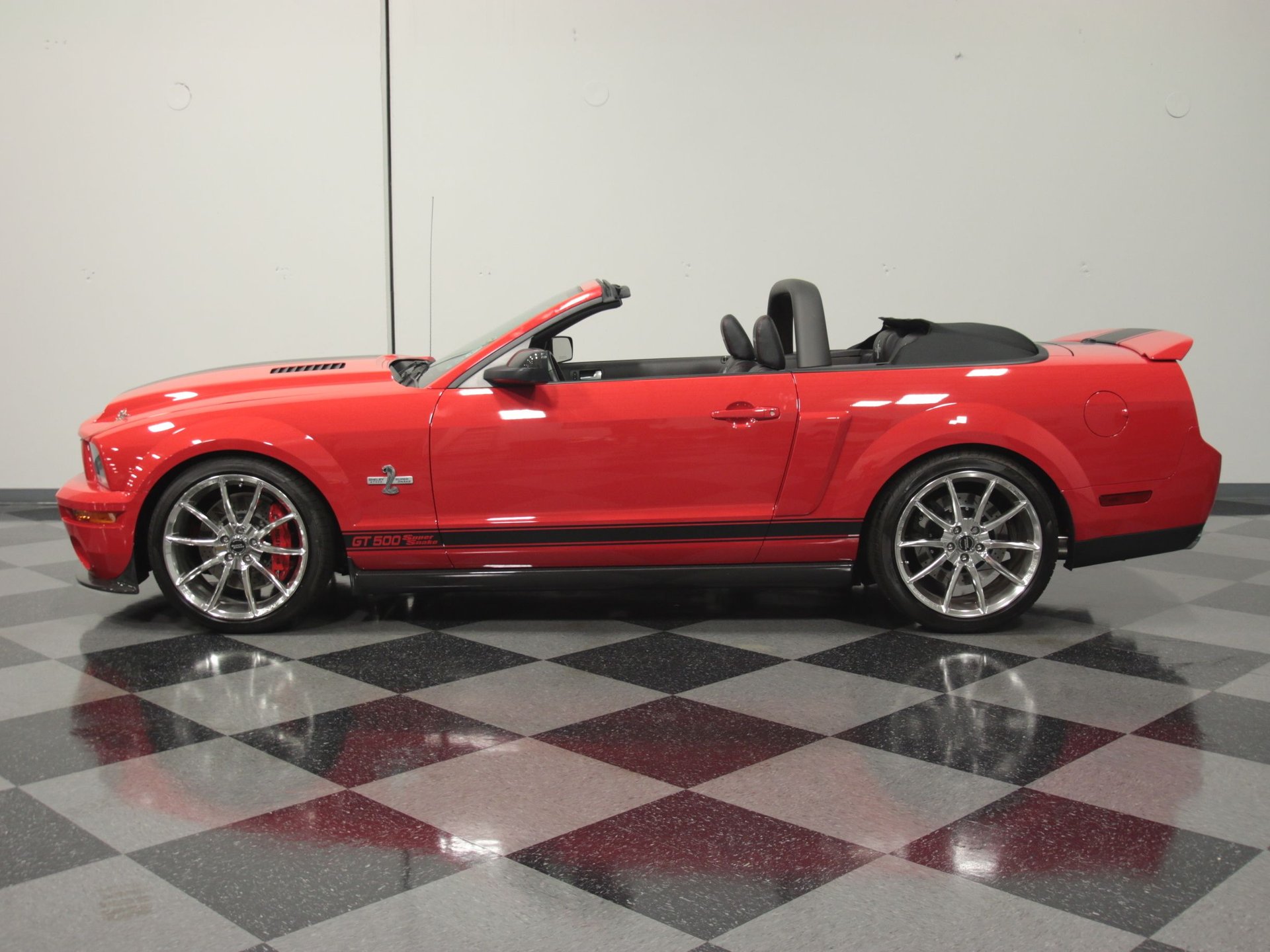