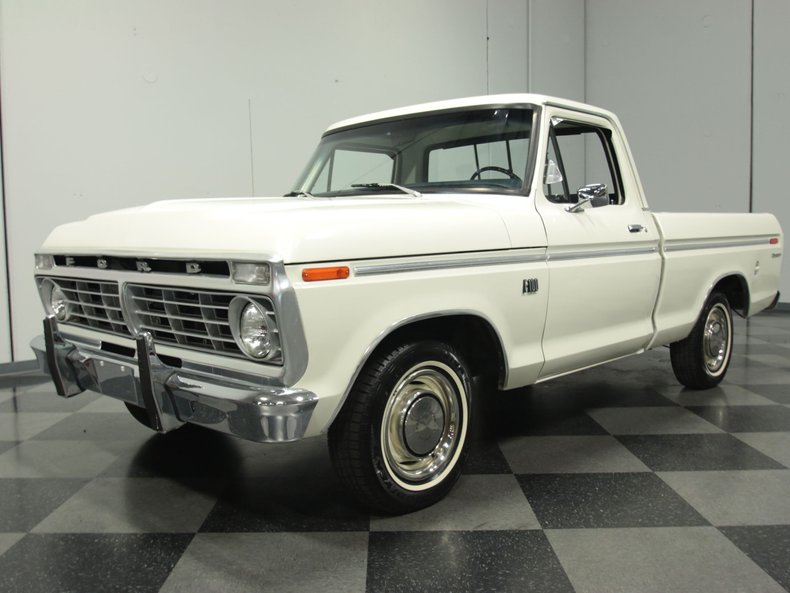 It's hard to say that any example of the best-selling vehicle for decades is a rare beast, but when was the last time you saw a 1973 Ford F-100 pickup that was this clean? The white-on-blue color combination sure doesn't hurt and a torquey 302 under the hood means this is a recently restored sleeper truck from an era before we even knew such things existed.

Hard to go wrong with the basics and this white truck has that simple, no-nonsense look that always looks great. The paint is fresh, with a soft shine that looks right on the old hauler and in white so you don't have to worry so much about dust and dirt at car shows. This was obviously never a work truck, and hailing from the south its entire life, it was never a rust bucket that had to be patched back together. Good gaps and straight sheetmetal impress, and there are no dings in the stainless side trim, both front and rear bumpers are new, and even the grille was replaced so it looks like new as well. Better still, you can still put it to work with a spray-in bedliner that isn't hiding any nasty surprises underneath.

Blue works extremely well inside, with a simple pleated pattern on the front seat that gives it a no-nonsense look that's also quite tasteful. The wide bench can carry three abreast, and the rest of the interior was redone when the truck was restored. Matching blue door panels have a detailed and elegant look, particularly for a truck, and the carpets and dash pad are brand new. The instrument panel echoes other Ford designs of the period with square gauges, but visibility is good and you get more than just the basics, including auxiliary water, temp, and oil gauges neatly installed under the dash, and a tach strapped to the steering column. The original AM/FM radio is still in the middle of the dash where it's supposed to be and it works! There's also a sliding rear window that makes a big difference in cruising comfort on warm days.

No matter what you're driving, 302 cubic inches are going to be entertaining. This F-100's 5.0 has been fully rebuilt with a few upgrades like an Edelbrock 4-barrel carburetor, Edelbrock Performer Cam, Edelbrock aluminum intake, Hooker headers, and an MSD ignition system. Finished about 5000 miles ago, it's sneaky fast and runs strong making that fat low-end torque for which the 302 was famous. It's very tidy under the hood with a few Edelbrock dress-up parts to contrast against the white paint and Ford Blue engine, and the hoses have been covered in stainless steel braid. The C4 3-speed automatic transmission was rebuilt at the same time with a shift kit added to handle the horsepower, and it spins a 9-inch rear with 3.70 gears inside. Both engine and transmission coolers were added to the build, so you can take those long road trips with supreme confidence, knowing this truck will stay cool and track true. The chassis shows off four decades of clean living, with a light dusting of undercoating just to keep things looking tidy and a Magnaflow dual exhaust has been added to give the 302 a suitable muscle car voice. Fresh 215/75/15 whitewall radials were wrapped around period Ford steel wheels and hubcaps.

This is a low ownership, southern truck that was very well built into a sleeper F-100 that is both dependable, and loads of fun. At this price, it won't last long. Call today! 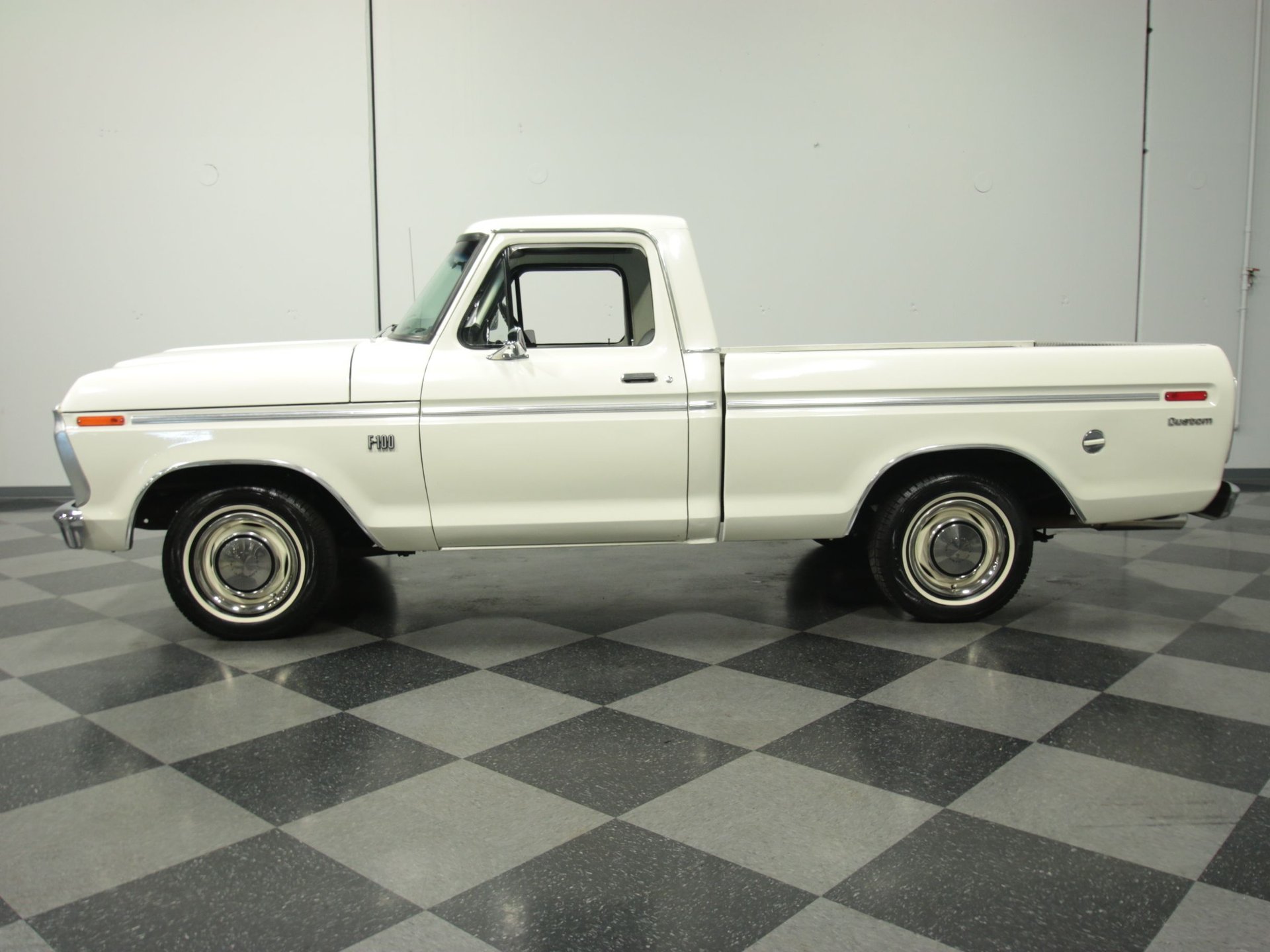