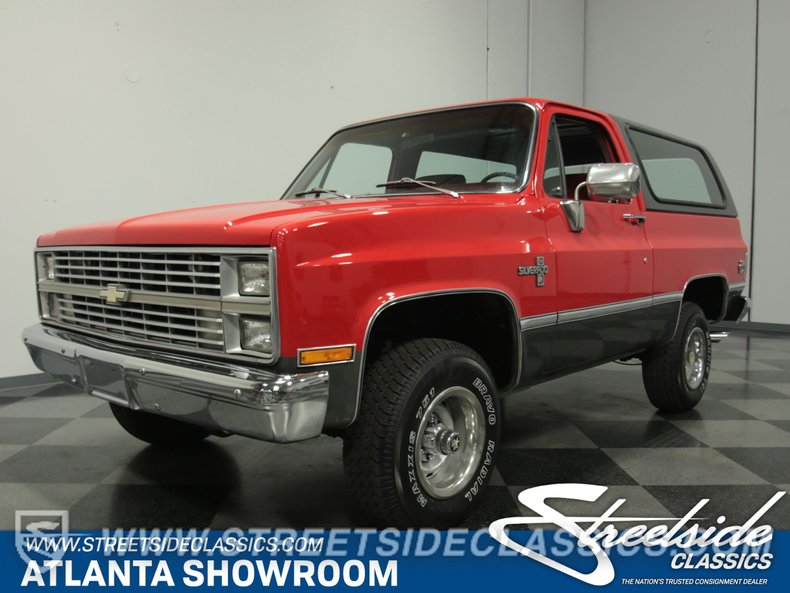 With today's focus on "crossovers" and "mini-utes," it's easy to forget what a real man's 4x4 should look like. This 1983 Chevrolet K5 Blazer, with all its square-jawed ruggedness, remains a first-class ride both on pavement and off.

Hard to believe this was the small 4x4 back in the '80s, but if you wanted a truck that could pretty much do it all, the Blazer was your best choice. It's also quite remarkable that someone gave this incredible red and gray Blazer a comprehensive makeover, equipped it to go into the most remote areas imaginable, then made it beautiful. The paint is pretty nice with a contemporary red and gray color combination that works well on the big SUV, and a professional cut and buff would make it really sparkle. It's highly unlikely that this truck was one of those rusty beaters you see all the time, because with sheetmetal this straight it had to be good or else someone spent five times the asking price to make it so. Whatever the story is, this sucker looks pretty darned good in the flesh and carries an air of sophistication that belies its working-class origins. All the bright trim was replaced after the paint was dry, the bumpers are brand new, and all the weather seals were replaced so it seals up tight. You want a nice one, well they don't come much nicer than this.

The handsome red cloth interior is nicely preserved and almost completely original. There's some wear on the carpets, as you'd expect, but the seats, door panels, and dash pad are shockingly nice. The original gauges are in the dash, because this truck hasn't been extensively altered from original spec inside, and it's loaded with options, including A/C, power windows and locks, a tilt wheel, a center console, and even cruise control make this Blazer as much luxury vehicle as trail-blazer and if you really want to attract attention, try making this your daily driver! There's plenty of room in the back seat despite the two-door configuration, and if you want to run alfresco, the hardtop still unbolts and is easily removed by two people. In the cargo area there are matching red carpets and a full-sized spare tire that doesn't seem to take up much space when you have so much to spare.

There's still a small block Chevy under the hood, but this one is a GM crate motor that's dressed in the original induction system so it works like the original. As many OEM parts as possible were retained, including the accessory drive, although the chrome air cleaner dresses things up a bit. A brand new dual exhaust system fits well and sounds amazing with the burly small block exhaling through it, and gives the Blazer a voice that matches its stature. There's a 700R4 4-speed automatic overdrive transmission driving both driveshafts to the original axles, with the front axle wearing the original automatic locking hubs, so going into 4-wheel-drive on the fly is easy. The suspension is pretty much stock, so it sits right and actually rides quite comfortably on the street and on the trail. Factory Rally-style wheels are the only way to fill those wheel wells and they wear big 30x9.50R15 white letter radials.

Probably way too nice to bash around in the dirt, this Blazer is still ready, willing, and able. Are you up to it? Call today! 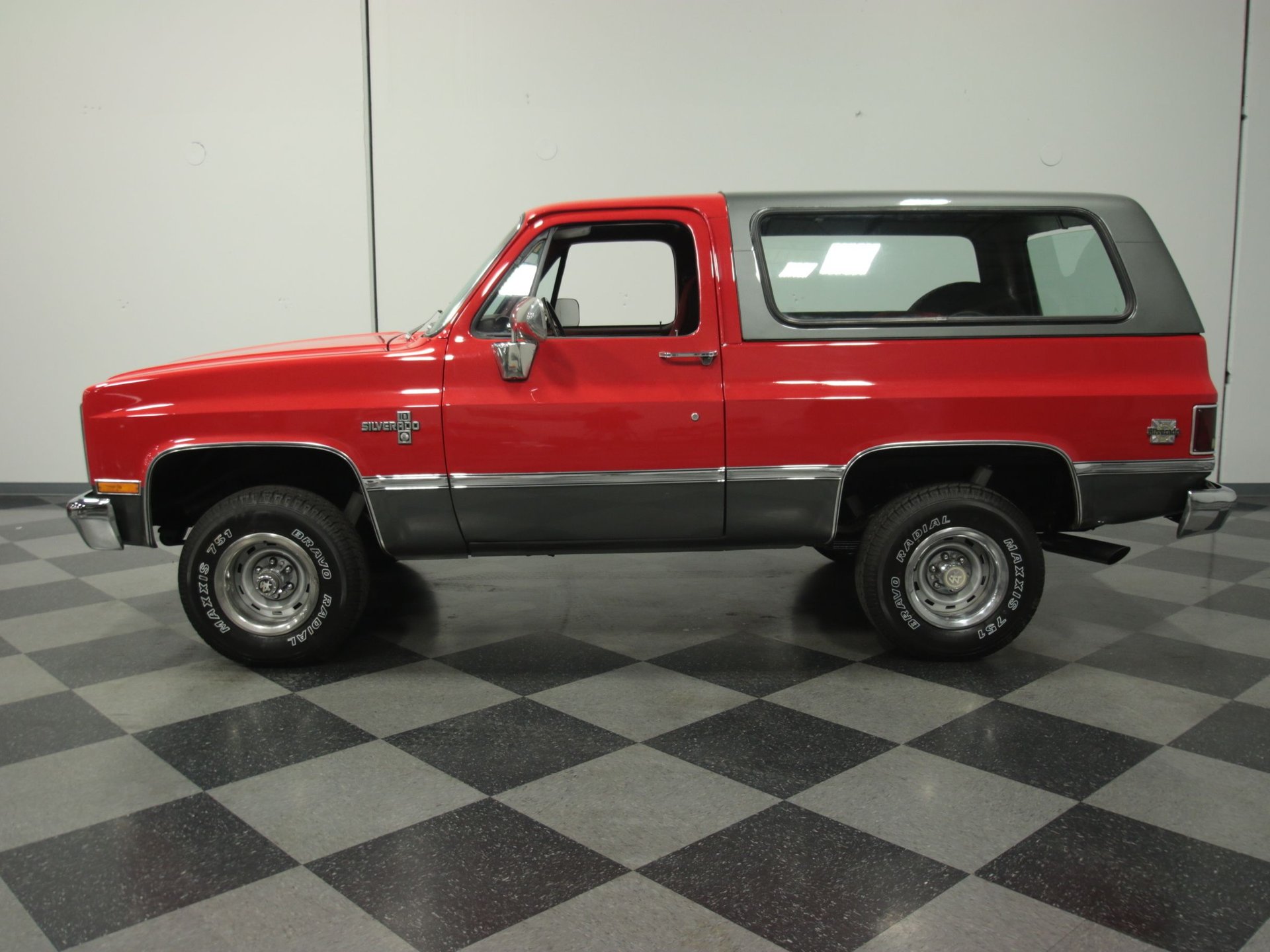