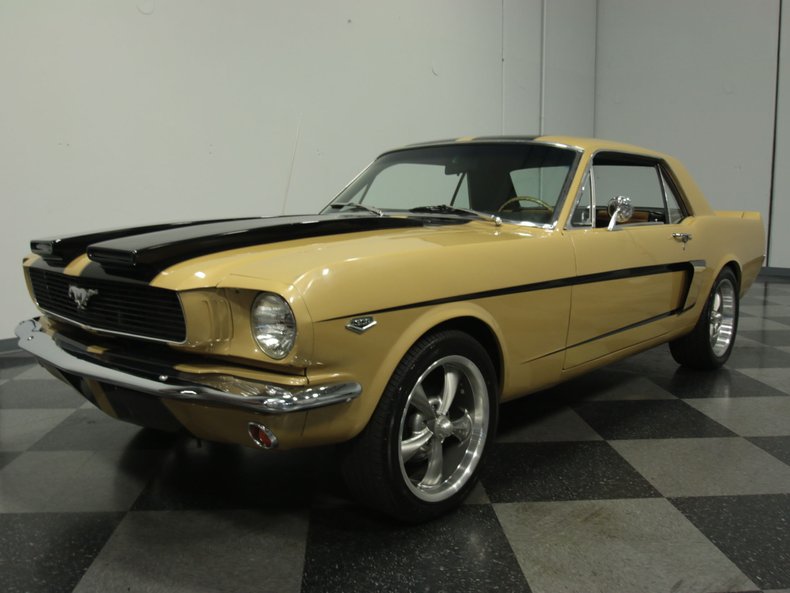 No reason that all Mustangs have to be stock, right? This neatly modified 1965 Ford Mustang coupe still has all the things we love about Ford's pony car, including V8 power, but adds an aggressive look that makes it stand out in a crowd. The story says that it was built by a New Orleans Saints fan, and that's believable, but the result is a car that works on its own no matter which team you love.

A little bit of Shelby, a little bit Mustang GT, and even a little bit Olds 442 with the hood scoops, this cool Mustang definitely looks the part of an aggressive street brawler. Nothing you see is a simple off-the-shelf mod, it's all custom work that was done to enhance the conservative looks of the Mustang coupe without altering the clean lines and classic shape. And in that regard, it's a big success. You probably notice the stripes first, a pair of Shelby-style black stripes running the length of the car. They're joined by a C-scoop stripe on the flanks that is reminiscent of a 1968 Mustang GT, and they're all painted on, not decals. The hood scoops upfront are an aggressive touch that really makes this coupe look nasty, and combined with the molded-in quarter panel scoops and trunk spoiler, the car is definitely intimidating. The work was done perhaps ten years ago, so there's some use and age on it, but after the wows that everyone gives this car, they'll never notice. Chrome bumpers, a custom flush-mounted grille, and bright stainless trim are all details that remind us a 1965 Mustang is still one of the best-looking pony cars ever built.

The interior sticks to the Mustang formula with buckets up front and a bench in back. Even the upholstery is very similar to the original, but now using gold cloth inserts instead of the original vinyl, which makes them better suited to aggressive driving. The dash was color matched to the bodywork as were the doors, but with black carpets it never feels overwhelming. The factory steering wheel and gauges are your primary interface, although there are white-faced auxiliary dials tucked under the dash. There's also a neatly trimmed trunk that's a lot more luxurious than your average Mustang, suggesting someone spent some time and money getting it finished.

The original C-code 289 is gone, replaced by a great-running 302, which is a direct bolt-in for an early Mustang like this. There's a mild cam inside so it has a great snarl, and with a big Edelbrock 4-barrel carburetor up top, throttle response is instantaneous. Other upgrades include an aluminum intake manifold, shiny chrome valve covers, and a bit aluminum radiator up front to keep it cool on the hottest days. Ford Blue paint looks right in the satin black engine bay and it still uses stock exhaust manifolds to help control noise and heat. The C4 3-speed automatic transmission shifts crisply and the original 8-inch rear end hangs out back with highway-friendly gears inside. Dual exhaust with special Trans-Am style tips, air shocks, and those handsome 17-inch Ridler wheels round out the list of mods that make this car look right.

If you like the look, this car will make you very happy. It runs great, has plenty of power, and handles better than most early Mustangs. More proof that a modified Mustang can always be the center of attention. Call today! 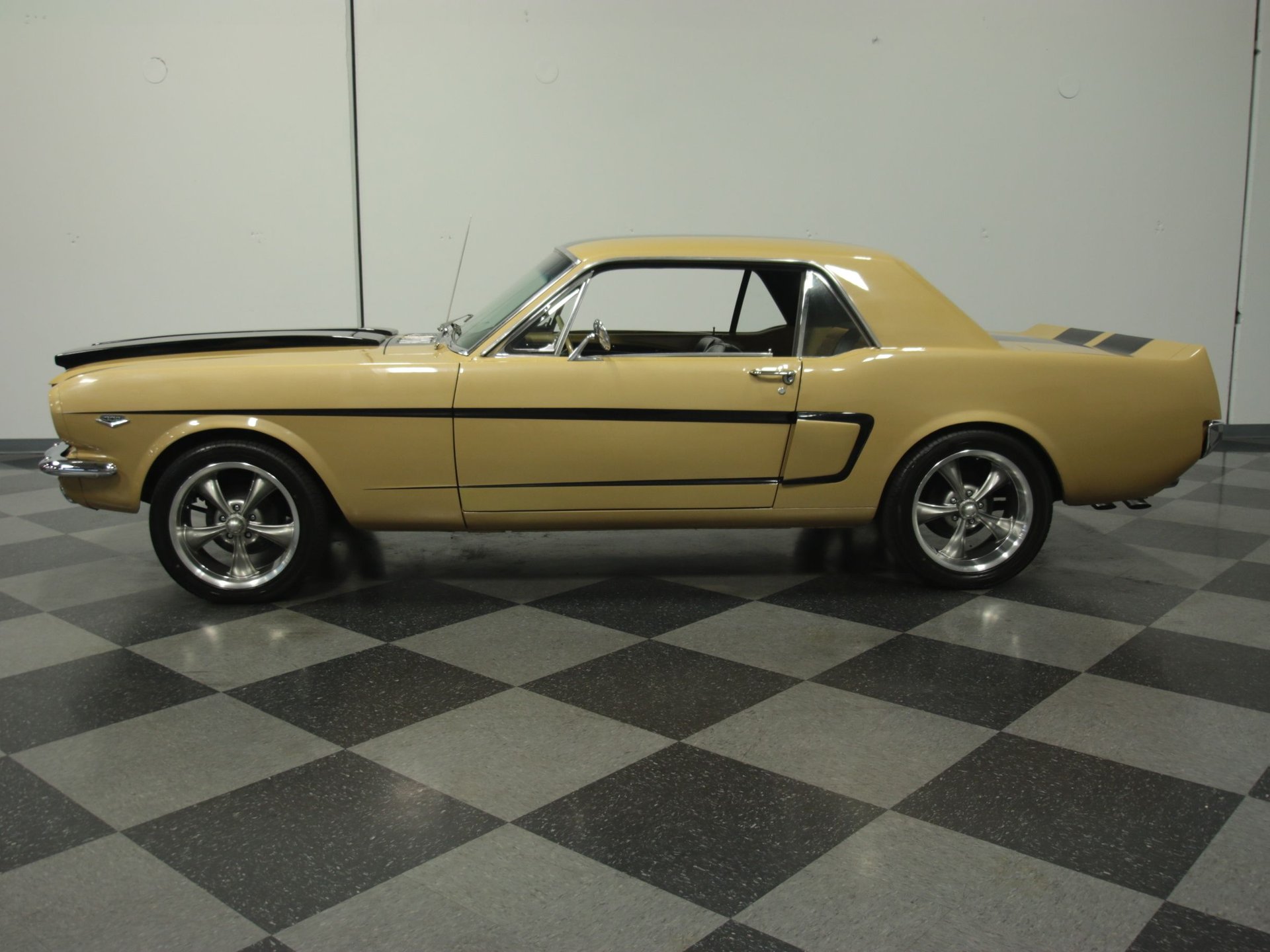