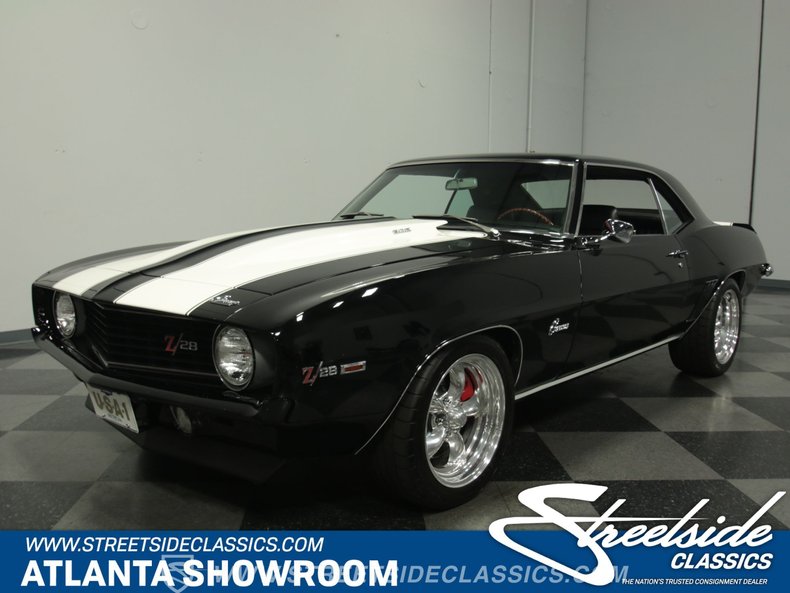 The right car comes along only very rarely, and in a sea of clones, tributes, and outright forgeries, serious collectors know when to make a move on a car they've been searching for. For those of you looking for a high-grade F-body, THIS 1969 Camaro Z/28 is the right car. Numbers-matching, low ownership, fully restored, and in an awesome color combination, the value of this car is only going up from here. Don't miss another opportunity, because cars like this are incredibly rare.

Who doesn't love basic black? Although it was originally Daytona Yellow (not a bad choice, either), during the restoration this car was treated to one of the finest black paint jobs we've ever seen. Although it was done in the late 1990s, it has been wonderfully well maintained and still looks fantastic. I like to think of the Z/28 as a precision instrument, like a scalpel to carve corners (and the competition), and the nasty black paint plays up the contrast between the Z's image and its performance. And as an investment-grade car, no expense was spared to bring it up to show-worthy condition when it was restored, which means arrow-straight panel work, great panel gaps, and a wonderful shine that's the result of hours and hours of tedious hand labor. Cars just don't look this good by accident. It also sports all the correct Z/28 gear, including a cowl induction hood, front and rear spoilers, and, of course, the white stripes that practically define the first-generation Camaro. Add the right badges and you have a car that's sure to win on the street and the show field.

One of this Z's better features is the matching black interior. Where a lot of guys go for bright white in their black cars, this one sticks to the factory-specified setup and is that much better for it. Everything was new when the restoration was completed, with correct deluxe seat covers and headrests that are a nice change from the usual low-grade vinyl stuff you see. Correct carpets, new door panels, and a center console make this one of the better-looking interiors we've seen in a stock Camaro in months. Wood appliques actually match the woodgrained steering wheel pretty well and warm up the interior a bit, and with auxiliary gauges on the center console, this Z is fully dressed. Other features include the 4-speed Hurst shifter with cue ball knob, a tilt steering column, and a modern AM/FM/cassette radio in the dash. Detailing is very nicely done and even the trunk carries a fresh mat that fits better than most.

The engine is why the Z/28 is so special. Yes, the original, numbers-matching DZ-code 302 is still in place, fully rebuilt 1000 miles ago and detailed for show, and that's what makes this car such a great opportunity. For those of you who have driven a Z, you already know what a party it is on the road, and if you haven't, prepared to be surprised by its torque, not to mention its rev range. All the right components are in place, including the finned valve covers that were unique to this model, all living atop a Chevy Orange block. Long-tube headers feed a Flowmaster exhaust system, so this sucker sounds spectacular at full bore, and 4-wheel discs have been added, a smart idea on a car with this much performance on tap. Polished Torque Thrusts aren't correct, but they look so right that nobody's going to complain, and they're carrying big 245/45/17 front and 275/40/17 rear performance radials.

Highly detailed and a thrill to own and drive, this might be your last chance to get a matching-numbers Z/28 for under six figures. Don't say we didn't warn you. Call today! 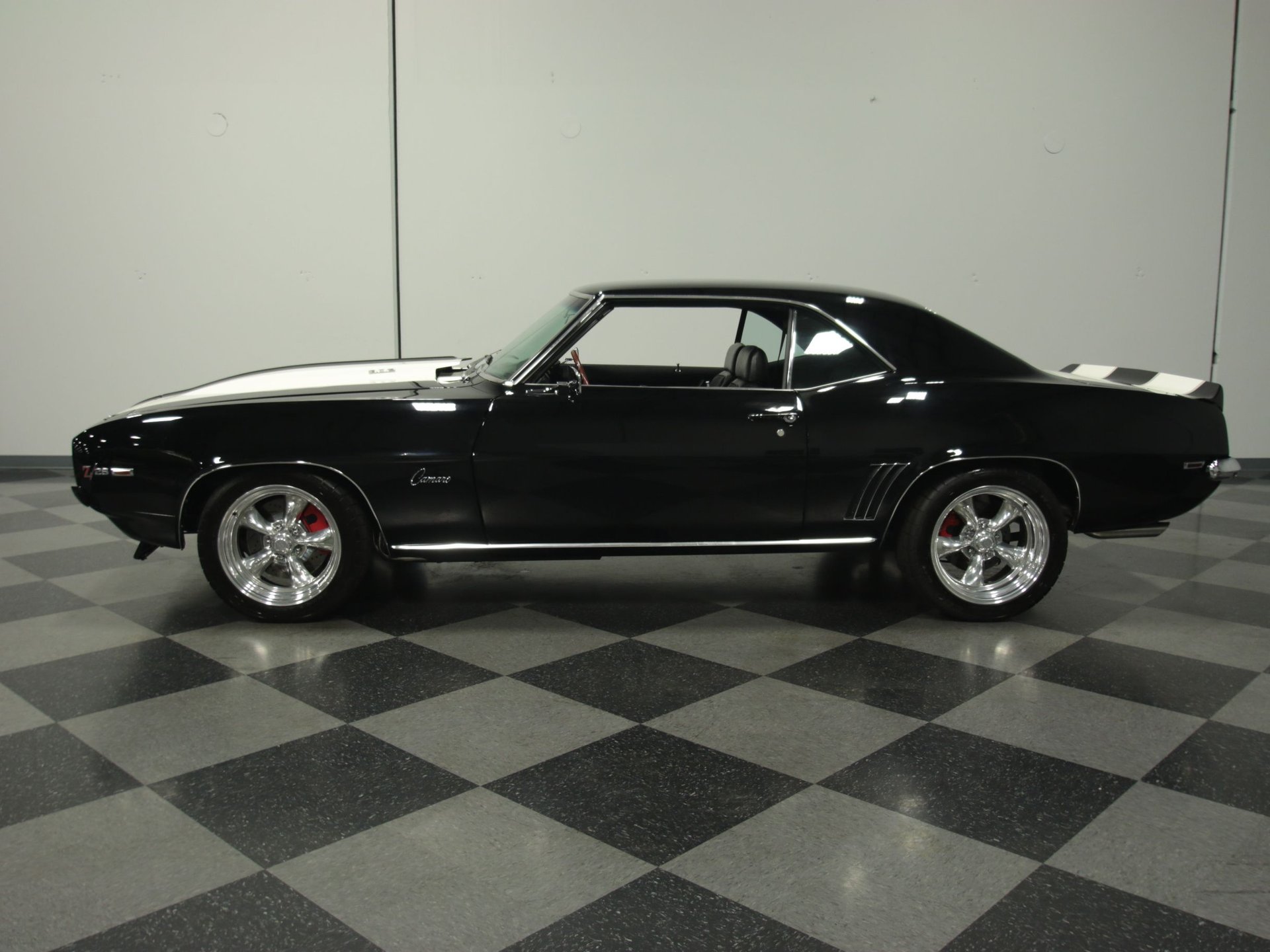