×
back
1979 Pontiac Firebird Trans Am 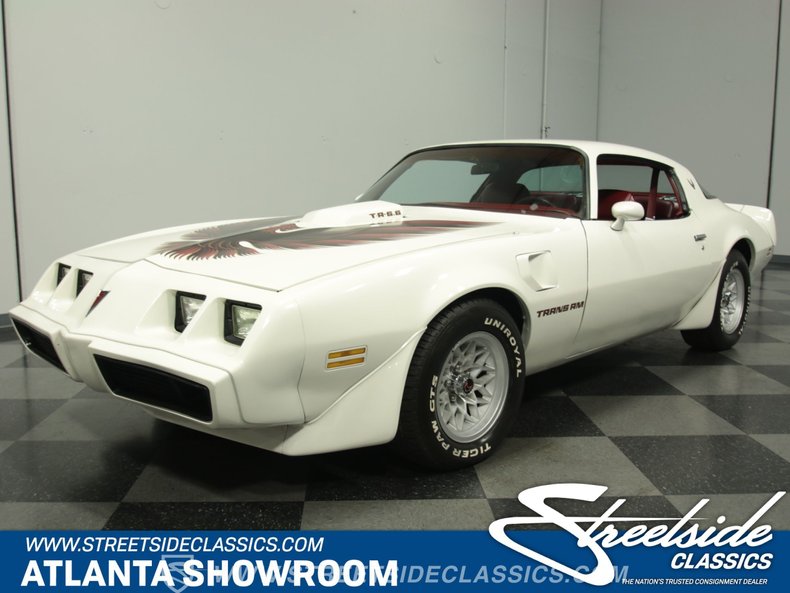 The case can be made that the 79-81 Trans Ams like this 1979 Pontiac Firebird Trans Am were the coolest versions of Pontiac's pony car. The sleek lines of the second-generation body had matured, a new aerodynamic beak was up front, and all of the proper spoilers, wings and graphics were in place. Deep dish "snowflake" wheels filled the wells perfectly, and shaker hoods were still the norm. If only they had the horsepower to live up to the image... oh, wait a minute, this one does! In addition to the Trans Am look, it's got big power in the form of a built 428 cubic inch Poncho V8 living under the hood, making this a wolf, in, er, wolf's clothing.

No one's going to accuse the Norwood plant of employing a bunch of Rembrandts, but this car looks much better than most. The White paint is even and in great shape, and that's in line with the rest of the car, which is eye-catching but not over-done. The gray and red graphics are cool to see, and they make this car look like a "baby" 10th anniversary car, offering a unique look that'll stand out among the many black "Bandit" cars running around. The new for 1979 spoilers and bumpers look great on this car, giving it a real racer look, longer, lower, and leaner than ever before. It's showing some signs of age and use, of course, but it's in the ideal condition to enjoy the deep reserves of horsepower under the hood. From any angle, this is a tough looking car that presents itself very, very well.

Those are the original, excellent condition red buckets you're sitting on. That Formula wheel feels great in your hands, and you'll thank yourself every time you drive the car that you bought one with the close ratio four speed transmission. The "engine turned" dash panel is excellent, and the gauges are crisp. There's an awful lot of red in here with little ornamentation...this was a place of business. The word "loaded" gets thrown around a lot, but this car's got almost everything: power windows, a tilt wheel, power steering and brakes, and somewhere along the way it was updated with a Kenwood AM/FM/CD/iPod stereo that sounds great. The trunk is neatly finished, too, including a space-saver spare and black carpets that give it a clean, finished look.

Open the hood and it's still 100% Pontiac, don't worry. The 428 cubic inch V8 shows a 1968 date code and the YY stamping suggests 360 horsepower on tap. It was rebuilt about 15,000 miles ago and augmented with an Edelbrock intake manifold, long-tube headers with a stainless steel exhaust system, and a big 4-barrel carburetor, so every one of those horses show up ready for action. The correct air cleaner looks right sticking through the hood and it's painted Pontiac Turquoise for a factory-ish look. A look at the chassis reveals a robust TH400 3-speed automatic transmission and the stock rear end, neither of which seem to mind the added torque spinning through them. It's tidy and clean, suggesting a car that has lived an easy life, and brand new "snowflake" alloy wheels are the right choice, with these wearing 245/60/15 Uniroyal radials.

If you're looking for a Trans Am that moves as well as it looks, this is the one. Very affordable, it's an icon with the firepower to live up to the legend. Call today! 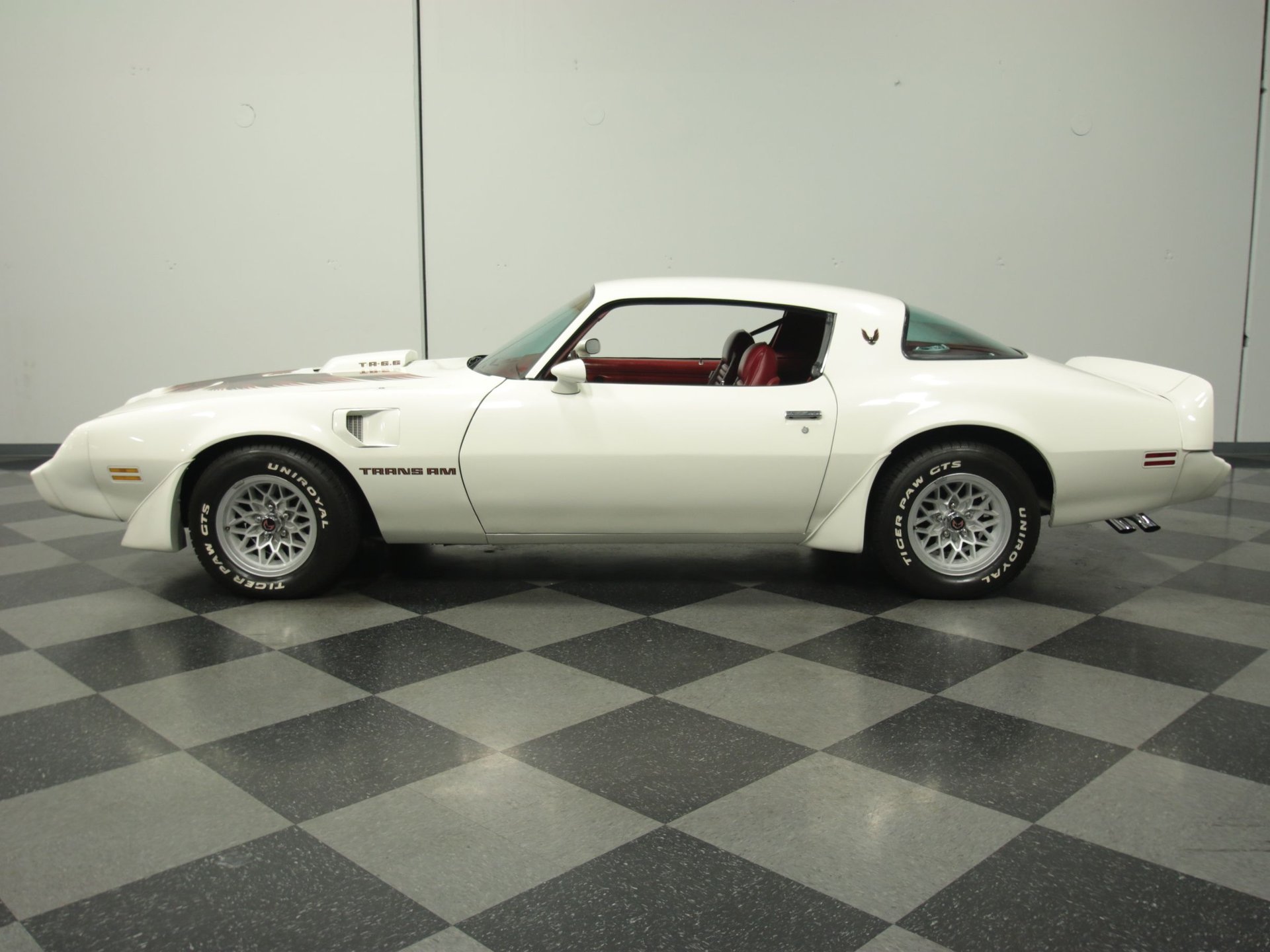