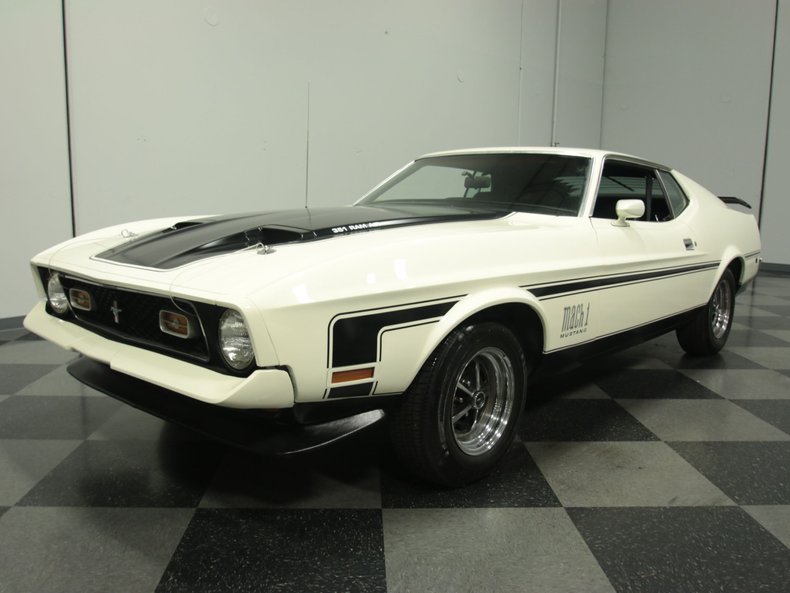 We know there are a lot of you guys out there who love these early '70s pony cars, so when this great-looking 1972 Ford Mustang Mach 1 showed up, we ushered it in and got busy taking some photos. A very recent freshening that includes new paint, interior, and an upgraded 351 Cleveland engine, it's the definitive answer to the guys who say horsepower died in 1971.

Never thought you'd see a white car that you liked this much, did you? Ford wasn't too creative with names in '72, so it's just called "White," but the truth is, with the Mach 1 stripes, blacked-out hood, and assorted spoilers and slats, this one doesn't need a fancy name to get your attention. It was repainted less than a year ago, so it looks great with only a few signs of wear. They were careful not to over-do it, however, because the price needs to stay reasonable and you're going to want to drive it every chance you get. The shine is awesome, the bodywork is very nice, and as I said, the graphics give it a hi-po look that few cars could match in 1972. As a good original car, the panels fit together quite well and the list of performance-look gear is pretty extensive, including the rear window slats, hood scoops, front and rear spoilers, hood pins, and a urethane bumper up front. As a result, it looks incredibly crisp and insanely appealing, the definitive performance look for 1972.

The black interior was also replaced almost entirely. The dash is original, but beyond that, all the soft parts were upgraded to fresh parts. High-back buckets, a console, luxurious-looking door panels, and a taut headliner make it feel new inside and you can't argue with the style, which isn't dated at all. A wood-rimmed Grant GT wheel adds a little contrast to the all-black interior and it frames deeply set gauges that monitor the basics and look to be in original condition. It carries factory A/C (the system is complete but deactivated), and along the way someone has added a modern Kenwood AM/FM/CD stereo system that sounds great when you're cruising, and honestly, do you really need more than a thumping 351 for fun? The folding rear seat makes this Mustang remarkably practical, and the trunk has been finished using spray-in bedliner material for durability and needs nothing more than a repro trunk mat to be totally finished.

In 1972, a 351 cubic inch V8 was the most potent powerplant in the Mustang arsenal, and it's plenty entertaining today. This one was originally a 2-barrel engine but it's been upgraded to make it a bit more entertaining without changing its character. The bulletproof reciprocating assembly didn't need any attention, so they focused on breathing improvements to really wake it up. A slightly bigger Crane Cams camshaft, Edelbrock 4-barrel carb, factory 4-barrel intake manifold, and a Flowmaster exhaust system let the deep-breathing Cleveland do its thing and it's formidable on the street. Ford Blue paint, a shiny air cleaner, and satin black inner fenders provide a great visual treat and there's a big radiator up front to keep it cool. The C4 3-speed automatic shifts smoothly and it powers a stout 9-inch rear end with highway-friendly gears inside. The undercarriage is mostly original, but it's dry and tidy enough that you won't need to worry about it. Magnum 500 wheels always look fantastic and carry 205/75/14 performance radials all around.

This sucker looks amazing, but the way it drives will really win you over. Not many Mustangs looked more potent than this, and it definitely delivers on the promises the awesome bodywork makes. Call today! 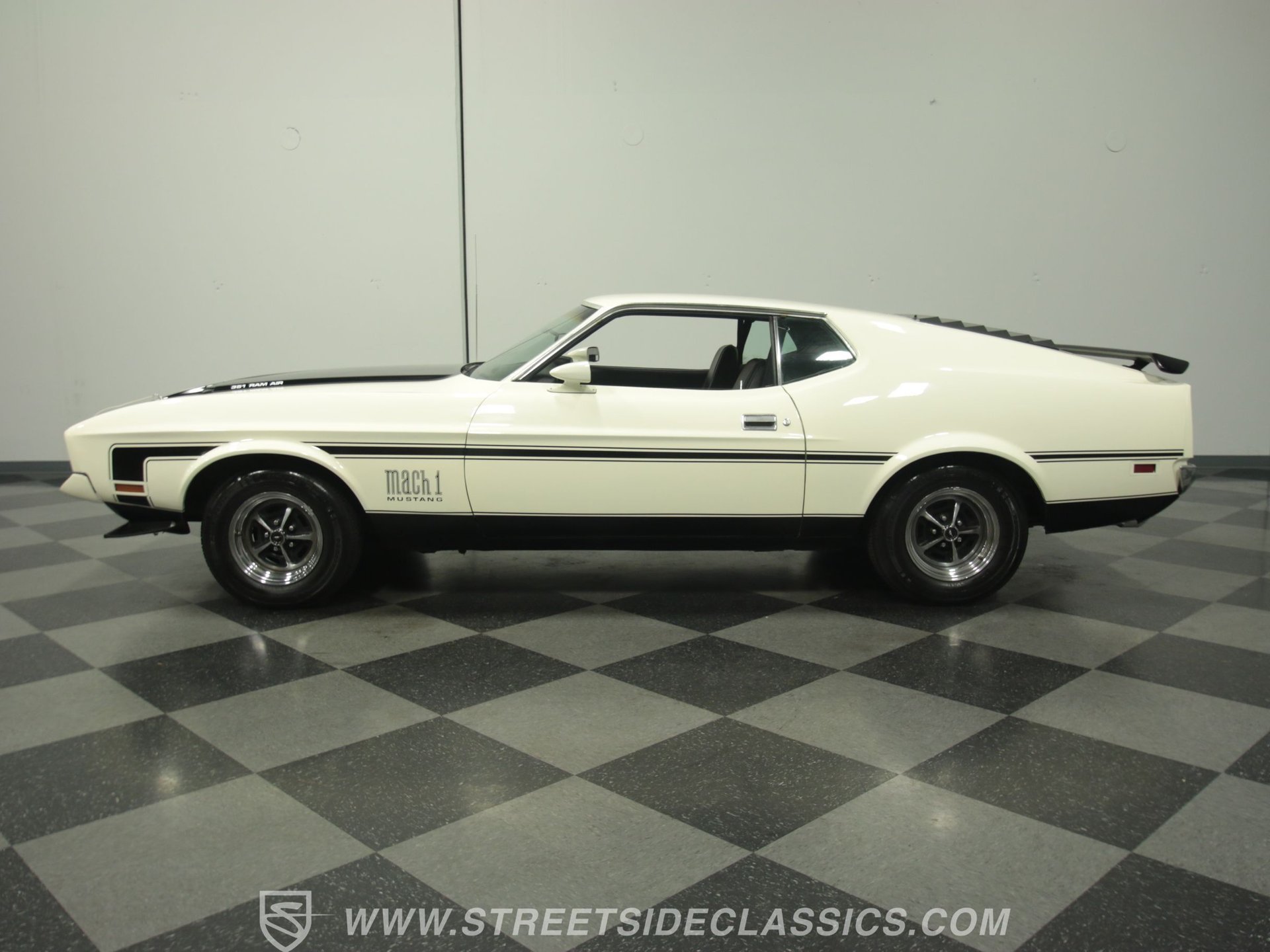