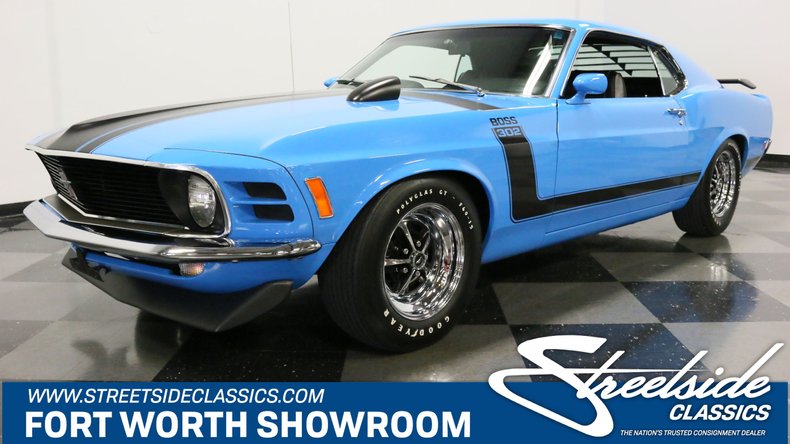 The Boss 302 is a huge part of classic Mustang history but, as improbable as it may seem, the car buying public only had about two years during which to nab one, making this 1970 Ford Mustang Boss 302 especially compelling. It's sporting massive curb appeal, with a high-impact, properly configured exterior you have to see to fully appreciate and comes complete with a Marti report to testify that it's the real thing - no sleight of hand involved here.

Ford created its first generation of Boss 302s with a very specific purpose - to make a definitive statement to its rivals that they not only CREATED what was then the wildly popular "Pony Car" niche, but they also fully intended to set the pace within it. As you can see, this '70 easily shoulders the aesthetic burden such a car had to carry. It's absolutely chock full of curb appeal and decked out in Grabber Blue, a vibrant color that originally was available only on Shelbys before generating such a positive response that Ford wisely chose to offer it as an option on all Mustangs. The paint is in impressively good form here, it's got a great shine from front to back and the signature "hockey stick" stripes starting on the hood before descending down to the sides look razor sharp. The hood-mounted tach will catch your eye right away - it was a coveted option on this special breed of Mustangs - and the black ABS front air dam, as well as the rear spoiler and louvres, are looking their best.

The black vinyl interior has been largely replaced from scratch and features all the vintage magnetism you could want. Neither the high-backed front buckets nor the rear bench seat show much wear at all and they sit over fresh black carpeting, so it's not likely that much traffic has made its way in and out the doors since this Mustang emerged from its restoration. Every interior surface within view really looks sharp, including the door panels and center console as well as the dash area, which still features the original gauges in its cluster that are joined by aftermarket oil pressure and temperature gauges in the center console. The AM/FM/cassette stereo sitting above them has just the right vintage appearance but offers iPod compatibility to increase your audio options. In back, the trunk area is well-detailed, with its floor sporting a colorful Mustang "running horse" emblem.

As far as road-readiness is concerned, this Boss has things covered. Raise the hood and you'll come face to face with one seriously clean engine compartment, at the center of which sits a 302 cubic inch V8 that's ready for action - it's running and sounding great and is nicely dressed with a pair of badged Boss 302 valve covers matched by the air cleaner on top. The engine pairs with a 4-speed manual transmission that puts maximum control in your hands. The 3.50 ratio rear end strikes a nice balance - offering good off the line performance while still reining in excessively high RPMs on the highway. Power disc brakes are at all four corners, so stopping is dependable and fade resistant, while power steering makes this classic easy to drive. Sure to draw a crowd wherever it goes, this upper crust Mustang cruises on a set of 15" stock Mustang wheels outfitted with Goodyear Magnum 500 tires that still show a good amount of tread. 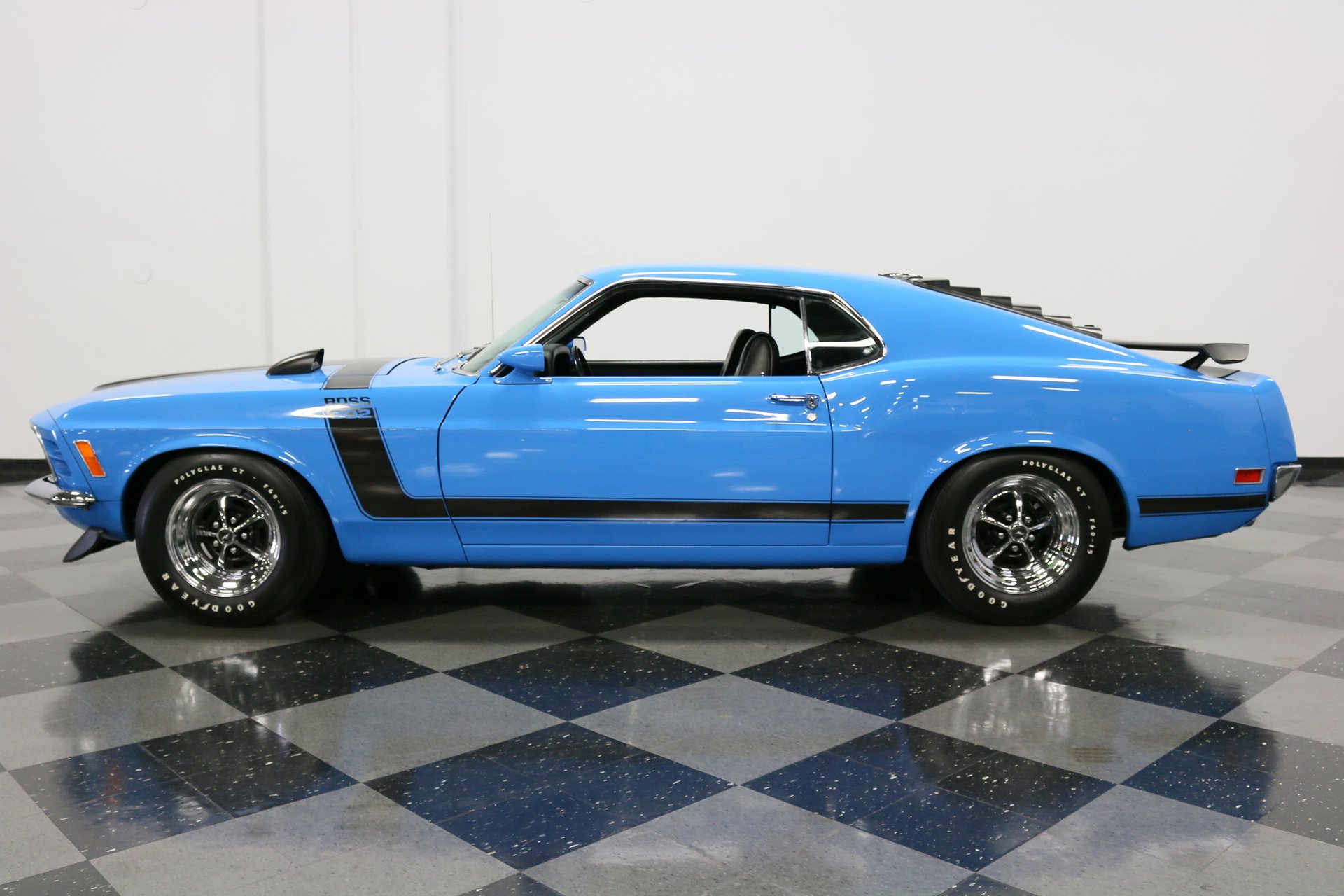