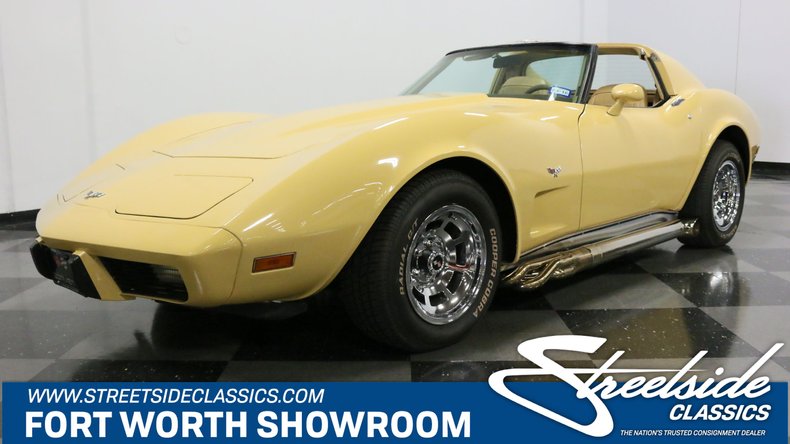 If you are looking for an affordable hobby car, you really should spend some time with the C3 Corvettes. Nothing's more recognizable on the street and cars like this low-mileage 1977 'Vette offer perhaps the biggest bang for the buck in the motoring universe. Great looks, plenty of performance, and luxury that makes it easy to drive every day. This is a fast, fun hobby car that won't clean out your bank account.

The data tag says the code 80 color is called Tan Buckskin which is both rare and timeless and is a look that will never go out of style and gives the Corvette an appealing look without blending in. Nicely finished and well-maintained, this one has obviously led a good life and the repaint has a fantastic shine that looks right on a car that just passed its 40th birthday. 1977 was the last year of those dramatic C-pillar flying buttresses, and with the repaint, they gave the car a very nice all-of-a-piece look that was strangely absent from most of the factory paint jobs where slightly mismatched colors were common. In fact, check out how well the tail piece fits, the great gaps on the doors, and the thoroughness of the paint job. People are drawn to this car without quite knowing why. It's all muscle, but somehow, it looks like a grown-up's Corvette.

It shouldn't be a surprise that the code 642 Buckskin leather interior is in great shape after being fully restored when the car was repainted. With an appealing color combination, the stock leather seats remain inviting and comfortable. The carpets were replaced too, so the interior looks tidy and clean, with original door panels that don't show the usual cracks and fading that inevitably come from time and use, although someone has added some heat-reflective materials on the door sills to protect the interior from those cackling side pipes. Options include A/C (which seems to need a shot of freon), power windows, and a tilt/telescope steering column, making this a 'Vette you can drive anywhere without feeling like you're in an old car. The AM/FM/CD stereo head unit in the dash, along with custom amplifier and speakers, was made for road trips, although when you pull the T-tops off, you won't be worrying about what's on the radio.

The wonder of the small block Chevy means that the wheezing L48 could be yanked and a new GM crate 350 with 300 horsepower could just drop right in. Installed under 4000 miles ago, it'll take an expert to spot the upgrades, but the moment you stand on the throttle, they're obvious. The chrome air cleaner is the biggest tip-off, along with a few chrome dress-up parts and an Edelbrock 4-barrel carb, but nobody's going to complain. The list of work also includes a new water pump and fuel pump, belts and hoses, and a tune-up so it runs great. Obviously the chrome side pipes were added during the build and they look and sound spectacular. A TH350 3-speed automatic transmission always seems to be in the right gear for maximum thrust and the suspension has been freshened with new U-joints, fresh leaf springs, and new bushings to make it ride and handle like new. Chrome alloy wheels look fantastic and are wrapped in new 15-inch performance radials at all four corners.

Go ahead, take a closer look. It's beautifully finished and drives extremely well, and still offers great performance for the price. Call today! 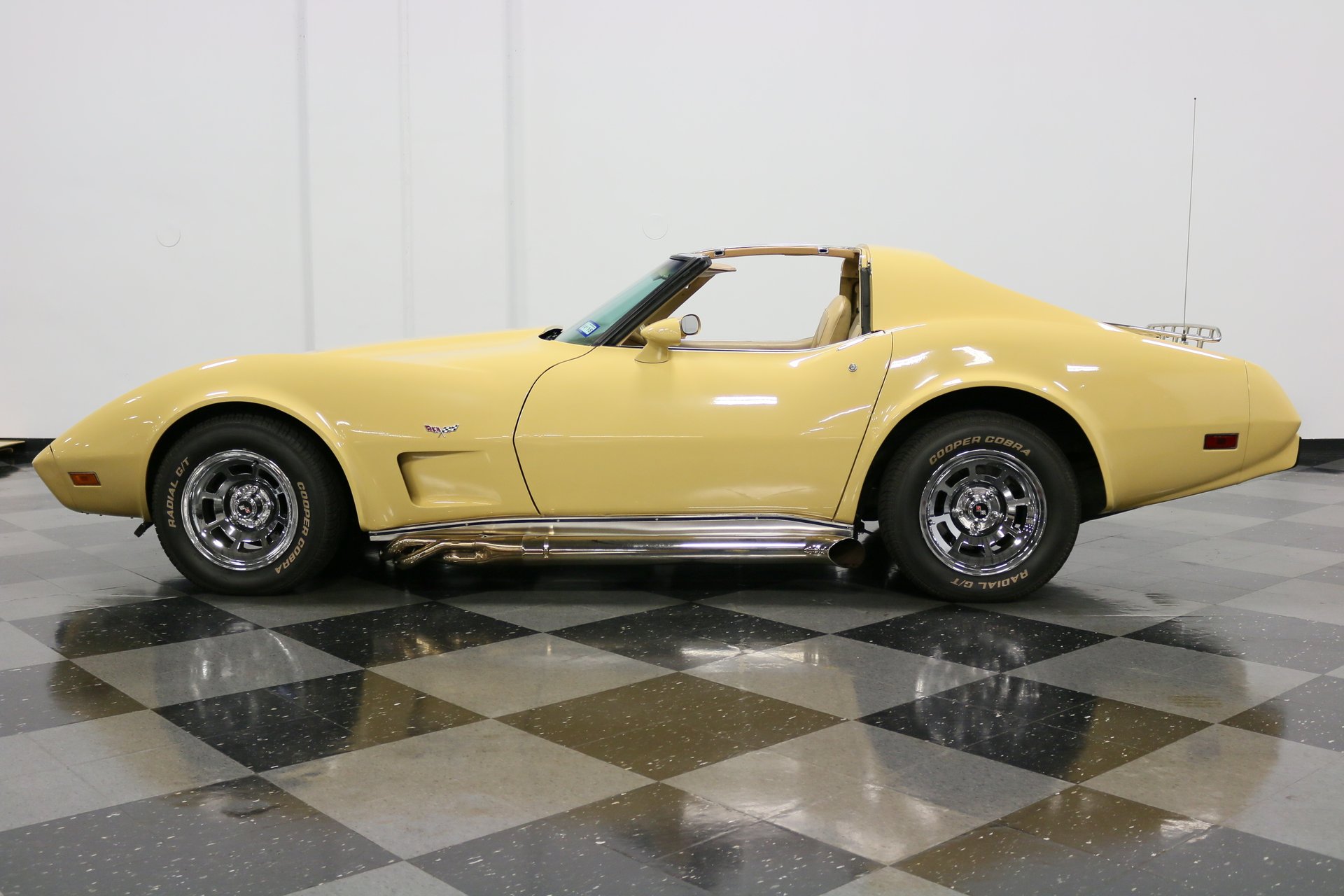