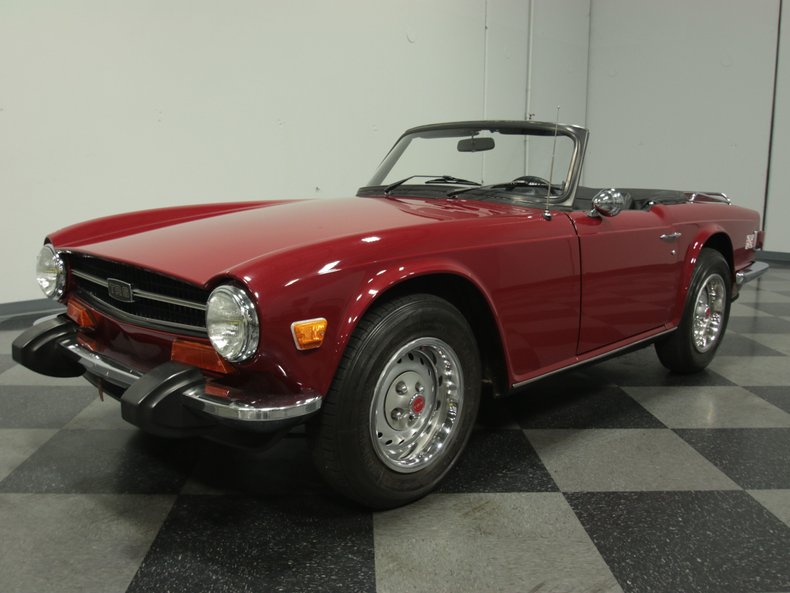 With a burly six-cylinder engine inside a timelessly styled 2-seat roadster body, the Triumph TR6 was one of the last great traditional British roadsters. This particular 1974 example runs every bit as good as it looks, and there's something special about the way the English build cars, which are all about the total experience not just raw numbers in a magazine's spec box.

Although the work was done several years ago and has seen some use, the maroon paint is still deep and lustrous, and the bodywork was well done. An evolution of the TR4/TR5 body, the TR6 still manages to have a unique look all its own, thanks to a redesigned grille and headlights, as well as a squared-off rear end that gave it an aggressive, almost muscle car appearance. It manages to look like a bigger car than it actually is, which is undoubtedly part of the reason for its sales success in the US. Judging from the underside, this car didn't live in a rust-belt city, so the sheetmetal is in better shape than a majority of its peers, particularly after someone spent a ton of time blocking it straight. Sure, there are some signs of use and age, but you can't deny that this isn't a good-looking roadster. The chrome and rubber bumpers are in excellent shape and it still sports a correct satin black tail panel. In short, this is a car you will be proud to drive and it's an absolute blast on the open road.

Inside, there's no mistaking that the British crafted the black vinyl interior. With a real wood dashboard full of original Smiths gauges, it definitely has an Old World feel. The seats have reproduction seat covers that match the originals, and now have a comfortable, inviting look about them. The carpets have been replaced, the door panels are in good order, and everything is just about where you'd expect it to be. There is a modern AM/FM/CD stereo radio, but you probably won't bother with it once you hear the baritone wail of the big six cylinder engine up front. In back, there's even a useful trunk that's just right for a weekend getaway. A brand new folding black convertible top fits better than most British roadsters and a chrome trunk rack gives it a jaunty look that fits it just fine.

Mechanically, it's powered by a relatively large 2.5-liter inline-six, which provides plenty of power for the featherweight car. Torque is impressive, especially down low, and it's obvious that the car was tuned with American enthusiasts in mind. Horsepower is a claimed 125, but in a car that weighs barely 2500 pounds, it feels like a lot more. Thanks to a pair of side-draft carburetors and a dual exhaust system, it makes wonderful roadster sounds, and you'll be downshifting just for the sheer joy of listening to the engine. The engine bay is tidy, but not over-restored, so you won't hesitate to hit the road on the next sunny summer day. A 4-speed manual transmission is the perfect dance partner, and the independent suspension is surprisingly supple on the road, making this a car that will tour long distances and still entertain you on a curving mountain road. Adding to the car's aggressive appearance are original 15-inch wheels wearing 185VR15 blackwall radials that look just right.

There's a reason roadsters like this were so popular for decades. With great performance, wonderful character, and unique looks, this TR6 has all the right ingredients. Finished in a great color combination, this is an inexpensive way to have a lot of fun this summer. Call today! 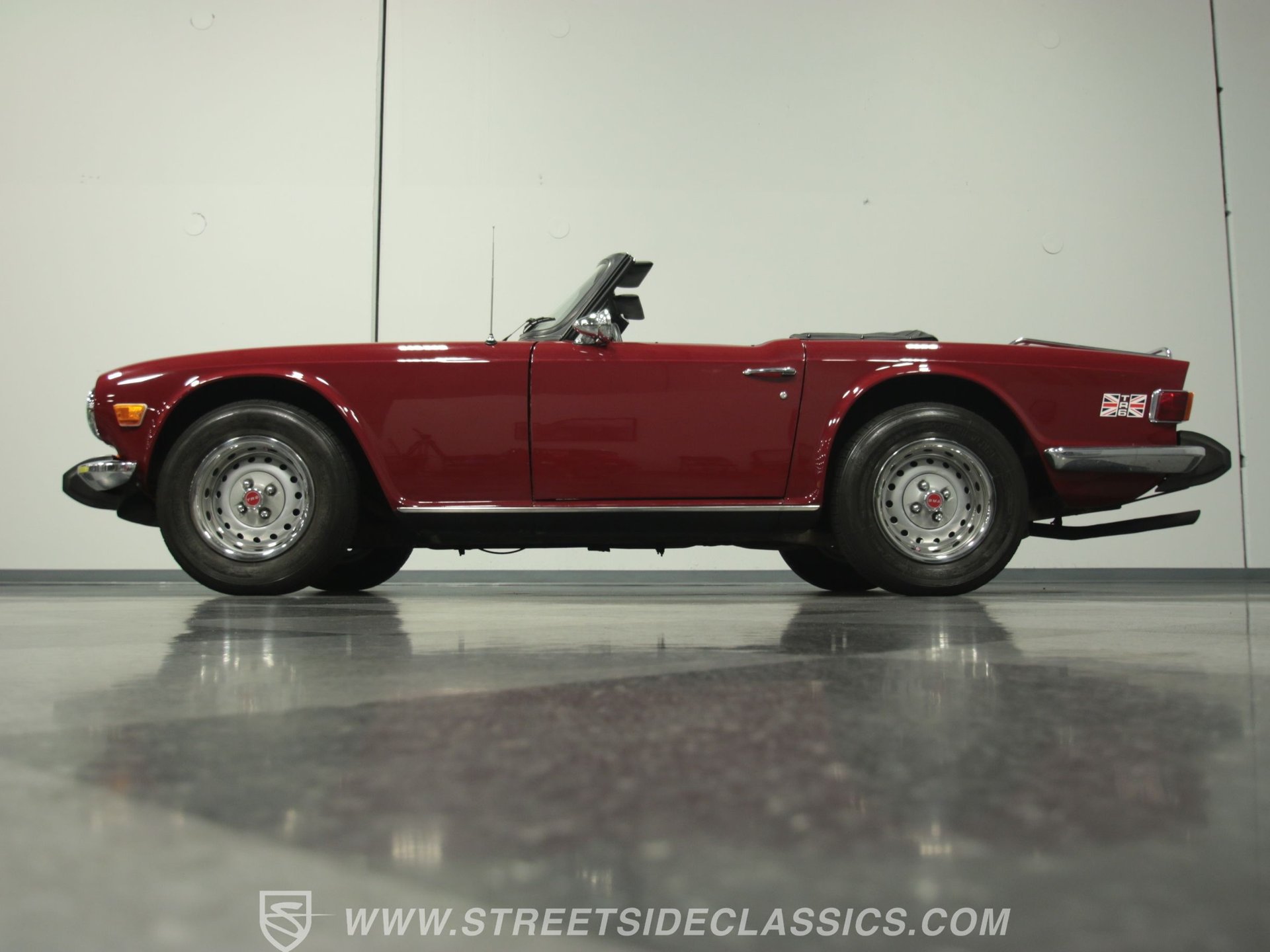