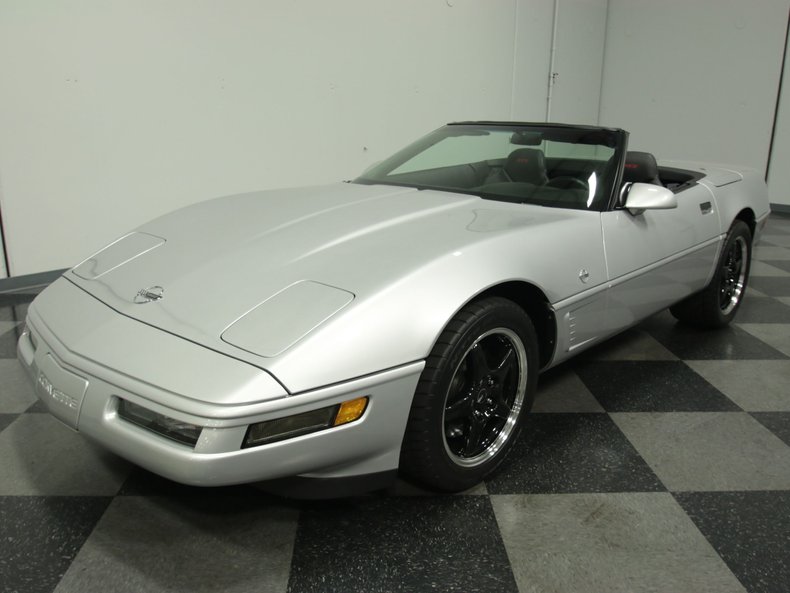 Chevy gave the C4 Corvette a grand send-off by creating an upgraded small block engine known as the LT4. It offered more horsepower and it loved to rev, and then packaged it in a special-edition car known as the "Collector Edition." Showing just 5.273 actual miles, this awesome 6-speed Corvette convertible remains, as the name implies, a car that should be collected and preserved.

With only 1381 Collector Edition convertibles built, you see far fewer of these at shows than the Grand Sports and not many have survived with low mileage like this one. Showing just 5273 original miles, this Sebring Silver 'Vette justifiably demands a premium over its garden-variety siblings. With the ZR-1 gone, this was the top performing C4 in its final year of production and it might even be considered a sleeper, if a bright Silver Corvette convertible could ever be such a thing. The paint is original and aside from the black A-mold wheels stuffing the fenders, it looks like any other Corvette. Of course, that's a good thing when the finish looks this good, which comes thanks to two decades of being a cherished toy rather than a transportation appliance. You can't argue that the C4 wasn't a great-looking car and even today they command respect on the street. This one also offers a clean chin spoiler, nice rocker panels that haven't been beaten up with road grit, and GM somehow managed to resist covering it with "special edition" emblems, so it's quite a sleeper.

The black leather interior is one of the C4's best features, with grippy bucket seats that are all-day comfortable and all the creature comforts. Again, this one is entirely stock, although inside you will find some unique "Collector Edition" embroidery on the head rests. The seats show only minor comfort marks but definitely no damage or significant wear, the carpets are still protected by factory mats, and the door panels haven't been cooked by the sun. All the gauges are fully functional and the digital segments of the dash are bright and crisp, something that always seems to be an issue on lesser cars. And, of course, ordering the LT4 engine meant you had to shift for yourself, as the 6-speed manual transmission was the only choice. The long list of options includes power windows, locks, mirrors, and seats, automatic climate control, cruise, and a powerful AM/FM/CD stereo system that sounds great even with the top down. And speaking of the top, it's a handsome black canvas setup that includes a heated glass rear window.

The LT4 engine boasted a number of improvements and its willingness to rev makes it a blast to drive. It's easy to spot with its red intake manifold, and like its brother the LT1, modifications are plentiful. Fortunately, this one remains completely stock, which is how you want your investment cars to be, and that also means it starts easily, idles smoothly, and runs like it should. With so few miles, it's just getting broken in and you know it hasn't been abused or raced, but instead properly maintained by owners who respected its history. The suspension is competent without being too harsh and the undercarriage is amazingly well-preserved and very clean, so no worries about future issues here. The standard wheels were 17-inch "A-mold" 5-spoke alloys, which have been removed and preserved, along with their original Goodyear GS-C radials, and replaced with black wheels similar to those on the Grand Sport and a set of fresh Nitto radials.

Heavily documented, this rare 1996 Corvette is the answer to the question, "Why aren't there any affordable investments?" Buy now, profit later, have fun the whole way. Call now! 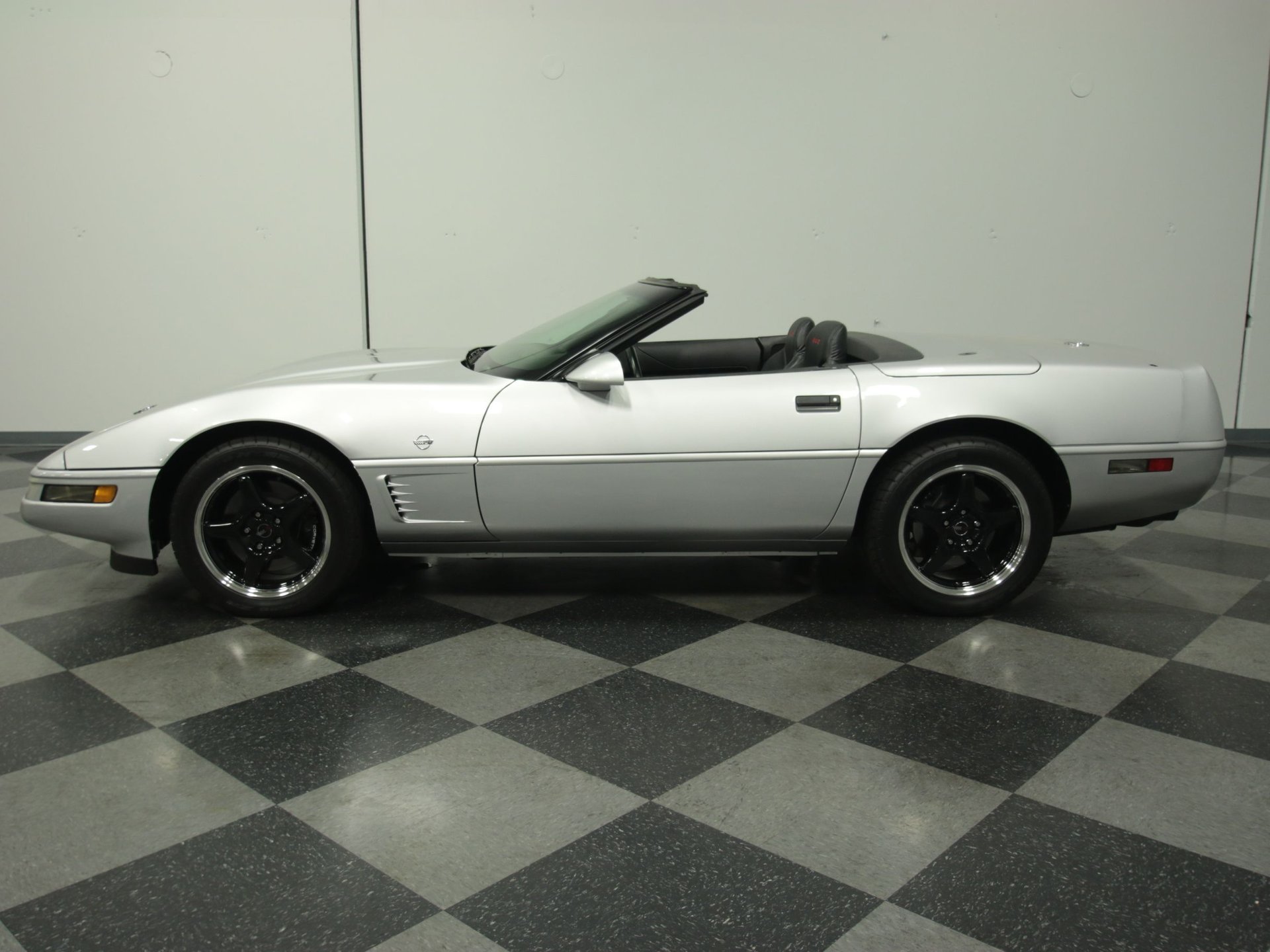