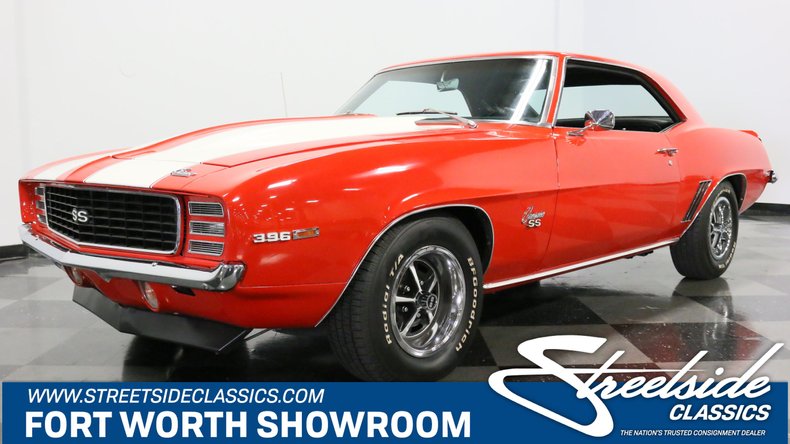 It's got some serious big block power under its hood that's just waiting to perform and it carries all great features that come by way of its top-tier look. This 1969 Chevrolet Camaro pays homage to the best equipped, most desirable configuration of the era's Camaro nameplate and scores big as far as both looks and power are concerned.

This '69 closed out Chevy's first generation of Camaros in style. Decked out in a magnetic shade of red that's nicely accented by white stripes properly positioned for its year, this is one muscle car that's sure to turn heads. The paint makes a great showing, with a strong shine and smooth texture and, as you circle the car, you'll see that the array of chrome and brightwork is in consistently good condition - the bumpers both fore and aft sit table-level and look ultra-clean while the SS callouts really pop against its bright background. Combining both the SS and RS designation brings with it the hidden headlights, specially designed tail lights and more extensive trim than other models. 1969 brought some changes for the model that are displayed to great effect on this car, including the lower stance, wider track and the pronounced V-shaped front grille.

The interior has been nicely restored while retaining an almost entirely original configuration - just a quick glance into the cabin will make you want to climb inside, take your position in the driver's seat and get out on the road. Both the front buckets and rear bench seat are in fresh condition and feature a nice mix of cloth and vinyl as they sit over an expanse of clean black carpet. The original steering wheel still holds its position on the column and the factory gauges sitting in the instrument cluster just beyond it function just as intended. The dash area is in very strong condition - its woodgrain accents look to have been recently applied and you'll find no cracks in the dash pad above.

Things are in very good order under the hood, where a 402 cubic inch armed with a 4-barrel carb sits between the shock tower to power this classic. In addition to its substantial displacement, the engine is in very good form, starting right up when called upon, running strong and sounding great through its dual exhausts. It teams with a 4-speed manual transmission that's shifting securely and is navigated by the Hurst shifter waiting inside. Power steering makes this member of classic Chevy royalty easy to navigate, while power brakes that feature discs up front bring its set of 14" stock Camaro wheels wrapped with BF Goodrich T/A radials to prompt, fade resistant stops. A look below will confirm that this Camaro's undercarriage is looking nice and solid. 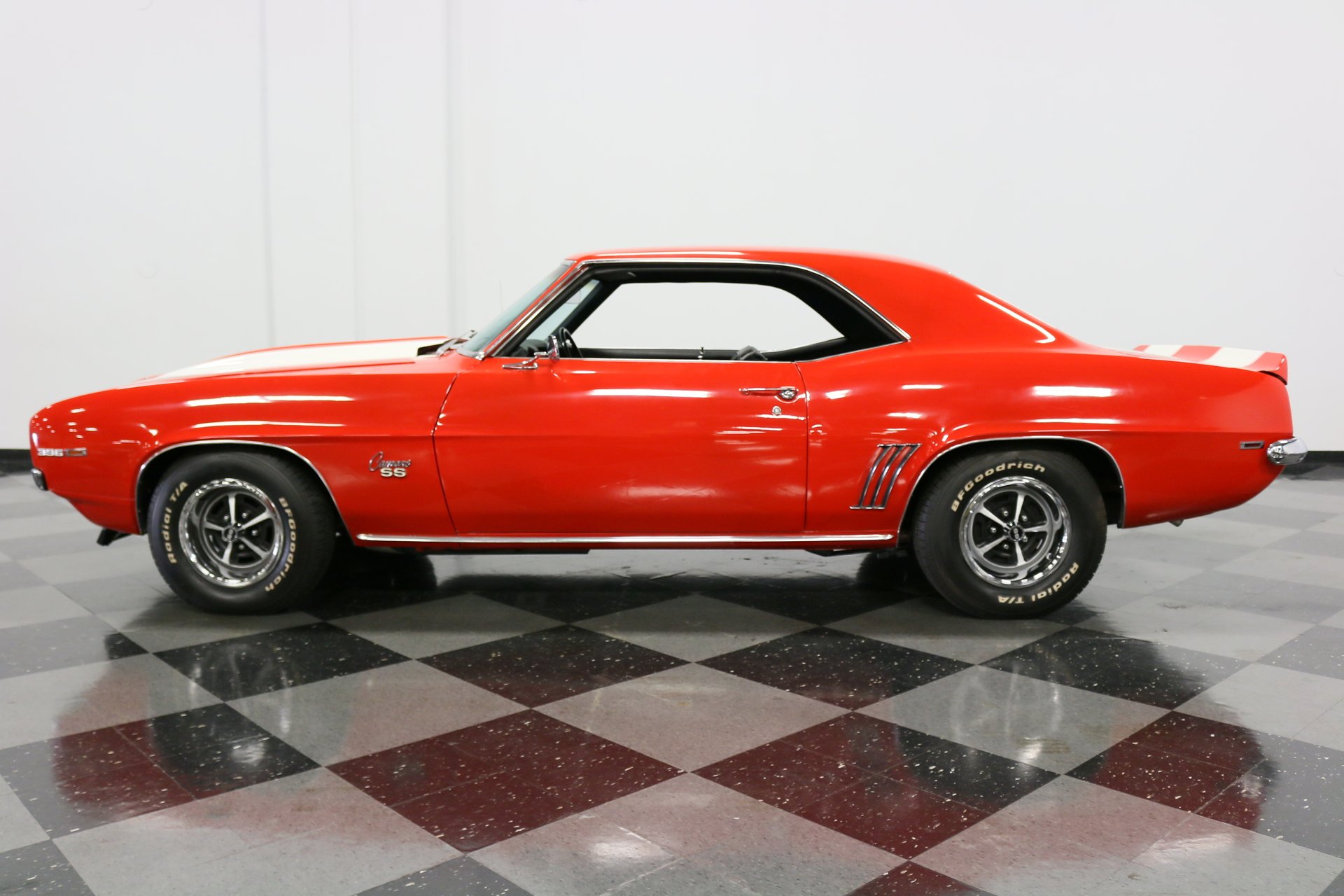