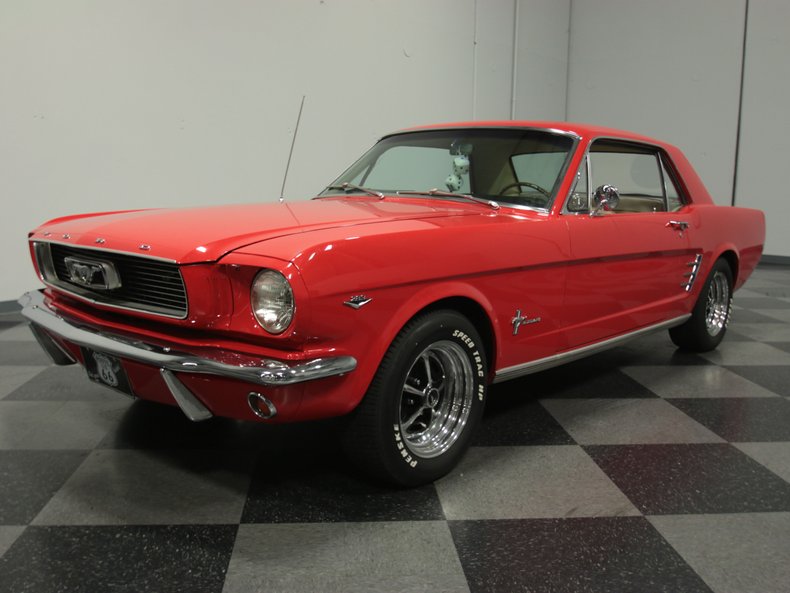 If you're looking for your first collector car, affordable sunny weather transportation, or just have a soft spot for vintage ponies, this 1966 Ford Mustang coupe is a great choice. It's not a show car, it's not a pedigreed car that you should buy as an investment, it's just a neat little coupe with V8 power and the same charm that's infused into every early Mustang ever built, and that's very much a good thing.

This handsome little coupe wears the most popular of Mustang colors, Signal Flare Red, which we feel is an excellent choice on any early Mustang. No stripes are necessary and it instead offers a high-visibility early Mustang look that was much more like what you'd see on the streets in 1966. They did a good job with a good shine and minimal orange peel in the modern urethane finish, which is easier said than done, and aside from a few small blemishes from being driven, it really looks good. Not perfect, mind you, but good enough to get thumbs-up gestures in traffic but not so nice that a full parking lot scares you into going home. Panel fit is actually quite good, particularly the trunk and the bumpers, which hug the body tightly, and thanks to the Mustang's huge popularity, much of the trim is available aftermarket so it all looks very uniform. It's actually kind of refreshing to see an early Mustang that isn't trying to be anything other than what it is: fun V8-powered transportation.

The Mustang's interior is always a friendly, welcoming place, and this one is no different. It's got the patina of a set of comfortable old jeans and that's perfectly OK with us. Ford called the color "Palomino," which is a light tan that works rather well with the bright red paint. We're guessing that a lot of it was replaced a few years ago, so it remains in very good condition with only the usual signs of use. The five-dial gauge panel became standard in 1966 and holds a pretty complete set of gauges in a woodgrained panel and the matching steering wheel really does look sporty. A modern A/C unit hangs under the dash doing a good impersonation of a dealer-installed period piece and there's a newer AM/FM/CD stereo head unit under there as well, so you don't have to sacrifice entertainment in your new daily-driver vintage Mustang. The trunk shows quite well, offering plenty of bright red paint, a correct mat set, and a full-sized spare with cover.

This is a C-code Mustang, which means a 289 cubic inch V8 with a 2-barrel, but somewhere along the way this one got a nice upgrade to a 302 cubic inch from a later car. A few extra cubes never hurt and as a result, this Mustang is plenty peppy around town and has a great V8 sound from the twin tailpipes out back, both critical elements to Mustang ownership. The engine sports a few performance upgrades, including a 4-barrel carburetor, but for the most part the upgrades are totally invisible; even the decals show a correct 289 cubic inches. The 3-speed manual transmission is a willing partner for the V8 and shifts crisply and the 8-inch rear end has highway gears in it so cruising around town or across the country is pretty drama-free. The largely original and remarkably tidy undercarriage is a great foundation for any Mustang and includes a nice-sounding dual exhaust system, some new front-end components, and a fresh gas tank out back. Classic Magnum 500 wheels are an aggressive look on any early Mustang and look great here.

This is just a nice little Mustang that's going to be affordable to own and operate and will always bring a smile to your face when you're behind the wheel. And really, is there more to ask from an old car? Call today! 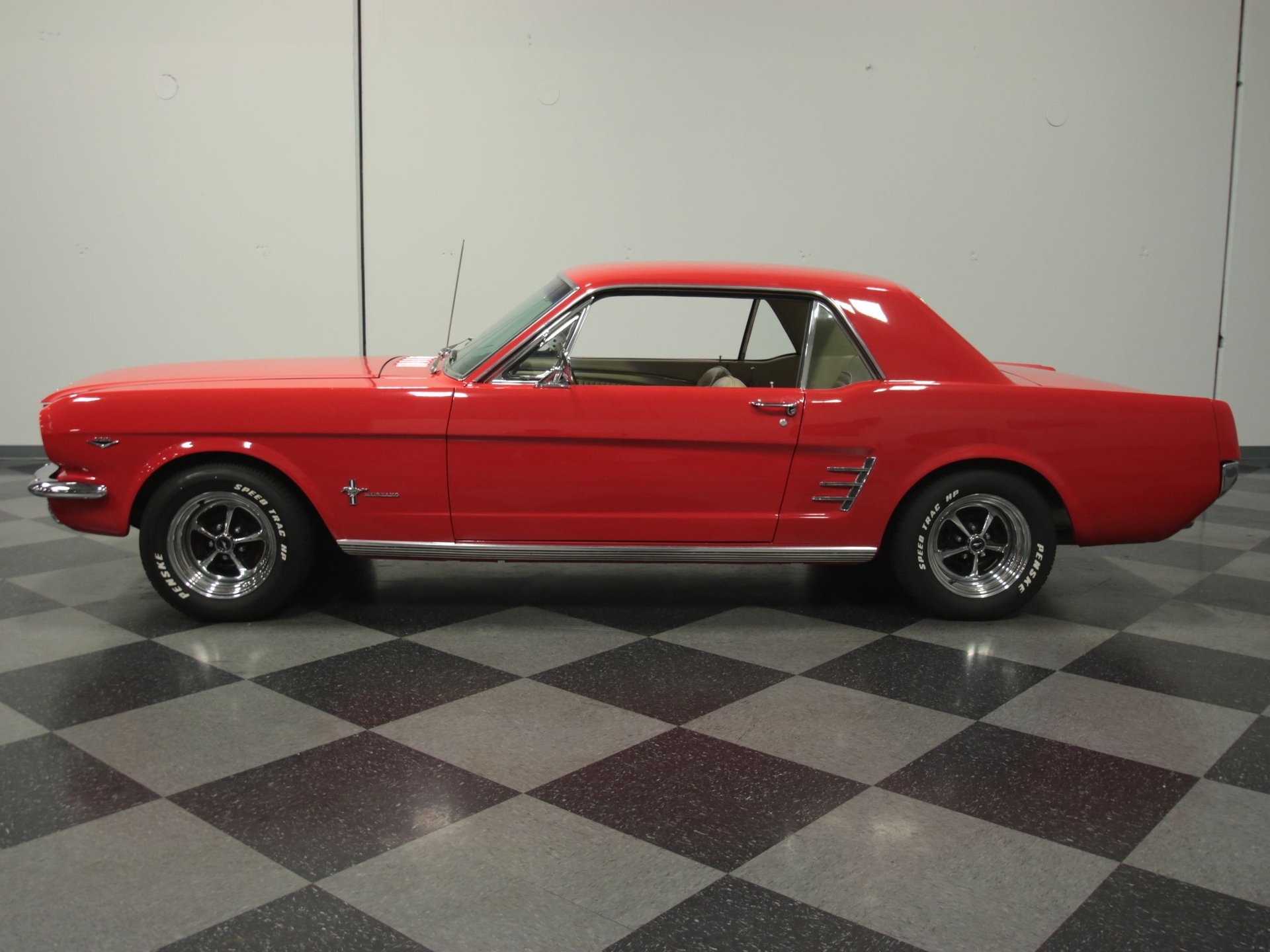