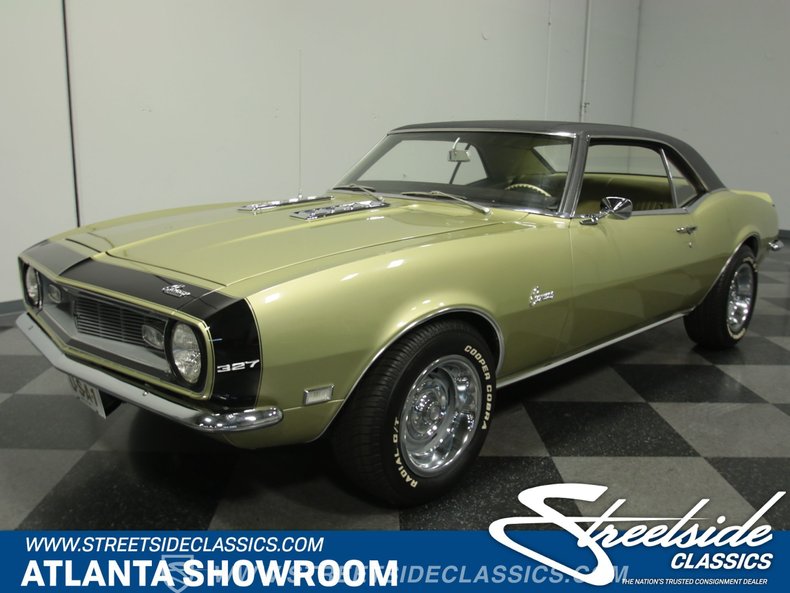 This 1968 Camaro does a lot of things right. First, it has its matching-numbers 327 under the hood, which is always nice. It's also remarkable because of the unique color combination, which is original to the car. It's not modified or a fake, it's just a clean V8 Camaro that looks awesome and is content just being itself, and that's very, very cool.

For many enthusiasts, the best cars are those that are as the factory intended. Sure, resto-mods can be cool, but with this unusual Ash Gold Camaro, you can see the purity of the original design and understand why Mustang designers were scrambling to come up with something new. Face it: the base Camaro coupe is SLICK! Look at the arch of the rear fenders that suggest big horsepower underneath, the smooth flow of air over the roof, and the long hood that make muscle cars, well, muscle cars. When you're not fixated on the next cool add-on, you can spend time on more important things like bodywork, which is quite straight with good gaps all around. You can invest in paint, which is two-stage urethane that has a deep shine that sparkles and shows extremely well, especially with the black stripe around the nose. And you can get all the little stuff right, ranging from the chrome bumpers to the taillights out back. Add in a correct black vinyl top and you have an F-body that looks like it should be owned by a grown-up.

The code 722 Gold bucket seat interior works well with the bodywork, offering new seat covers, door panels, carpets to give it a factory-fresh feeling. All the stuff that makes Camaros awesome is here, ranging from the deeply-recessed instruments with bright, clear faces to the hooded center stack that houses controls for the heater and original AM radio. Yeah, it's a Powerglide, but who cares when you have that horseshoe shifter in the center console to play with? Dig deep-dish steering wheel, the woodgrain appliques, and the new knobs and handles, all of which look quite authentic and add a lot of visual jewelry. You'll also be pleased to see that the trunk has no secrets hiding under a mat, just original-looking sheetmetal that looks like it's been living someplace warm and dry.

The car still carries its original LF7 327 cubic inch V8, which was rated at 210 horsepower from the factory. The decal on the air cleaner might imply that it's an L30, but there's still a factory 2-barrel carburetor living underneath. It has been beautifully restored and brightly finished with Chevy Orange engine enamel, all set into a satin black engine bay so it looks very purposeful but not over-dressed. Power steering is a welcome addition to any early pony car (it wasn't always standard equipment, you know) and there are a lot of new parts so it's ready to enjoy. Underneath, it's solid and nicely kept, with the aforementioned Powerglide and 10-bolt rear, plus a fresh Flowmaster exhaust system and gas tank hanging out back. It gets its stance from factory Rally wheels and big 235/60/15 rear white letter radials.

If you appreciate the Camaro, then surely you appreciate one that isn't trying too hard and that sticks to the original recipe. It's still fast and fun, and it'll really stand out at shows. Call today! 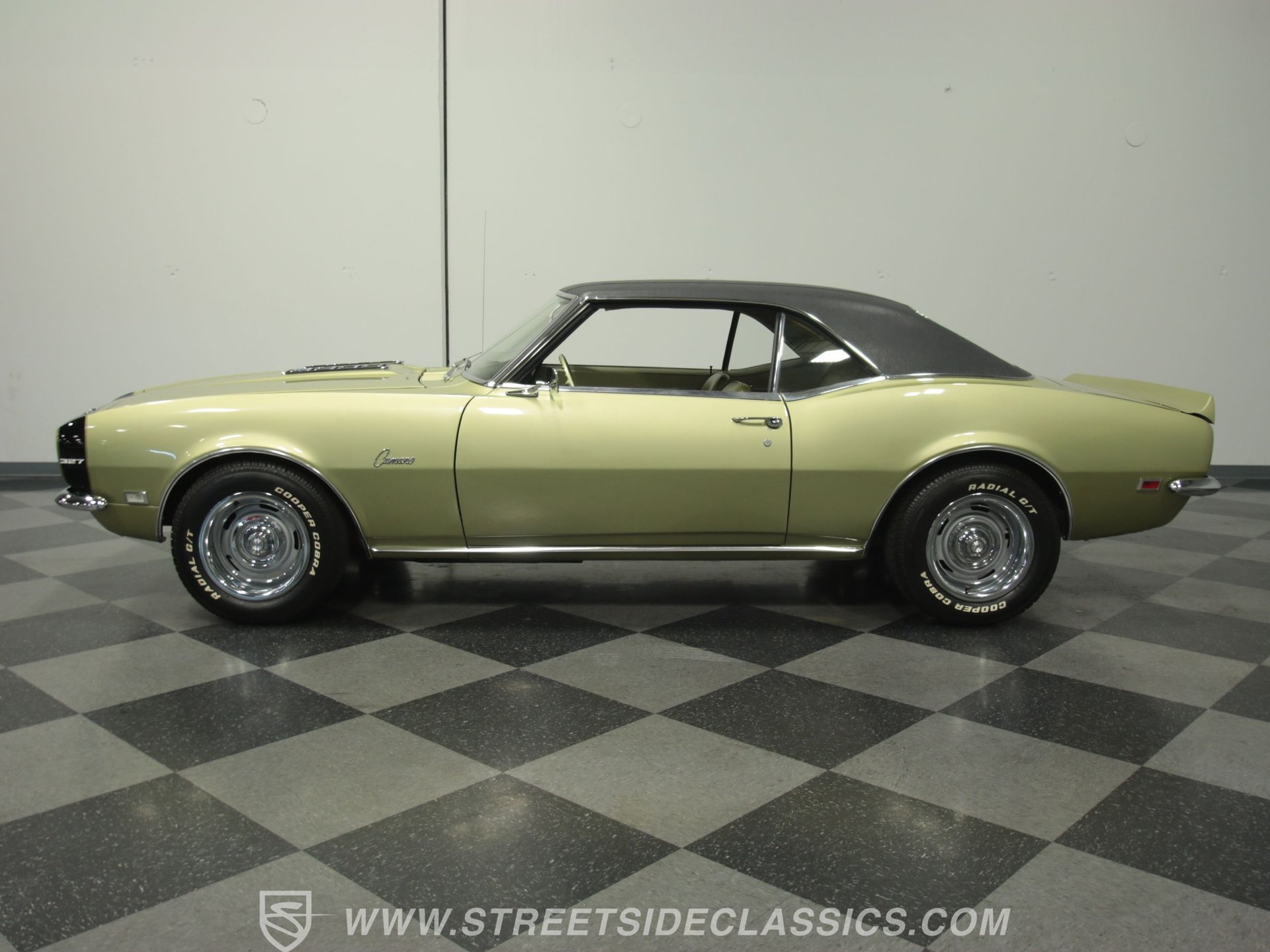