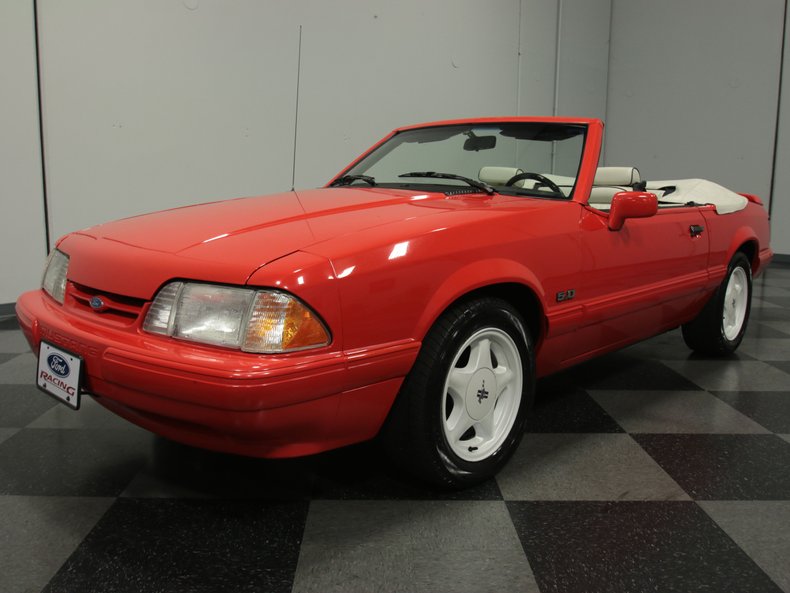 At the end of Fox-platform production, Ford rolled out some special edition Mustangs, the most popular of which was this 1992 Mustang Summer Special. Painted a unique bright red and fitted only with a white leather interior and special white wheels, it has a distinctive look that makes this particular 5.0 stand out from its siblings.

You can spot these cars instantly, because the vivid red paint is a lot brighter than the usual reds found on garden-variety Mustangs. In addition to that paint, they're also easy to spot with their painted windshield frames (most Mustang convertibles had plain black) and a rear wing instead of a faux luggage rack. It's amazing how well the Fox-body Mustangs have aged; everyone knows them, everyone loves them, just like the early pony cars. This one has lived an easier life than many 5.0 Mustangs and shows extremely well for being nearly 25 years old. The paint shines up beautifully, it has not been wrecked or driven in the winter, and all the usual Mustang things are still nice: the grille at the base of the windshield is still black, not gray, the headlights aren't cloudy, and the weather seals are in great shape. It's completely stock visually, even retaining the stock ride height, so if you want one that's close to what you had when you were younger or you've always admired these cars, you could do a lot worse than this.

The white leather interior with black piping on the seats was also part of the package, and it's one of the most handsome interiors to be found in a Fox Mustang. The seats are supportive and nicely set up for spirited driving and the gauges, all of which are functional, remain a great example of how to get it right. These cars came loaded from the factory, and it includes cold A/C, power windows and locks, cruise control, and a good-sounding AM/FM/cassette stereo. Door panels, dash, and carpets are very nice original pieces, and in black they provide nice contrast to the white upholstery and prevent it from being too bright inside on a sunny day. Overhead there's a snug-fitting white power top and a matching white boot that keeps it looking sleek when the top is down. The trunk isn't giant, but it's very clean and includes the original spare and jack assembly.

Ford's familiar 5.0 needs no explanation, and it works as well here as anywhere else. With a few modest modifications aimed more at improving street performance than all-out power, it's a fantastic driver. The most obvious upgrade is the Cobra-spec intake manifold and cold air intake system, which help the 5.0 breathe a little better at high RPM. An MSD ignition system gives you almost instant starting and throttle response, and a chrome strut tower brace makes a noticeable difference in front-end rigidity. For reliability, there's an upgraded alternator, a big aluminum radiator with electric fan, and silicone cooling hoses from the police package Mustangs. It's backed by a smooth-shifting AOD 4-speed automatic transmission that's been fitted with a deeper pan, while the 8.8-inch rear end has a reinforced cover. The exhaust consists of long-tube headers, a custom X-pipe, and Flowmaster mufflers, so it's got that familiar 5.0 sound and the suspension is upgraded with polyurethane bushings to sharpen up the handling a bit. Original 16-inch "Pony" wheels are, of course, bright white and fitted with 225/55/16 performance radials.

A great combination of looks and performance, these 5.0 Mustangs can't stay this cheap forever. Start having fun today and give us a call! 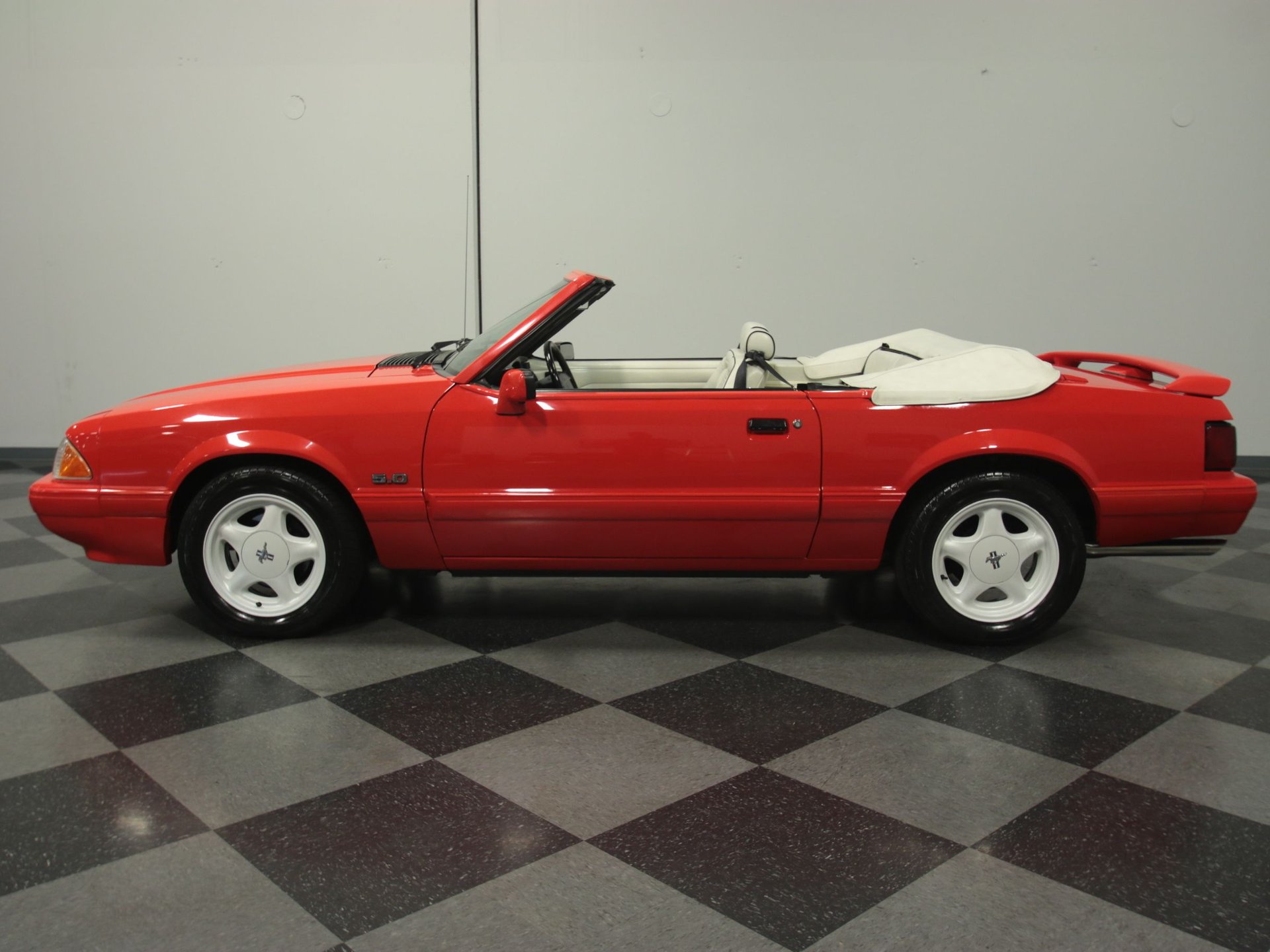