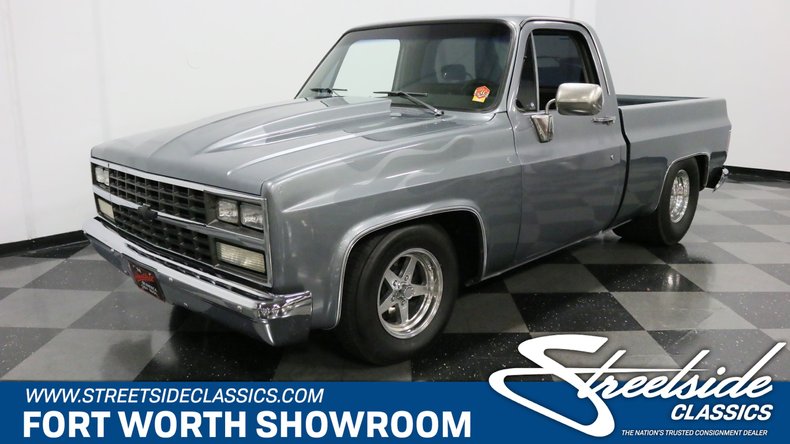 That gun metal like finish and the deep throaty rumble coming from under the cowl hood lets you know that something special is approaching. This 1980 Chevrolet C10 Pro Street is a square-bodied beast of a truck. It features plenty of big block power, as well as some well-executed modifications both inside and out that not only provide it with undeniable head-turning ability, but also with a driving experience you won't grow tired of.

The graphite metallic shade draped over this Chevy's rugged exterior brings out its best and is in strong condition, accented by hand-painted silver ghost flames up front that are a bit subtler than most you come across and they really add a nice, distinctive look. C10s of this era featured robust rectangular grilles to complement the sharp edges of their front clips and the one here is a great representative, with its jet black interior and clear pair of dual headlights residing inside. The bumpers in both front and back are in fine shape - they sport a nice shine, sit level and don't show evidence of any mishaps. Just a brief polishing applied to the side mirrors and this truck will have the meter pegged on curb appeal. Swing around to the back and you'll see how skilled craftsmanship has cleared the way for some massive rubber in back without leaving any Frankenstein-ish patchwork in the process. In fact, the exterior alignment on this classic is solid from front to back.

The interior has been redone in style while still holding true to this truck's no-nonsense identity. The bench seat features a black tweed cover that's matched by the door panels to either side, as well as the headliner, dash pad and sun visor for a well-finished, cohesive look. The seating's well-padded condition and fresh look indicates it hasn't seen all that much activity since being installed and all the components for its factory air conditioning look to be in place but it does look to need servicing to get back online. Same goes for the AM/FM/CD radio that's been installed. It's like the intent was to let the engine sing your tunes while rolling with the windows down for full effect. An updated Chevy steering wheel sits on a tilting column and if you peer through it, you'll see that the factory gauges in the cluster are still clear and easily readable. The bed area in back is in very solid shape - the well-crafted, tubbed wheelhouses let you know that there's massive rubber just below.

This Chevy wields some serious power. The big block sitting under the hood began as a 454 before being bored out to a full 468 cubic inches. It features a pair of Brodix heads, as well as an Edelbrock Performer intake manifold and Holley 4-barrel carb, to make the most out of its substantial displacement and it sounds great as it exhales into its aftermarket headers leading to dual exhausts. The 3-speed automatic TH350 transmission situated just behind it has been outfitted with dual transmission coolers, so its well-equipped to handle inspired driving, and a fuel cell replaces the original tank for an added measure of safety. Power brakes that feature discs up front, as well as power steering, are on board so this C10 handles easily and stops promptly on its set of 15" Weld Alumastar wheels that feature massive, asphalt-grabbing Mickey Thompson Sportsmans in back. 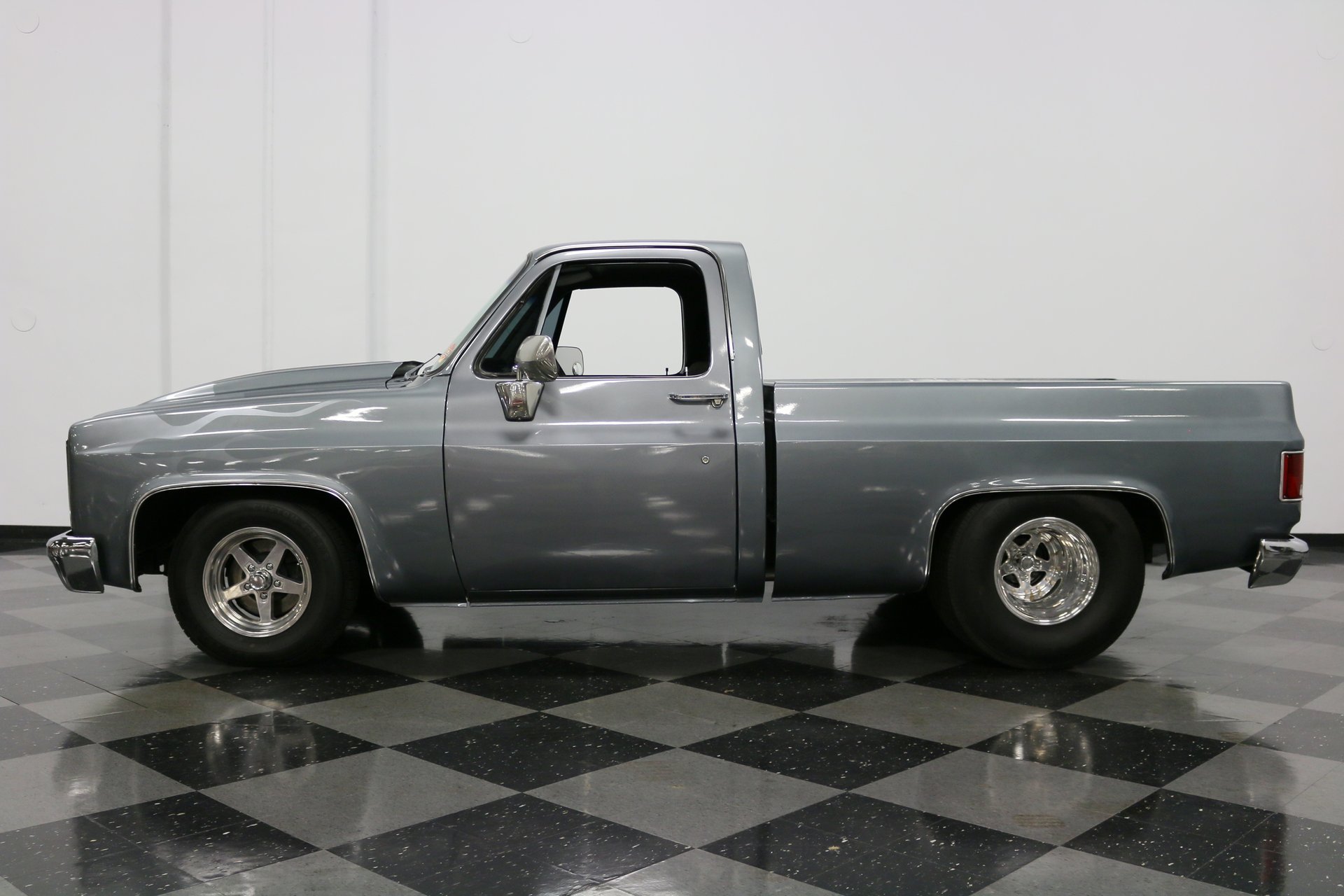